If you have to make it simple, Warren Buffett is in the compounding business. That is what he has done since he was a young boy. He started with selling gum. He moved on to working inside the family firm.

By the time he linked up with Ben Graham, there were still a lot of “cigar butts” to pick up and puff.  In that era compounding was easy because the post-depression competition was so low in stock-picking.

But by the late 1960s almost all of the ‘cigar butts” had been picked up and smoked.  Easy pickings were gone, and Buffett was saddled with an unproductive textile company – Berkshire Hathaway Inc. (NYSE:BRK.A) (NYSE:BRK.B), and a mediocre-to-bad department store in Baltimore.

He decreased the activities of the textile company, and reinvested the free cash flows predominantly into insurance, including buying half of GEICO.

(As an aside, Buffett was not a great manager of insurance companies at the beginning, and even the middle.  His early companies had their issues.  Jack Byrne did well running GEICO, followed by Tony Nicely.  Buying Gen Re was a mistake, at least initially – he bought something so complex, and he assumed that all would be fine, setting himself up for losses in the derivative book, and also in the casualty book, where they were reinsuring losses to avoid accounting issues.)

Then came the era of investing permanent capital, where he bought the “sainted seven,” and they produced profits for him.  He made more money off his public equity investments in the era of the 80s & 90s, but in short order thereafter it shifted.  Berkshire Hathaway was no longer an investment company akin to a closed end fund or a business development company – it was a full-fledged conglomerate.  That’s how we should think of it today.  Berkshire Hathaway is a conglomerate that gets a lot of its funding from insurance premiums.

He occupies a unique niche in business.  He will acquire entire firms that are attractive to him, does not change their underlying culture, and rarely if ever sells them.  This appeals to entrepreneurs who built a unique culture, and love their employees.  They will sell to Buffett, because alternative acquirers very likely would destroy the employees and culture for the sake of short-term gain.  Buffett is focused on the long run, and is willing to let a subsidiary underperform for a while, before he sends in additional management to sort things out.

Buffett has a tremendous memory. He knows all manner of statistics regarding industry, which informs him in his investment decisions.  That is one reason why he makes so many wise decisions.

But another area of Buffett’s wisdom was against the Efficient Markets Hypothesis.  Whether in his debate against Michael Jensen in 1984, which helped to produce the article, “The Superinvestors of Graham and Doddsville [PDF, 13 pages],” or in his annual shareholder letters, that risk is not volatility – risk is the permanent impairment of capital.

If you work with a margin of safety, and buy companies that will produce free cash flow, and can grow free cash flow, you will be safer than most investors, and probably more successful as well.

I’ll finish up this review tomorrow. China Unicom to Step Down from NYSE in October 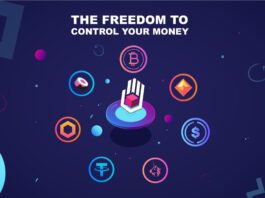 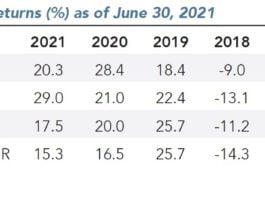