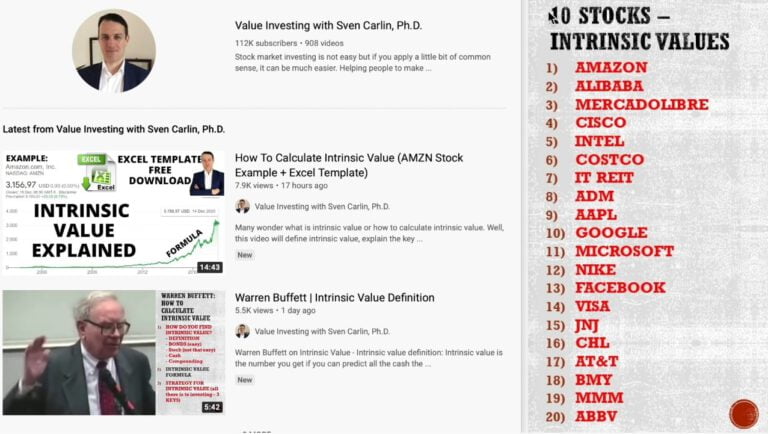 ﻿I have applied the intrinsic value template discussed yesterday to a few stocks. This is not a stocks to buy sell recommendation because checking intrinsic value is just a first step. The story is what counts and I’ll do a few stock analyses videos on the interesting ones.

The following is a computer generated transcript and may contain some errors.