Whitney Tilson’s email to investors discussing that he is obsessive about many things, including Musk and Tesla Inc (NASDAQ:TSLA); an alleged affair to remember; Elon Musk’s antics turn owners and would-be buyers against Tesla; Spiegel July letter; tweets.

1) I had to chuckle at a few of the emails I received in response to my coverage last weekend of the WSJ story about Musk’s affair with Sergey Brin’s wife and his subsequent denials. One accused me of being obsessive and another of trafficking in irrelevant gossip.

My reply: yes, I can be quite obsessive about many things, from value investing to school reform to rock climbing/mountaineering, etc. That’s why I have more than 20 email lists.

And yes, I am very much obsessed with Elon Musk and his companies, in particular Tesla and SpaceX. I find him endlessly fascinating – one of the most remarkable engineers and entrepreneurs in history, yet also an out-of-control, narcissistic, pathologically lying a**hole. Other than Buffett and Munger, I have never studied anyone more closely.

In light of this, OF COURSE I’m going to cover the Musk-banging-his-close-friend’s-wife story!

This email list is for people who share my interest/obsession with Musk and Tesla. If you don’t like it – if it’s not what you expected or wanted when you signed up – then don’t send me a nasty email, just click the unsubscribe link I include at the top of every Tesla email I send out and you won’t ever receive one again.

2) I actually think the WSJ story, if true, isn’t irrelevant gossip, but is highly relevant because it speaks to the judgment and self-control of the world's richest man. To me, it’s further evidence (along with just about every action he’s taken related to investing in and then making a bid for Twitter, sexually harassing the masseuse on his jet, impregnating a woman that’s his direct report, etc., etc., etc.) that he's gone completely off the reservation.

What on earth could he have been thinking banging the wife of the world's 8th richest man, a major investor in his companies, and, most importantly, his close friend, no matter how separated they were???

The answer: all too often, he doesn't think. He just says, tweets, or does whatever pops into his mind at that very moment.

That's something any current and potential investor in any of his companies should know and carefully consider...

4) Another reason Musk’s antics are relevant is that they could affect it’s brand and sales (though I doubt it), as this Bloomberg article notes: Elon Musk’s Antics Turn Owners and Would-Be Buyers Against Tesla. Excerpt:

Before it was reported Musk had an affair with Sergey Brin’s wife, which he’s denied; before his slipshod deal, then no-deal, to acquire Twitter Inc.; before the revelation he fathered twins with an executive at his brain-interface startup Neuralink; before SpaceX fired employees who called him “a frequent source of distraction and embarrassment”; before his daughter changed her name and legal gender after his history of mocking pronouns; before an article said SpaceX paid an employee $250,000 to settle a claim he sexually harassed her, allegations he’s called untrue; Musk’s behavior was putting off prospective customers and perturbing some Tesla owners.

6) Here’s a 9-tweet thread about the EV tax credits in the new Manchin deal. Here’s the first one: 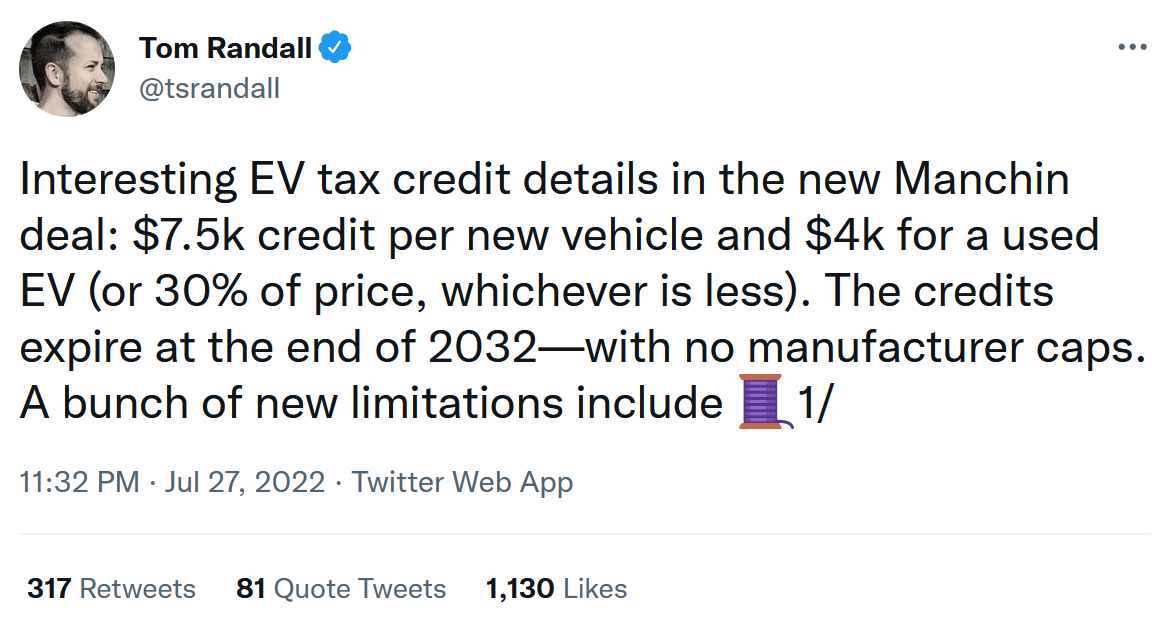 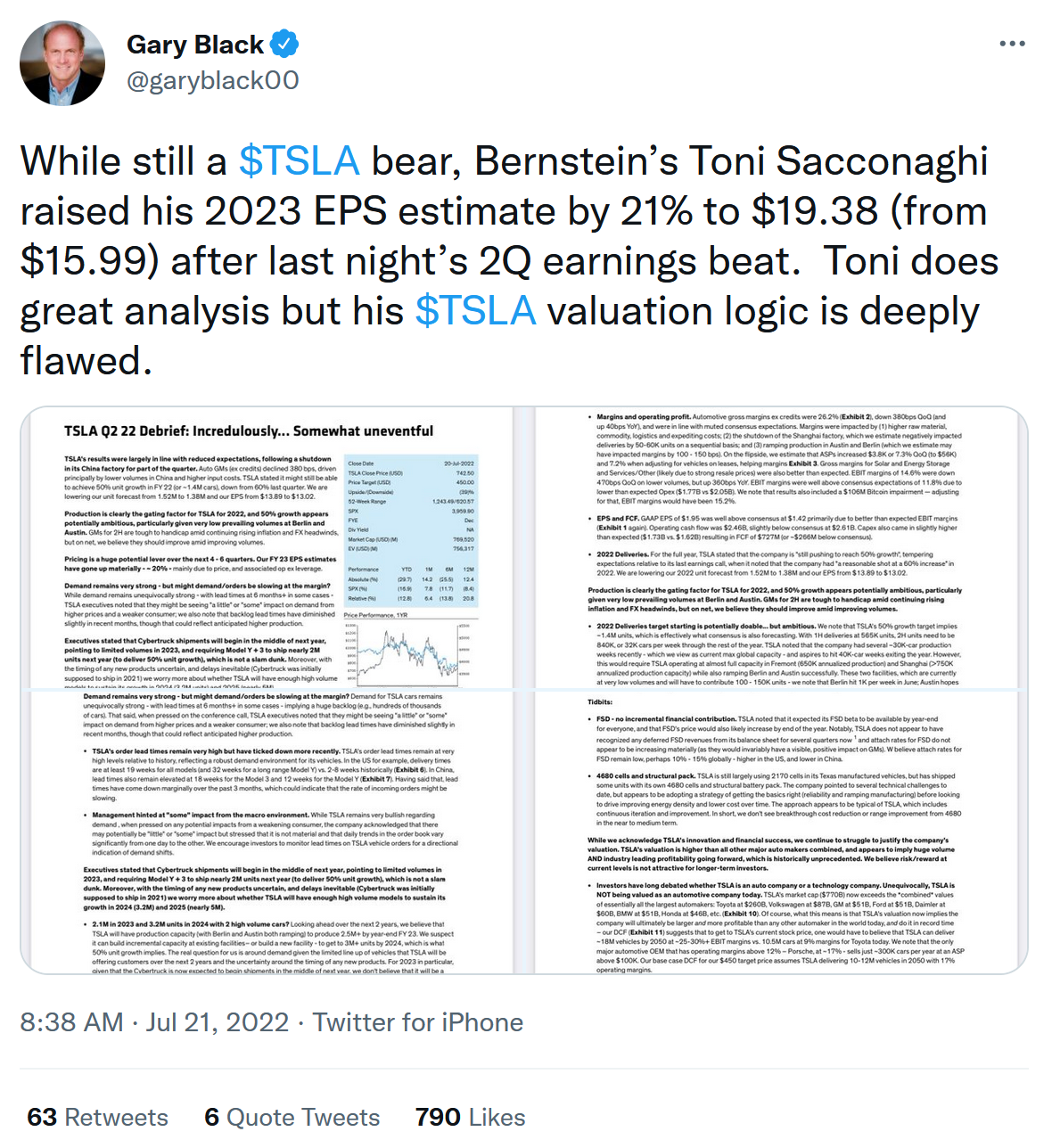