How to recognize recency bias

How could this, obviously well-paid, lobster-eating yuppie analyst be so wrong? Overconfidence is a likely candidate, but so is recency bias.

What is recency bias?

Recency bias is a cognitive error that tricks you into believing that what has happened recently will continue to happen again. Our yuppie analyst above thought the S&P 500 would gain 20% in the year 2000 because it had gained about 20% in 1999 and almost 30% in 1998.

Your brain is wired in such a way that recent memories are easily accessible. Hence, it’s completely normal that you think the market will perform well when we’re in a bull market. Even though you, like most investors, are aware of the cyclical nature of the stock market.

Why is recency bias a problem?

Clouded judgment due to recency bias may make you hold onto stocks even though you acknowledge their high valuations or other warning signals. Conversely, it can also make you stay on the sidelines too, not buying stocks when they’re cheap and the market is depressed. Hence, you get the timing pretty much wrong both ways.

Furthermore, recency bias may lead you to invest in a fund that has had the best performance in the recent past or to allocate more capital to an asset class that performed strongly in the last few years. However, there’s a lot of research showing that this has been a losing strategy for many investors and that it is probably better to invest in recent losers rather than recent winners, De Bondt and Thaler (1985).

How to deal with recency bias

As with many cognitive biases, increased awareness takes you far when dealing with them. It’s unlikely though—and may even be suboptimal—that this will entirely change how your brain works, so you’re better off just making sure that the most recent events or performance are not the only data points you use to form a baseline for your decisions.

Another way to reduce the impact of recency bias is to use a “periodic table of investment returns” named and modeled after the periodic table of chemical elements. The Callan Periodic Table of Investment Returns seems to have been the first (feel free to correct me if I’m wrong in a comment below) where you can see annual returns of various asset classes over the past 20 years. Another take is Ben Carlson’s Asset Allocation Quilt. Have a look for yourself, and you’ll see that it’s not very often that the best performing asset class in one year is also the best performing in the next.

When making decisions about the future, don’t use yesterday as your only reference point! 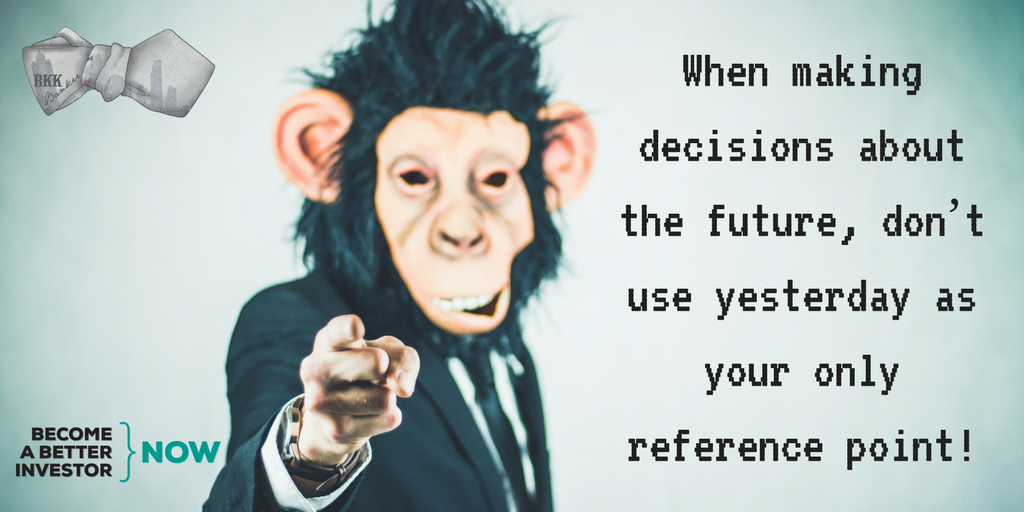