However, the reality is quite different. While decentralization is often flaunted by every blockchain, both Bitcoin and Ethereum may not be as decentralized as they claim to have been.

Current State of The Mining Landscape

Bitcoin, Ethereum, and any other project based on Proof-of-Work depends on users to use their computing power to prevent double-spending and make Sybil attacks difficult. Given the gigantic computing power, over 102 million terahashes per second harnessed in Bitcoin, users believe that it is highly unlikely for any entity to acquire such power to attack the network. 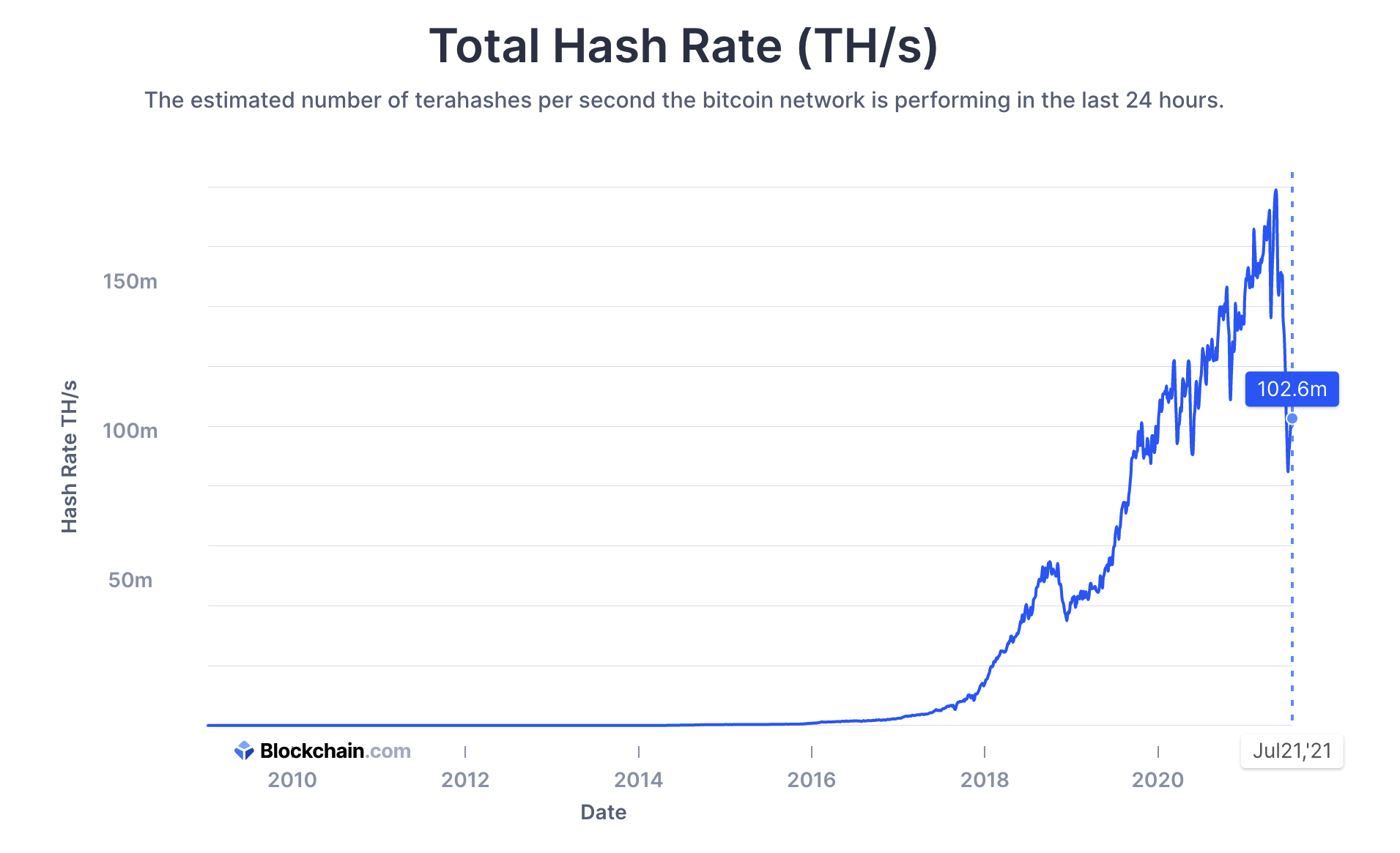 However, taking a quick look at the distribution of computing power in Bitcoin reveals that the power of mining pools far thwarts the power that individual users dedicate to mining, allowing centralized institutions to effectively control the network. As of today, five mining pools control more than 80% of the hash power in Bitcoin, making it impossible for normal users to run a mining node on their own. 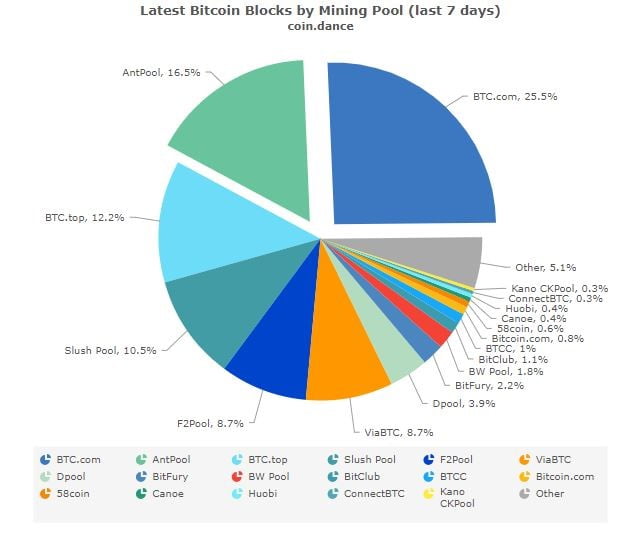 This concentration of hash power is rather dangerous, considering mining and block generation in Bitcoin was initially designed to be decentralized. The emergence and dominance of mining pools has made it increasingly difficult for the average user to contribute to the network. Satoshi Nakamoto initially envisioned the mining process to involve one vote per computer; however, the optimistic vision was later tainted.

By 2012, hardware devices called ASICs built for the specific purpose of mining Bitcoin had taken off, driving Bitcoin mining on its way towards specialization and industrialization. Today, economies of scale, access to cheap electricity, and waves made by institutional players at the hardware level have made it almost impossible for the average user with a few mining machines to compete.

Consequently, even with the best hardware mining device in the market, it’s impossible to mine a single Bitcoin today, and unless you have a solid infrastructure and heavy investment, you can’t survive in the market without joining a mining pool.

Let’s do some quick math. The best ASIC miner option in the market is the AntMiner S19 Pro with a 110 terahash/sec hash rate capacity. At it’s best, the AntMiner S19 can only do around 0.0293 BTC per month, and you need about 34 of these machines to mine a whole Bitcoin in a month.

Considering they consume 3250W of power each, with a price tag of about $4500, the whole process of mining one Bitcoin in the first month could cost you over $156,000 considering the hardware costs of 34 ASICs and the $300 electricity bill. Unless you have $156,000 in loose change, it’s impossible for average users to join in.

Centralization In The Decentralized Digital Assets

The centralization in decentralized digital assets is mainly the cause of the infrastructure-intensive Proof-of-Work consensus protocol. The increasing network difficulty of both the leading platforms coupled with the industrialization of the mining industry caused by ASICs and the dominance of large institutional mining pools has made the whole ecosystem more centralized.

Today, miners and mining pools are on the hunt to find the largest profit margin in the market, and this is a reason why China has been so dominant in the mining industry. China accounts for almost 65% of the world’s hashpower and half of the country’s hash rate is produced in the XinJiang region, which is projected to be over 35.76% of the global hash power in 2020. This was largely due to cheap hydroelectricity and close connections between hardware manufacturers based in the region.

Recent events of power outages and government crackdowns in China led to significant drops in the network’s hash rate and difficulty, which clearly shows the influence China had on the Bitcoin network. 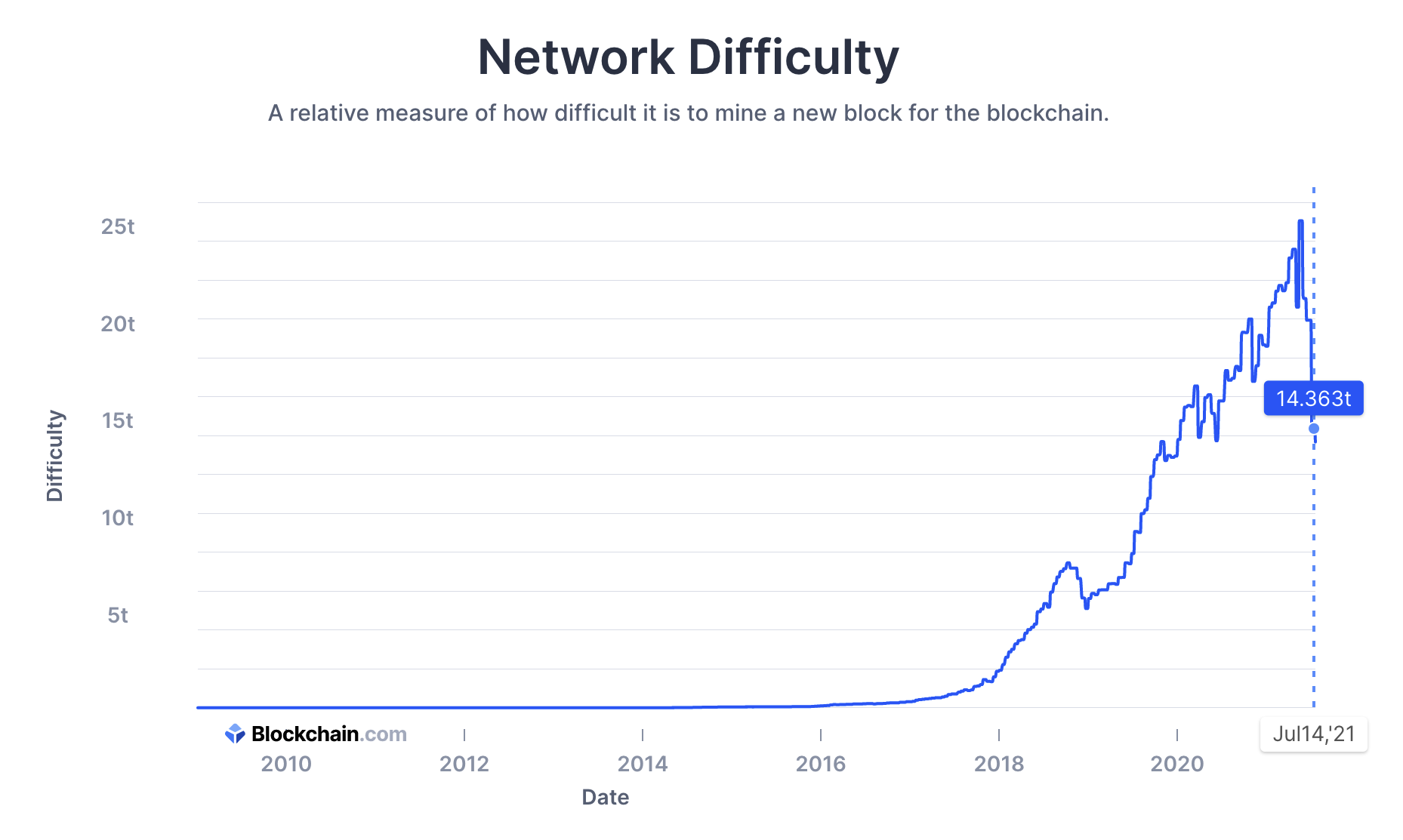 Can We Achieve True Decentralization?

The centralization of the leading platforms in the market leads to the urgency of decentralized platforms that are completely free from large institutional players controlling the whole ecosystem.

Platforms like Minima are leading this narrative to build the most decentralized blockchain protocol in the market. Minima is a mobile application that transforms any mobile device into a node validator on the network. Their vision involves a completely decentralized blockchain platform that is inclusive towards users by removing elements that encourage centralization.

They have an Incentive Program where users can sign up and get rewarded for their participation in running a validator node until the mainnet is launched. Once the mainnet is launched, the users perform Proof-of-Work (instead of paying a fee) when they initiate, end, or dispute a transaction. By removing the mining incentives that encourage centralization, Minima blockchain protocol offers true decentralization through a network of individual users running a node.

A lot of the prominent projects these days are using (or plan to shift towards) Proof-of-Stake protocol, aiming to reduce centralization and democratize network participation. Ethereum is expected to introduce Ethereum 2.0 by the end of 2022 and solve the centralization and environmental problem caused by miners by moving away from the Proof-of-Work to the Proof-of-Stake consensus mechanism. Instead of relying on expensive and highly centralized computing power, users on the network can stake 32 ETH and become a validator node to secure the network.

Moreover, Cardano also has its own Proof-of-Stake consensus protocol that consumes about 6 gigawatt-hours annually in contrast to Bitcoin’s annual 126.09 terawatt-hours energy consumption, which is equal to the amount of energy a population of 225 million people use each year in South Asia.

Proof-of-Stake may sound like the better option; however it doesn’t fully address the Blockchain trilemma of three key elements namely: Security, Scalability, and most importantly Decentralization.

Since the Proof-of-Stake protocol relies on validators staking their assets there’s a strong potential of centralization by stakers with high amounts of tokens. Given the fact that a larger stake holder ends up with the larger profit margin could lead to more competition.

Considering how competitions affected the mining industry, it’s highly likely we see the same centralization in Proof-of-Stake based protocols. This is why we need truly decentralized platforms, and the only way to do that now is making mining, validation, and verification inclusive again.

Bitcoin, Ethereum, and cryptocurrencies in general were introduced as a low-cost, decentralized digital cash system, helping us gain freedom from the shackles of centralized institutions. However, diving deep into the ecosystem, the protocol, and the way things work, you get to realize that these platforms are not truly decentralized.

Considering how irrelevant individual users have become on leading blockchain networks such as Ethereum and Bitcoin, there’s an urgency for completely decentralized platforms where every node on the network possesses the same responsibility and power. There’s a growing number of coins being introduced in the market and it’s not long until we’re introduced to a truly decentralized platform where everyone is equal.