ValueWalk
Home Business These Are The Companies With Most U.S. Patents In 2020 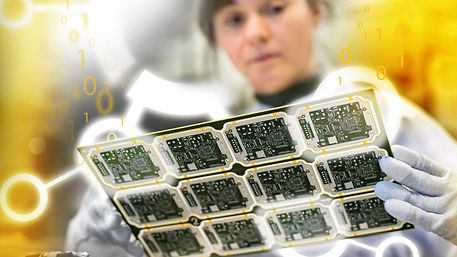 Global companies love doing business in the U.S., the biggest consumer market in the world. However, the U.S. market is very competitive, and thus, to stay ahead, companies need to be very innovative. One of the best measures of a company’s innovativeness is the number of patents it owns and gets in a year. Detailed in the article are the companies that got the most U.S. patents granted to them in 2020.

Companies that got most U.S. patents in 2020

Founded in 1985, this U.S. company develops semiconductors, software, and services related to wireless technology. The company owns several crucial patents related to CDMA2000, TD-SCDMA and WCDMA technology. Qualcomm also makes technologies for vehicles, watches, laptops, smartphones and other consumer devices. The company got 2,628 patents in 2017 and 2,925 in 2016. Qualcomm is headquartered in San Diego, CA.

Founded in 1997, this Chinese company is among the biggest tech companies in the world. Huawei develops and sells consumer electronics and telecommunications equipment. It initially focused on developing phone switches, but later expanded its operations to develop telecommunications networks, communications devices for the consumer market, as well as operational and consulting services. The company got 1,616 patents in 2017 and 1,353 in 2016.

Founded in 1976, this U.S. company is the world’s most valuable company in the world. The company develops and sells consumer electronics, computer software, and online services. Apple owns some of the world’s most popular brands, including iPhone, iPad, Apple Watch, Mac, AirPods and more. Its software services include iOS, the iTunes media player, the Safari web browser, Apple Music and more. The company was granted 2,229 patents in 2017 and 2,103 in 2016.

Founded in 1958, this South Korean company is the biggest electronics company in the world. It is the fourth-biggest chaebol in that country. LG operates through four business units – Mobile Communications, Home Appliances & Air Solutions, Home Entertainment and Vehicle Components. It is the second-biggest electronics maker after Samsung. The company got 4,469 patents in 2017 and 4,013 in 2016.

Founded in 1968, this U.S. company is the largest semiconductor chip manufacturer in terms of revenue. Intel also invests heavily in R&D. The company develops and sells microprocessors for PCs, as well as manufactures motherboard chipsets, network interface controllers, embedded processors, graphics chips and more. Dell was HP’s biggest client in 2020, followed by Lenovo and HP. Intel got 3,435 patents in 2017 and 3,080 in 2016.

This U.S. company is among the biggest technology companies in the world. Microsoft makes and sells computer software, hardware, consumer electronics and related services. It owns many popular brands, including Windows, Xbox, Office, Surface tablets and more. Microsoft invests heavily in R&D, in order to keep its products ahead of the competition. The company got 2,441 patents in 2017 and 2,410 in 2016.

This Japanese company deals in optical, imaging, and industrial products, such as cameras, scanners, printers and more. The company got 3,285 patents in 2017 and 3,665 in 2016. It is a leading innovator and provider of imaging solutions for businesses and consumers. Canon operates through four major business segments – medical systems, office, imaging systems, and industry. It earns about 80% of its revenue from international markets.

This South Korean company got 4,469 patents in 2017 and 4,013 patents in 2016. Samsung is headquartered in Seoul. It is a big name in the consumer electronics space and is the biggest South Korean chaebol (business conglomerate). The company makes and sells many electronics products, including TVs, washing machines and other consumer appliances. Samsung is also a big name in the smartphone market.

IBM has been leading the list of companies that got the most patents granted to them for quite some time now. The company got 9,043 patents in 2016 and 8,090 patents in 2017. The company is headquartered in Armonk, New York and operates in more than 170 countries. It was founded in 1911 as the Computing-Tabulating-Recording Company (CTR). Now, the company sells computer hardware, software and provides consulting services.