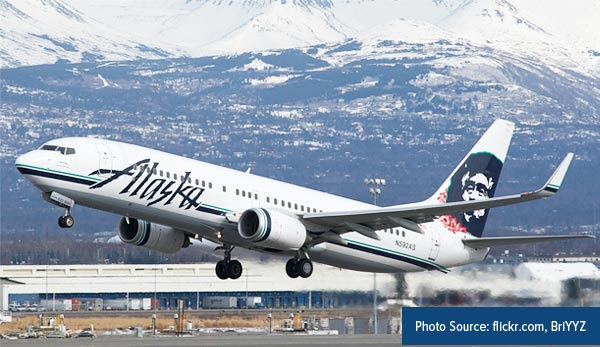 A little over 10 years ago, there were a dozen major domestic airlines. Following a wave of bankruptcies, the industry consolidated, and today four remain—American, Delta, United and Southwest.

For the past couple of years, these newly-strengthened carriers, along with a full roster of regional and low-cost carriers, have been beating expectations, generating record profits and free cash flow and rewarding shareholders with dividend growth and stock buybacks. Low fuel costs have served as an additional windfall. 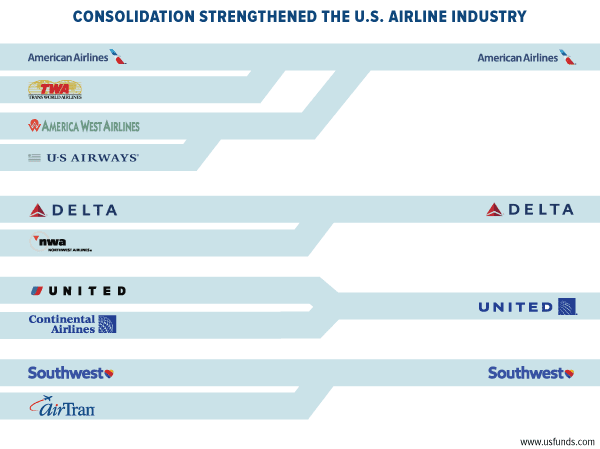 That doesn’t mean the industry now lacks the room to change (and improve), however. In February, the short-haul regional carrier Republic Airlines filed for bankruptcy—the first such filing in the industry since American’s in 2011—after losing a number of unionized pilots in a drawn-out salary dispute. (More on that later.)

The $2.6 billion deal, awaiting shareholder approval in June, would create the fifth-largest U.S. airline by traffic and result in a much more competitive player, especially on the West Coast. (Alaska is based in Seattle, Virgin in San Francisco.) According to the Wall Street Journal, Alaska’s annual revenue could grow 27 percent because of the deal. 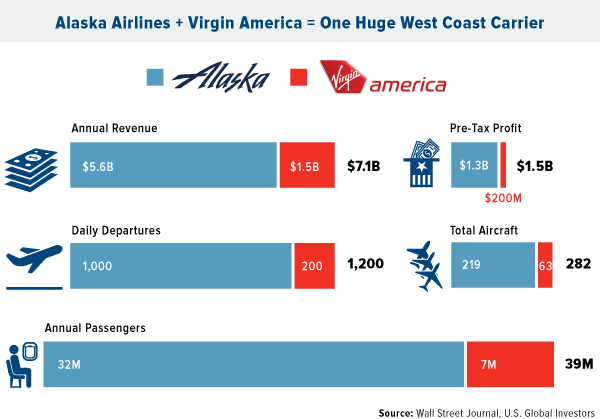 As I’ve pointed out in the past, the acquiree in deals such as this normally sees a short-term bump in share price, while the buyer’s stock might fall because, among other reasons, it must pay a premium for the acquisition. For the three-month period as of April 6, Virgin was up nearly 66 percent. 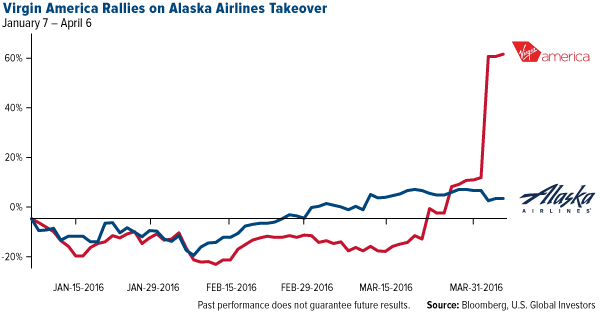 Integration can sometimes be tricky for airlines—more so than for other industries—because they involve not just employees and aircrafts but also information technology systems, booking procedures, rewards programs and flight schedules. All of this must be accomplished while the carriers remain fully operational.

Airlines that have gone through this often-messy process have seen their quality ratings drop off. This was certainly the case with American as it slowly integrated and digested US Airways, a two-year endeavor that concluded in October 2015.

The Alaska-Virgin deal could end up being very different, though. Both carriers have an exceptionally firm handle on their operations and provide sterling customer service. Alaska has received the highest rating inJ.D. Powers’ North America Satisfaction Survey for eight consecutive years. For the fourth straight year, Virgin has held the top spot in the annual Airline Quality Rating (AQR) system, developed to rank airlines based on 15 “elements” such as on-time arrivals, mishandled baggage and the like.

Aircraft integration between the two companies poses arguably the most significant challenge—not just for Alaska and Virgin but also for jet manufacturer Boeing. Alaska exclusively flies the Boeing 737 while Virgin operates the Airbus A320, almost all of them leased. Once the Airbus leases are up in 2020, Alaska could choose to let them go, or it might decide to keep or even expand the fleet. At some point, this could be a concern for Boeing.

Nevertheless, Boeing has an unprecedented seven-year order backlog of 5,800 commercial jets. To put that number in perspective, the U.S. airline industry collectively has 6,871 jets in its commercial fleet right now, according to the Federal Aviation Administration (FAA). Because of increased passenger and cargo demand, this number is expected to reach at least 8,400 by 2036. 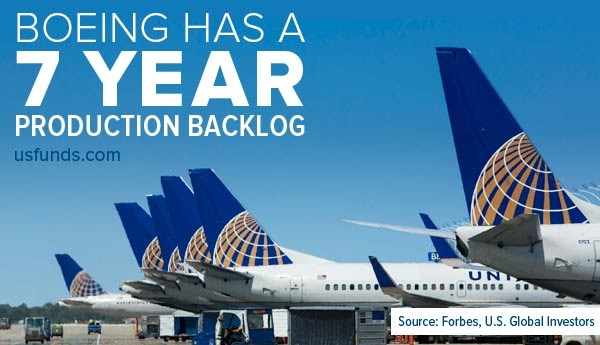 This raises the question of who will be flying these additional aircrafts.

I’ve previously written about the imminent pilot shortage, which was spurred on by new FAA rules that tightened pilot training and service. Pilots must now retire when they reach 65, and they must have at least 1,500 hours of flight time before they can be considered for a position—usually with a regional carrier such as Republic for a starting salary close to $20,000. While Republic was trying to negotiate a new labor contract, it was losing about 40 pilots a month, according to Bloomberg.

This has contributed to an industrywide pilot shortage that could intensify as more and more pilots retire, with fewer and fewer new pilots to replace them. It also has the effect of encouraging capacity growth discipline.

Meanwhile, commercial flight demand, both here and abroad, continues to climb. According to the Transportation Department, the number of passengers carried by U.S. airlines and foreign airlines serving the U.S. reached an all-time high of 895.5 million in 2015, a 5 percent increase from the previous year. By the way, I want to congratulate Brussels Airport for (partially) reopening following the devastating attacks last month. The repairs will no doubt take a long time and cost millions of dollars, but this is the first step among many toward normalcy.

The role airports play in the U.S. economy is hard to exaggerate. They contribute a jaw-dropping $768.4 billion per year to the national economy, or nearly 5 percent of GDP, according to the Transportation Research Board’s Airport Cooperative Research Program (ACRP). What’s more, they generate $1.6 trillion in goods and services and provide 7.6 million jobs—4.3 percent of all U.S. jobs—that pay workers a combined total of $453 billion.

Clearly we depend on airports, but how are they funded? In a word: munis.

American airports as a whole have capital needs that average $14.3 billion per year, according to ACI estimates. The FAA annually provides $3.35 billion, leaving a difference of $10.95 billion. About 54 percent of that amount is typically funded with general obligation (GO) bonds and other municipal bonds that are tax-free at the federal level and often at the state and local levels. 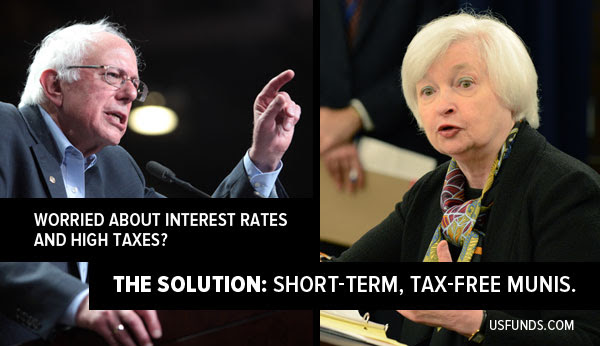 Besides the fact that they help make America strong and provide tax-free income, munis are attractive because they’re known to preserve capital, even in times of economic crisis.

This is key. Many investors have two huge fears right now: rising interest rates and skyrocketing federal income taxes. The Federal Reserve began rate normalization in December, and Chair Janet Yellen has stated that two hikes are likely this year alone. Bond prices fall when rates rise, and vice versa, but short-term munis are less sensitive to these fluctuations than longer-term bonds.

Also keep in mind that this is an election year, and it’s possible that we might vote to put a self-described socialist in the White House. By his own admission, income taxes will rise. Dramatically. It’s important, then, to have your wealth in something that provides tax-free income, like municipal bonds.

Speaking of socialism, I find it interesting that a great majority of the global public figures who have been identified in the leaked Panama Papers hail from far-left, socialist and communist regimes. This is what’s known as a “champagne socialist”: someone who is perfectly fine with the idea of high taxes—until he himself must pay them. This also goes to show that corruption is much more prevalent, and its magnitude much more significant, in countries with far-left governments. Corruption occurs everywhere—at all levels, in all countries, by people of all political stripes—but its frequency and depth seem to be much more extreme in such countries.

What Happens in Vegas Could Be Your Key to Successful Investing

On a final note, I want to invite you to plan a trip to Las Vegas next month to attend the 35th anniversary MoneyShow, where I’ll be speaking on gold and the airline industry. The MoneyShow is one of the most widely-attended investing conferences today, and best of all, registration is free! I’ll be joined by a number of highly-respected thought leaders in the industry, including Gary Shilling, Jeffrey Hirsch, Peter Schiff and many more. The conference will be held between May 9 and 12 at the beautiful Caesars Palace Hotel & Casino. I hope to see you there! 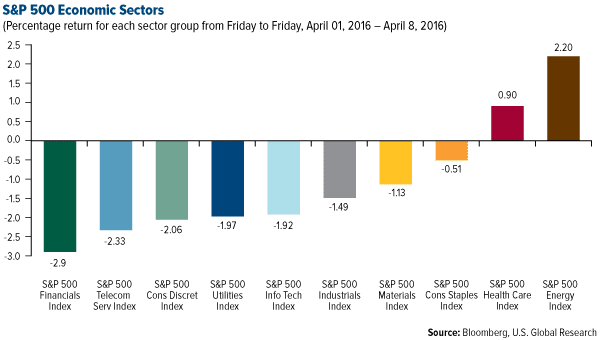 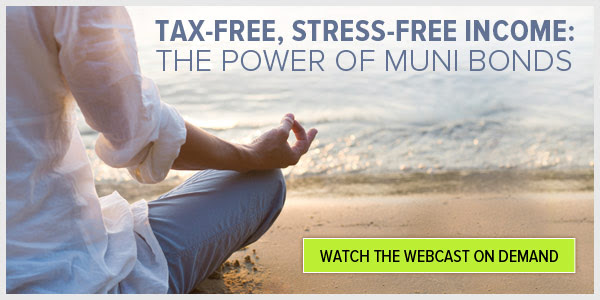 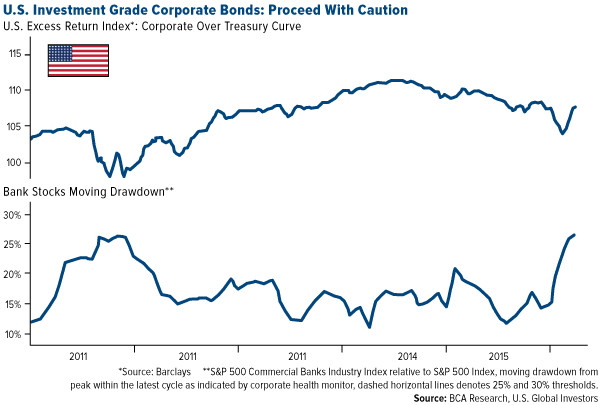 This week spot gold closed at $1,239.79, up $17.29 per ounce, or 1.41 percent. Gold stocks, as measured by the NYSE Arca Gold Miners Index, rose by 6.44 percent. Junior miners underperformed seniors for the week as the S&P/TSX Venture Index traded up just 3.87 percent. The U.S. Trade-Weighted Dollar Index slipped -0.42 percent for the week. 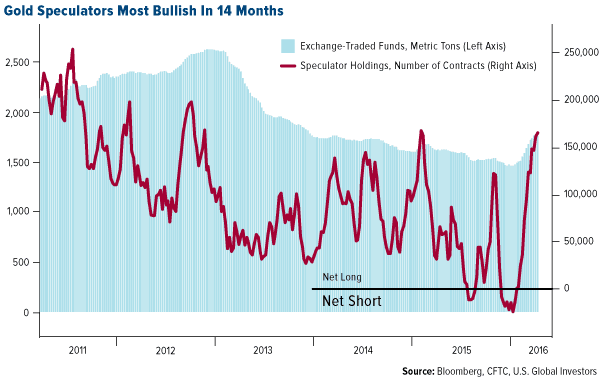 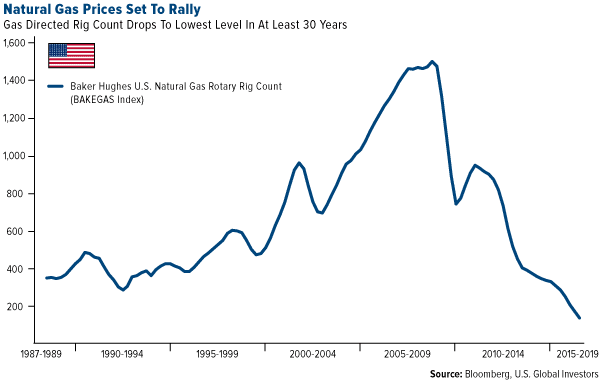 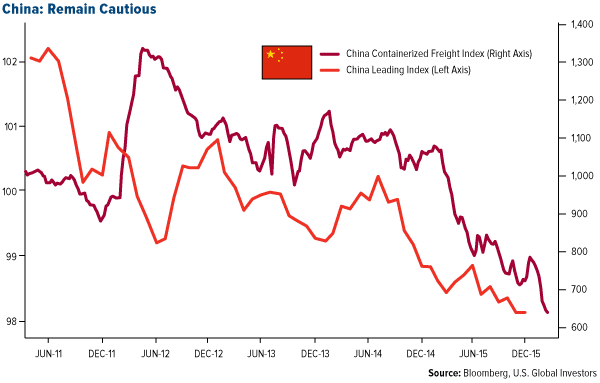 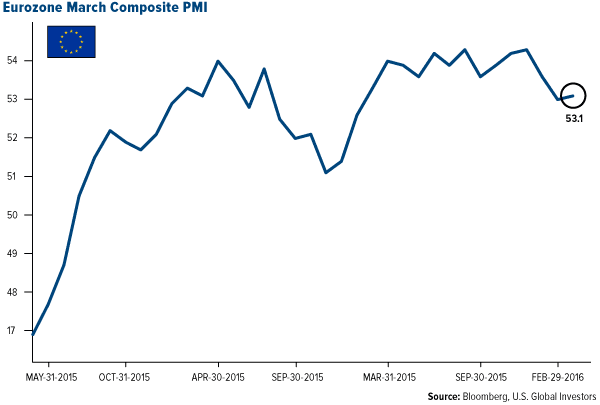 The Markit Eurozone PMI Composite Index tracks business trends across both the manufacturing and service sectors, based on data collected from a representative panel of over 5,000 companies.
The (China) Leading Index is a joint development between The China Economic Monitoring Centre (CEMAC/NBS) and Goldman Sachs Asia (GS) for the monitoring of national economic performance. The components of the Index include: Industrial production, investment in fixed assets, retail sales, imports and exports, revenues, profits of industry, residential disposable income, financial loans, M2 money supply, CPI and the business cycle signal index.
The China Containerized Freight Index, sponsored by the Ministry of Communications of PRC and formulated by Shanghai Shipping Exchange, serves as the barometer of the shipping market and thus is widely applied to meet the demand of China’s fast-developing container transport market.
The Baker Hughes Rig Counts are an important business barometer for the drilling industry and its suppliers. When drilling rigs are active they consume products and services produced by the oil service industry. The active rig count acts as a leading indicator of demand for products used in drilling, completing, producing and processing hydrocarbons. Close
There is no guarantee that the issuers of any securities will declare dividends in the future or that, if declared, will remain at current levels or increase over time.
The ISM Nonmanufacturing index based on surveys of more than 400 non-manufacturing firms’ purchasing and supply executives, within 60 sectors across the nation, by the Institute of Supply Management (ISM). The ISM Non-Manufacturing Index tracks economic data, like the ISM Non-Manufacturing Business Activity Index. A composite diffusion index is created based on the data from these surveys that monitors economic conditions of the nation.
The S&P Global Natural Resources Index includes 90 of the largest publicly-traded companies in natural resources and commodities businesses that meet specific investability requirements, offering investors diversified, liquid and investable equity exposure across 3 primary commodity-related sectors: Agribusiness, Energy, and Metals & Mining.
S&P/TSX Capped Diversified Metals and Mining Index is an index of companies engaged in diversified production or extraction of metals and minerals.
Free Cash Flow (FCF) represents the cash that a company is able to generate after laying out the money required to maintain or expand its asset base.
The Consumer Price Index (CPI) is one of the most widely recognized price measures for tracking the price of a market basket of goods and services purchased by individuals.  The weights of components are based on consumer spending patterns.