ValueWalk
Home Business Gold and the Election, What To Expect!

Gold and the Election

When it comes to gold and the election, predicting the market is a tricky and often fruitless endeavor. Everyone speculates and routinely check the gold price today. Looking at charts since the US abandoned the gold standard can give analysts an idea of general trends that gold follows around major elections. But previous patterns are not always the exact future. As we look forward to the election, investors are asking what is next for gold. Considering this unexpected year with gold’s bull market run, and the gold price today, it is wise to keep looking ahead. 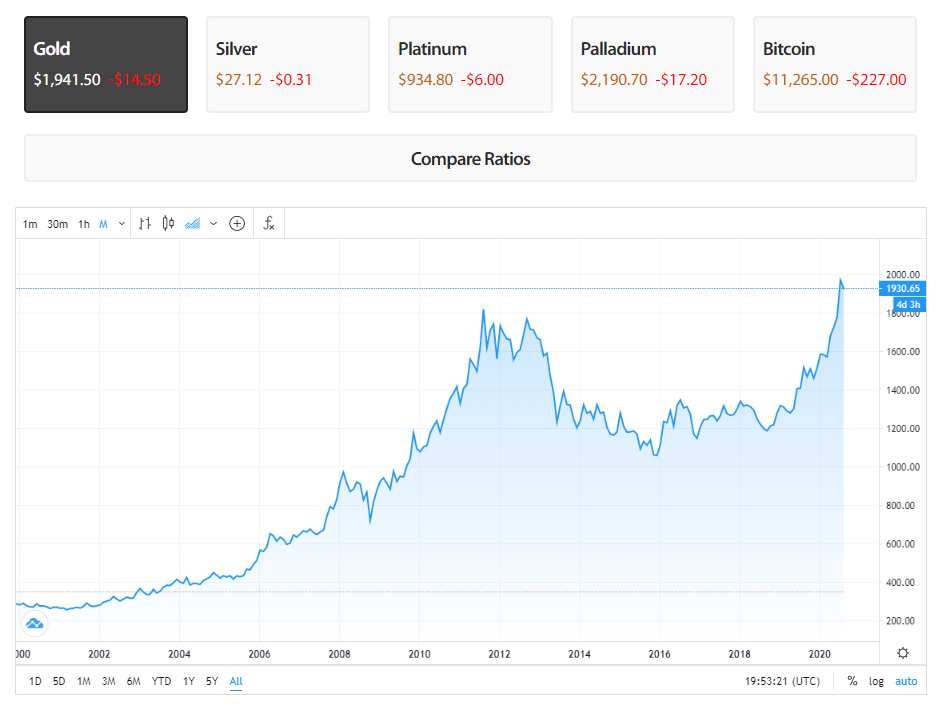 In 2019, leading up to the election year, the price began around $1290/oz and finished over 18% higher around $1530. At the time of writing, the gold price today was around $1970/oz. This is the day after Powell’s address on the Fed’s response to inflation. Yesterday, the gold spot price spiked at $1983 and fell before the conclusion of the address. The gold price today is up significantly higher than yesterday in comparison. 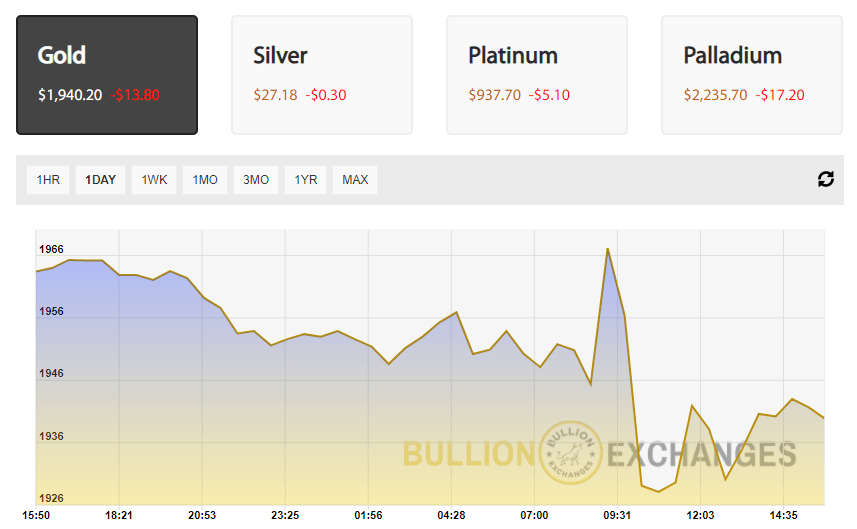 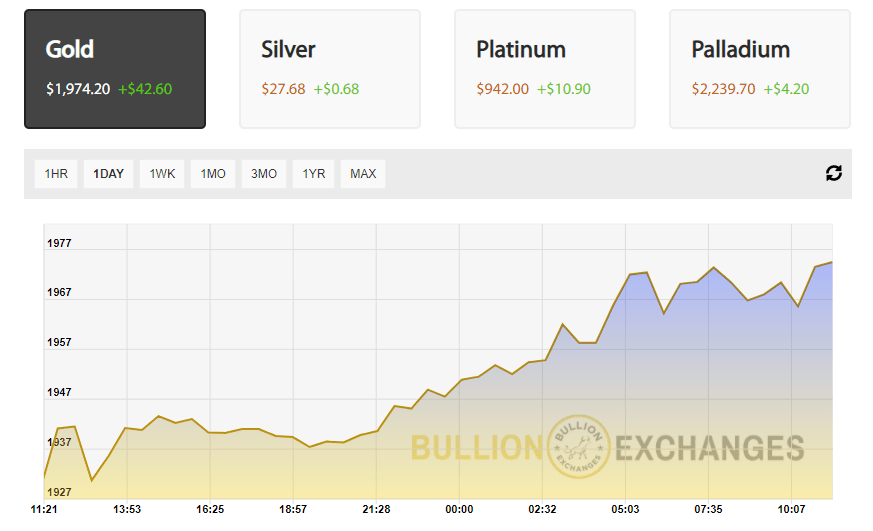 This year, the general consensus among Peter Schiff, Citi Bank, Barron’s, CPM Group, and Kitco all believe that gold prices will continue to rise. Back in March, CPM Group suggested to Kitco that the next few years might be difficult for investors, consumers, and small enterprises. Therefore, they advise holding gold now more than in previous years, especially because of the interaction between gold and the election in addition to the pandemic.

Analyst/consultant Dan Popescu believes that gold and Bitcoin stand to gain from the election. In an interview on the IG Trading Markets podcast, he asserted that Trump cut taxes for the rich and the stock market, making it a bullish environment. But if Biden wins, the dollar may weaken and gold will go even higher. However, he opined both on the podcast and on Twitter that any way you look at it, the election will yield positive results for gold. This might mean that gold is one of the best investments for the election year. 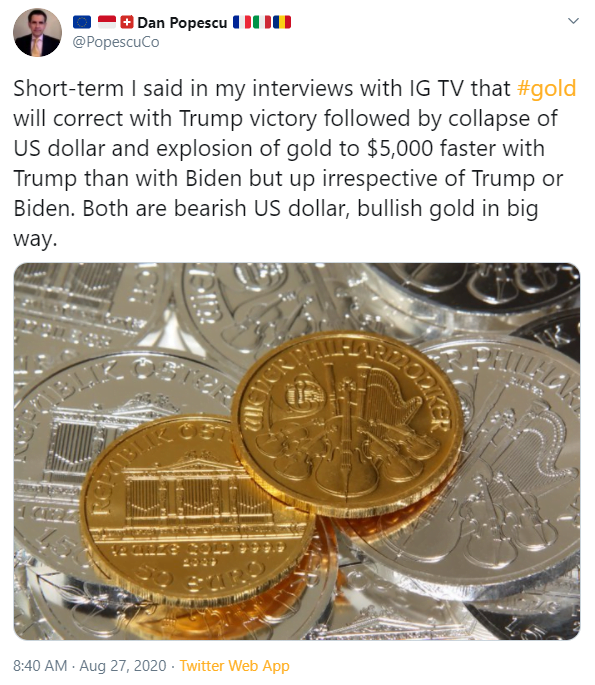 Stock Investing, Gold and the Election

So, when it comes to investing in 2020, the election will play a factor in it, but not necessarily on the political side. Everyone has ideas and speculations, and the US has a heavily bipartisan system. Therefore, massive groups of people are going to react in one way or the other in response to the election results.

Here are some examples. In 2016, when Trump was elected, people believed the stock market would crash. Investors held the same idea when Obama was elected in the previous election. However, in both cases, the stock market did well. In fact, according to Bespoke Research, the DJIA’s average gain since 1900 is about 4.8% each year. Regardless of the election results, the markets tend to do well overall. During the average Republican administration, there are gains of 3.5% per year, whereas Democratic administrations see about 6.7% per year.

2020 Election and the Economy

Arguably, there is more at stake in 2020. Considering the coronavirus, inflation, and US-China rising tensions, this new presidential election and the subsequent economy are not so easy to predict. When uncertainty is rampant, many turn to precious metals, hence why the gold price level maintains above $1900.

The democratic candidate, Biden, plans to raise taxes to a significant degree, which will affect corporate profit margins. When margins decline, so do earnings, and the stock market will follow respectively. Higher taxes on the rich reduces spending, which hinders growth. But this has been the case with every Democratic administration. What has been seen is that higher taxes also bring higher spending. This actually stimulates the economy and the market.

Even during COVID-19, this has been the case. The Trump administration’s spending kept the economy mostly afloat. Analysts suggest that a Biden administration could be able to continue said support. Everyone is divided on who would be best for the presidency because both candidates have different approaches and different benefits. What investors are most concerned with are policies from both sides, and if the election will be unimpeded and legitimate.

All an investor can do whenever undertaking the stock market or gold and the election is to pay attention to the sectors that political policies target. Certain areas will be more affected than others, most notably healthcare. Volatility around the election stems from uncertainty, and you can use this to your advantage in these sectors.

Tom Hainlin, a National Investment Strategist at US Bank suggests that volatility can help investors “[meet] long-term goals at a better price that can potentially give you better-than-average returns over time.” What Hainlin is suggesting is whatever investment you choose, it could be a good idea to invest when the price is low. Then, hold your investments despite volatility.

Sectors to keep an eye on include policies that will change domestic and global economies. And if you plan in investing in the stock market, or in gold, you’re better off making a plan and understanding when prices are most likely to move as the election creeps closer. So keep an eye on the gold spot price today and every day in addition to political news.