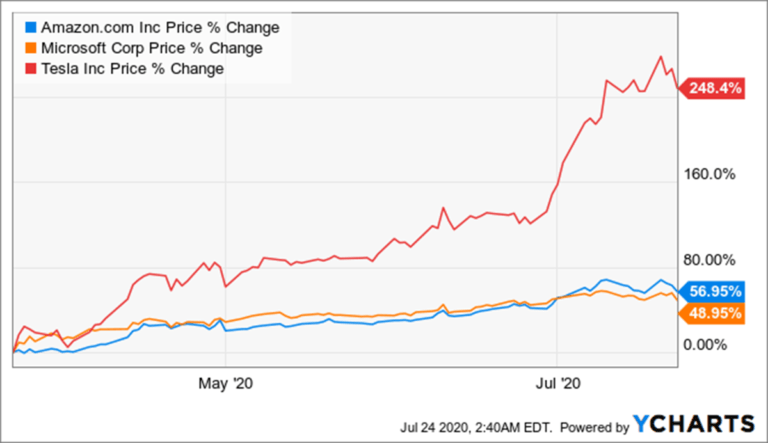 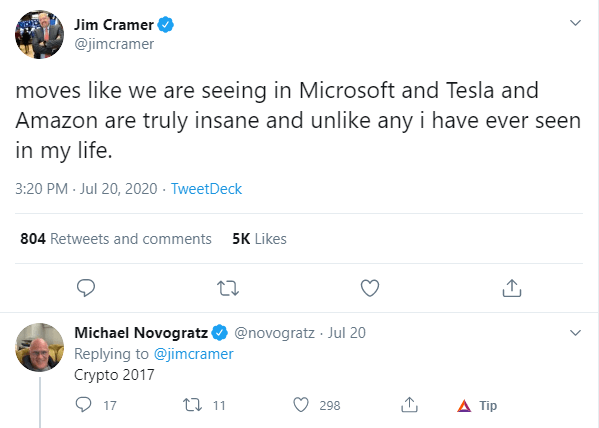 Earlier this week, CNBC's "Mad Money" host Jim Cramer tweeted that price moves in Amazon.com, Inc. (NASDAQ:AMZN), Microsoft Corporation (NASDAQ:MSFT), and Tesla Inc (NASDAQ:TSLA) were "insane". Michael Novogratz, the crypto investor formerly of Fortress Investments and Goldman Sachs compared them to crypto in 2017. Of the three stocks, two - Amazon and Tesla - are current Portfolio Armor top ten names. Here, I'll show why they're top names, and how you can protect yourself if we end up being wrong about them.

Why Amazon And Tesla Are Top Names Now

Our system bases its ranking on two main components: past total returns, and options market sentiment, which is forward-looking. The total returns case for Amazon and Tesla needs no elaboration: you've seen the charts. The way we gauge options market sentiment is by measuring the cost of hedging securities with options expiring in about six months. We measure this in different ways, but one way is by collaring a stock or ETF against a >9% decline over the next ~6 months, while capping its upside at the current money market rate. Initially, we looked for names that have negative hedging cost when collared this way, because we used them to absorb leftover cash in hedged portfolios after rounding down dollar amounts to get round lots of each position. We still do that, but we also found a performance advantage from names that score highly on this "cash substitute" list.

For example, these were the top names on that list six months ago: 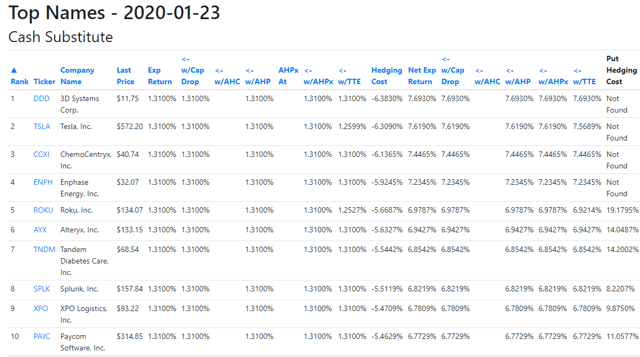 And here's how that cohort has performed since, versus SPY:

Because names that qualify for that "cash substitute" list have performed so well recently, we give a commensurate boost to names on the current cash substitute list when compiling our overall ranking. On Thursday, Amazon and Tesla were both on the cash substitute list and, partly because of that, were our number 1 and number 3 names overall, respectively, in terms of our estimates for their return potential over the next six months.

In Case We're Wrong About Amazon And Tesla

One thing the chart above highlights is that our gauges of options market sentiment aren't infallible. 3D Systems, despite being the top name on our cash substitute list on January 23rd, declined by 42% over the next six months. In the event Amazon or Tesla suffer similar declines over the next several months, here are ways to hedge them.

This was the optimal put, as of Thursday's close, to hedge 100 shares of Amazon against a >20% decline between now and mid-January. 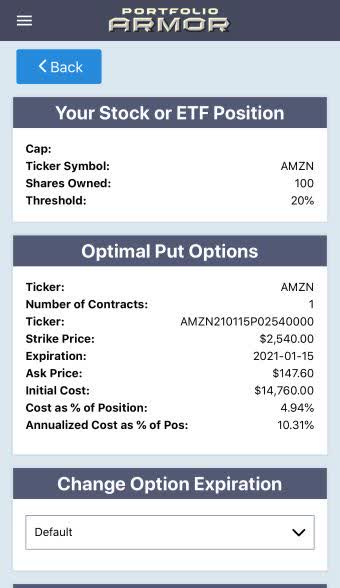 The cost of this protection was $14,760, or 4.94% of position value (calculated conservatively, using the ask price of the puts). That worked out to an annualized cost of 10.31%.

If you were willing to cap your possible upside at 28% over the next months, this was the optimal collar to protect against a >20% decline over the same time frame. 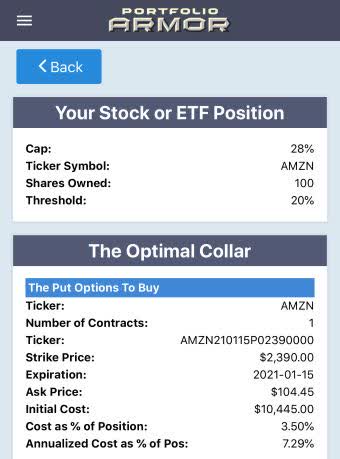 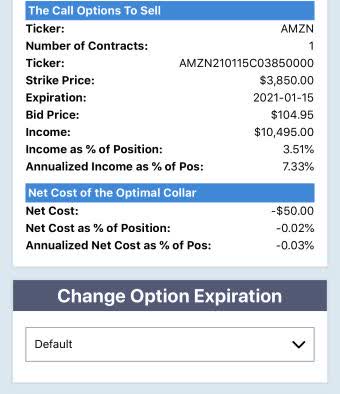 Here the cost was (slightly) negative, so you would have collected a net credit of $50 when opening the hedge.

If you tried to hedge Tesla against a >20% decline over the next six months using our app on Thursday, you would have gotten this error message. 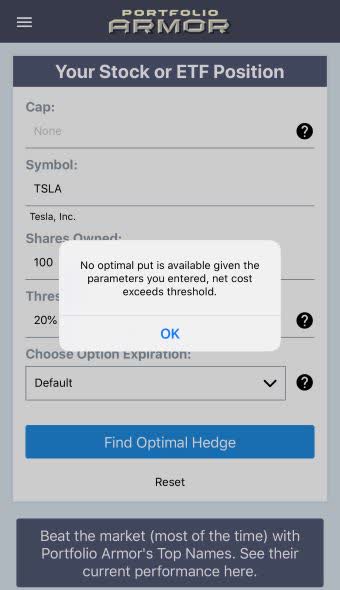 You got that error message because the least expensive put option to protect against a >20% decline in Tesla over that time frame cost more than 20% of position value. Essentially, options market participants see Tesla as more risky than Amazon, which makes sense, given Tesla's roller coaster history.

Since Tesla has risk to the upside too, it was possible to hedge it against a >20% decline over the next six months if you were willing to cap your upside at 30%. 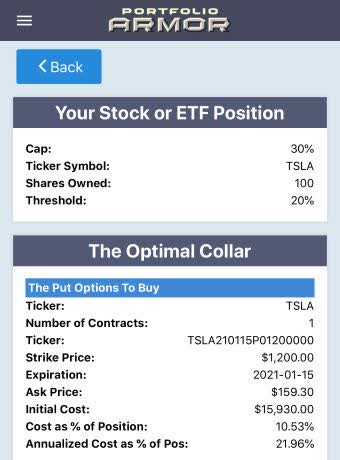 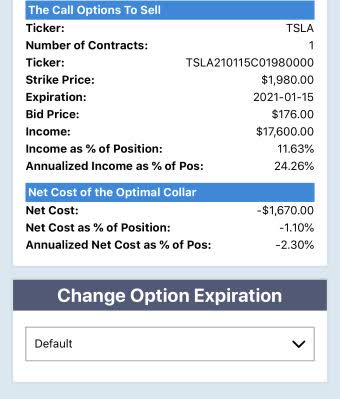 Here the net cost was negative, meaning you would have collected a net credit of $1,670, or 1.1% of position value when opening the hedge.

Wrapping Up: Another Way To Limit Risk

If you own 100 shares of Amazon, or 200 shares of Tesla, it may also be possible to limit your risk via risk pooling. You'll see information about that on the app if you use it to scan for positions of those sizes or larger.