That’s what Eric Weinstein calls it.

To be more accurate:

A Giant Bubble Of Nonsense

Speaking of nonsense I’ve previously discussed the ESG movement on this site. ESG stands for Environmental, Social and Governance. It’s as if a bunch of folks who wear hemp clothes, sport dreadlocks and hug trees for a living built the financial marketing arm of Greta Thunberg.

ESG is the “solution” to the popular narrative championed by the hand wringing, teeth gnashing do gooders who profess to know how to solve the world’s ills, despite having never produced anything – ever! Nassim Taleb calls them “Intellectual yet idiots”.

The idea perhaps, is to appeal to a new generation. Vegans. Don’t argue..it is. And vegans we know are pale, have bad breath and are feeble.

And feeble is an accurate description of the premise behind many of these “ESG” funds popping up.

Certainly it’s a great funnel for horseshit companies to raise equity capital knowing that investors will be paying no attention to profitability short or long term, safe in the knowledge that mindless algos will order execute blocks of stock at any price since it’s all about “allocation” – fundamentals be damned. If I could start a virtue signaling anti-cow-farting, save-the-planet company and get it into any of the increasing number of ESG funds out there I’d be assured of equity injections. It wouldn’t even matter if I was running a slave operation. Think I’m kidding? Keep reading.

Why do I say that?

Because it’s all hogwash. The equities making up this virtue signaling bucket of sick have nothing to do with making the world a better, more humane, healthier, safer place. They are, instead, a mechanism much like carbon credits and driving a Tesla, of allowing an asinine idea to be executed on without actually doing anything at all yet allowing for the facade of doing something to exist.

This is an ETF designed for the social media mobs to virtue signal, and for spineless asset managers (yes you Blackrock) to acquiesce to the seething mob.

It’s a fortunate thing for iShares the underwriter, that the fact that the makeup of this thing makes no sense, doesn’t matter.  Nobody is interested in the facts. They’re only interested in dogma.

Take a look – one of its biggest holdings?

If we had to find a large corporation today that treated its employees like slaves Amazon would be hard to beat.

The top five holdings in this thing are: 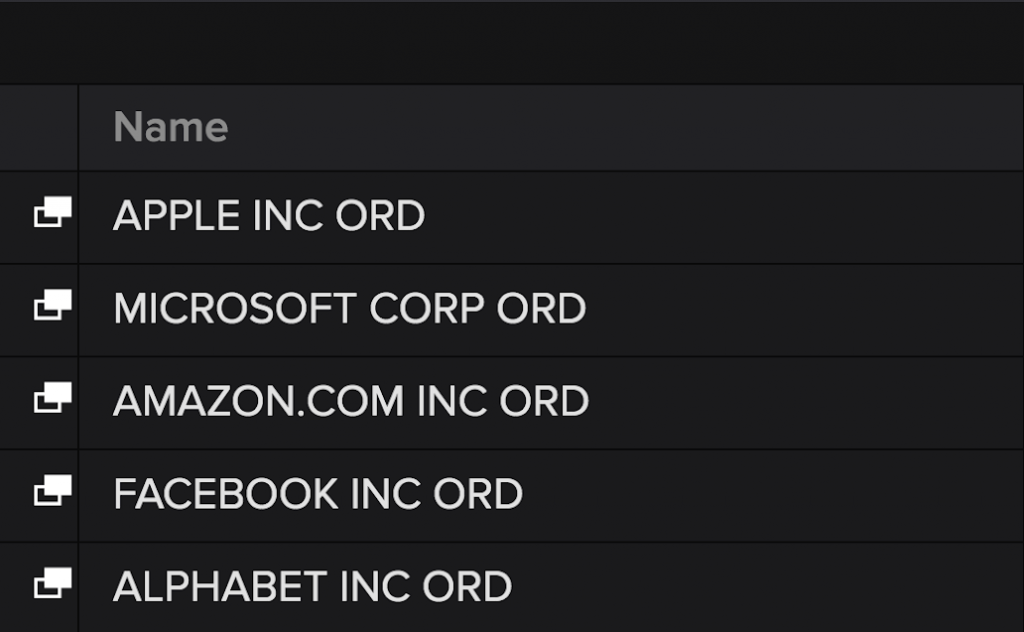 For comparison look at the top holdings of the Nasdaq – yip exactly the same! Well done investors, you have just put $7bn into an ETF that essentially achieves the same result as just investing in the Nasdaq! 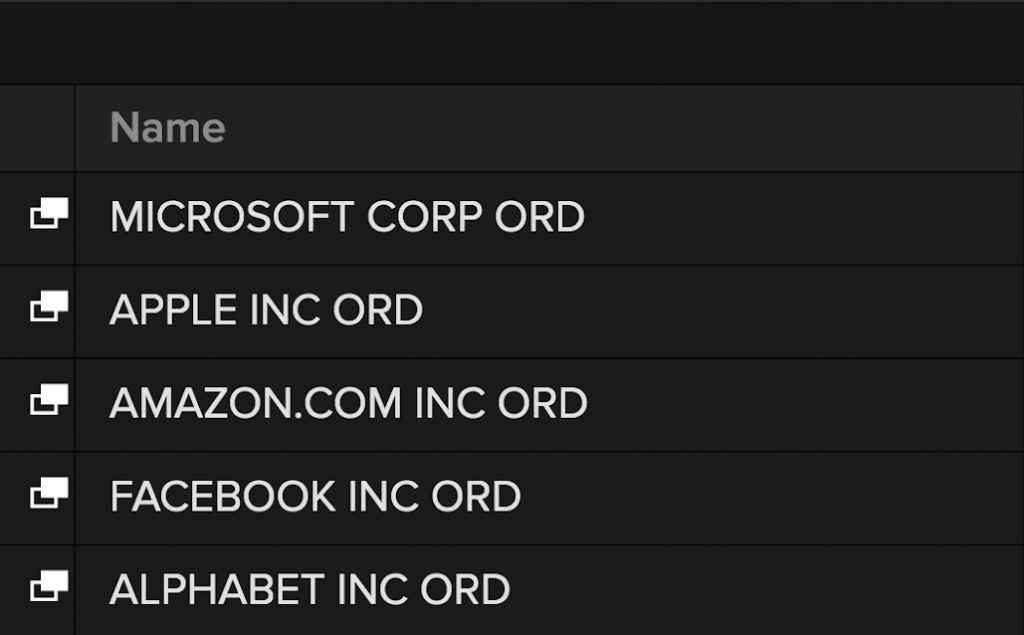 The difference is of course investing in the Nasdaq doesn’t’ come with any virtue signaling abilities.

Now I bring this up because it’s exacerbating the most asymmetric setup in hard assets I’ve ever seen. Ever.

While the worlds gone mad with weak men trying to outdo each other pledging their support to whatever the latest rallying cry and call to action comes from the hysterical woke religion (climate change, gender equality, black lives matter) significant problems are brewing that nobody is currently worrying about. But will. 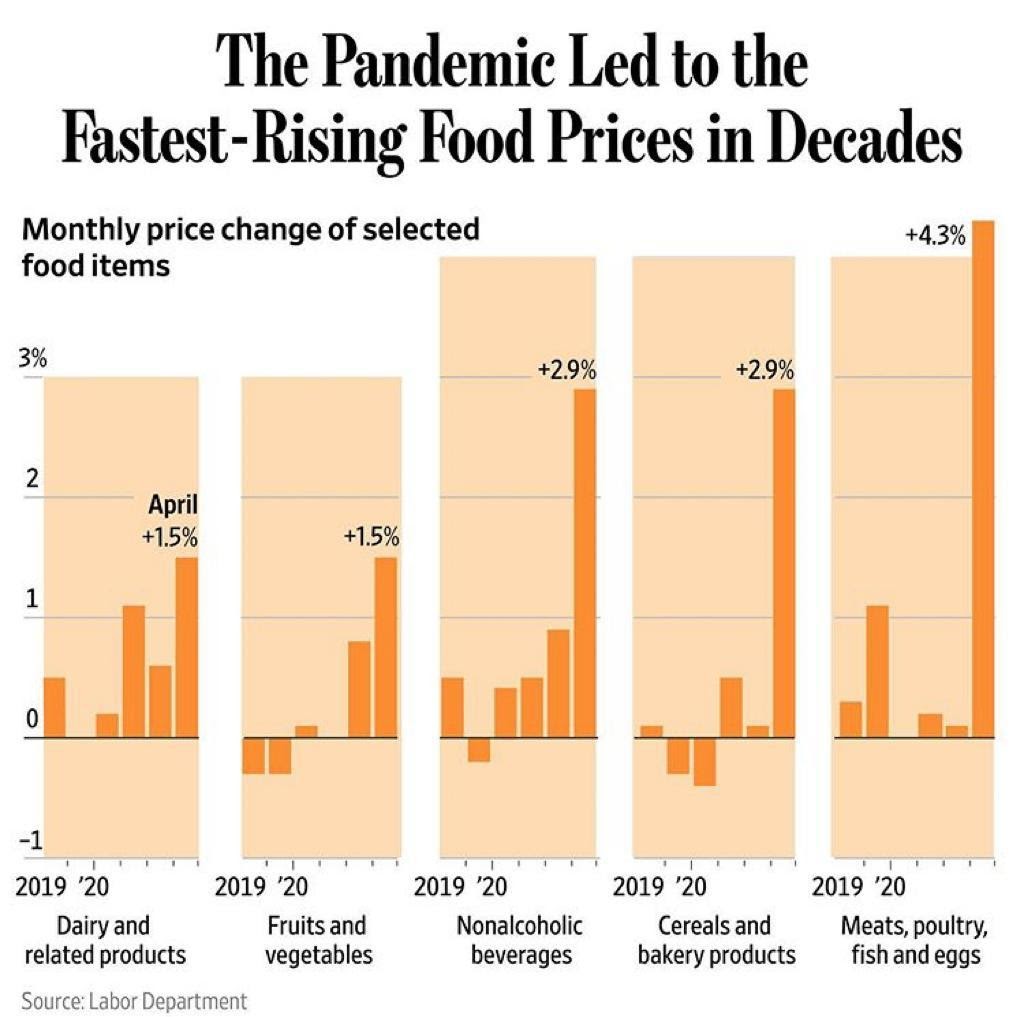 Salt on a wound

We now find ourselves in a situation where the governments of the world have locked down, severely impacting economies. In the US and Europe they’ve “opened” only to riot which has already, and continues to, destroy countless businesses, which will NOT come back. All of this is accelerating joblessness. Over in the US it’s tracking over 30 million people now. I found this useful infographic because the world today suffers from an inability to put things into perspective. 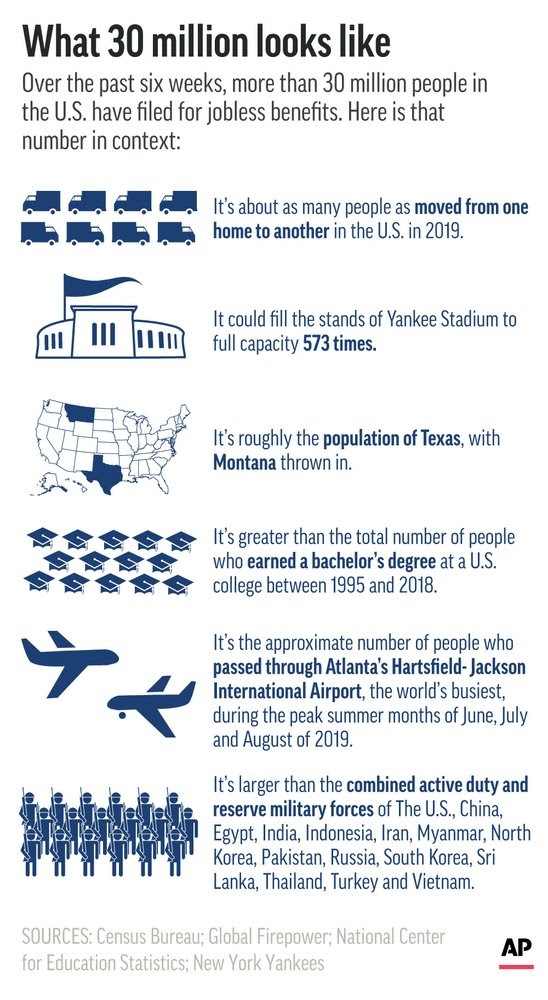 Why do I show you this?

Well for one thing we’re going to have not only angry people but hungry angry people coming through the pipeline in the coming months.

The solution to this problem, one that won’t be used by governments in the west is the ONLY real way to solve this problem and it is to have the government get out of the way and let the market do what it does best. Which is to allow human beings to think, produce and act to better themselves. And that’s exactly what they WON’T do.

We are approaching a time when ALL that will matter are the industries and the goods and services we now take for granted. Today Joe Sixpack, pecking on his iPhone while sitting in his leather recliner (imported from China) would be appalled to find out that if it weren’t for incredibly complex supply chains, (severely under pressure) and free trade agreements (severely under pressure) and capital spending on things like…farming (suffering under investment),his avocado on toast wouldn’t be possible. The horror.

And when he steps out of his apartment to go get some Chinese he’s going to be equally shocked that a plate of rice drizzled in oil topped with some carrots costs twice as much as it did just a few months ago.

And while it may take some time the narrative will shift towards “helping the hungry” and “solving the food crisis” and then we’ll see those same asset managers who are today buying “ESG” saying. “Hey food is essential and we need an allocation”, to which the question will be asked by the traders. What price boss?

Price? – Just get us allocated.

It’s what always happens and the algos will mindlessly begin placing block orders because the new “mandates” say so…and that’ll bring the momentum algos which are programmed to buy anything trading above 50 day or 200 day moving averages and the very sectors that nobody cares about today will be the only thing they care about tomorrow.

The giant bubble in nonsense is slowly being unravelled and the places to allocate your capital are decidedly NOT where the chattering classes would have you believe. Do yourself a favour and think for yourself. Do the math and tell me it aint so.