ValueWalk
Home Business Index Investing: It’s Not What You Think 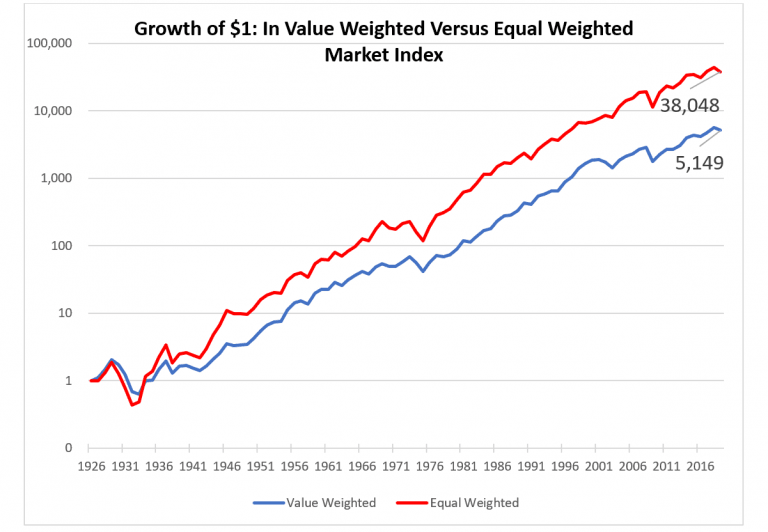 The passive strategy that all investors can follow simultaneously is hold the capitalization weighted market index.  Most indexes are designed with this fact in mind.  For instance, Vanguard offers two widely held exchange traded index funds, VOO and VTI.  The first tracks the S&P 500 and the second, which is even broader, tracks virtually and exchange traded stocks.  Both are capitalization weighted.

Based on the foregoing, most investors conclude that holding a market capitalization weighted index is a passive that simply gives general exposure to the market.  But there is an important sense in which the issue is more complicated.  As an initial illustration, Exhibit 1 plots the time path of $1 invested in a capitalization weighted index of all U.S. stocks along with an equal weighted index of the same stocks over the period from 1926 to 2018.  (The data are from the Center for Research in Securities prices, or CRSP.)

When a company’s stock price runs up significantly it generally becomes large capitalization and gets a greater weight in cap weighted ones.  Suppose that the run-up is based on two components: one, an improvement in the company’s fundamentals, and, two, irrational exuberance regarding the company’s outlook.  If both factors are in play, whose prices have run-up sharply will tend to be overpriced.  For this reason, capitalization weighted indexes will also tend to be overpriced as well. 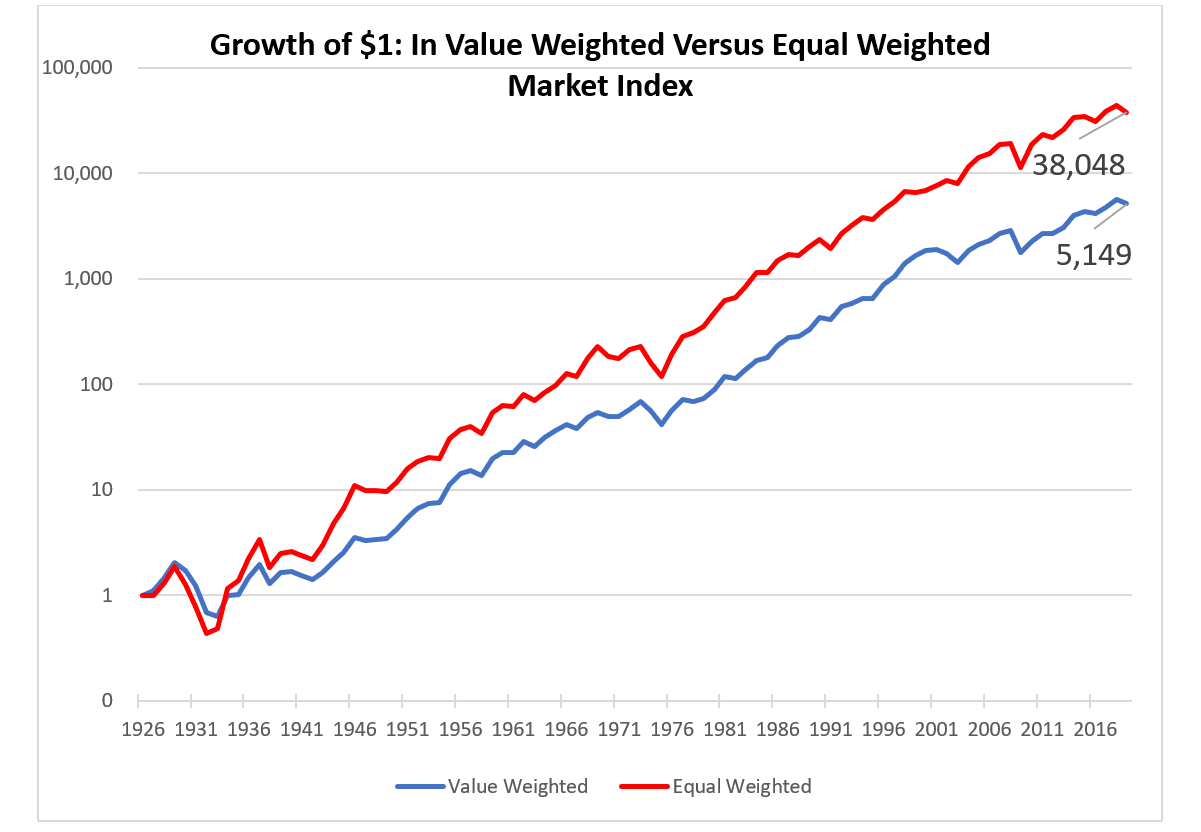 It is also striking the extent to which capitalization weighted indexes can come to be dominated by a relatively few companies in one sector of the economy.  For instance, the five largest companies by market capitalization in the United States are, in order, Apple, Microsoft, Alphabet, Amazon and Facebook.  All five are giant tech companies that seen their stock valuations rise dramatically.  Over the last five years: Apple is up 160%, Microsoft is up 236%%, Alphabet is 160%, Amazon is up 481%, and Facebook is up 160%.  And those increase are starting from already large market capitalization.  As result, those five companies alone account for over 16% of the S&P 500 as shown in the exhibit below.  Only during the tech bubble of 2000 was the S&P 500 so dominated by only five companies. 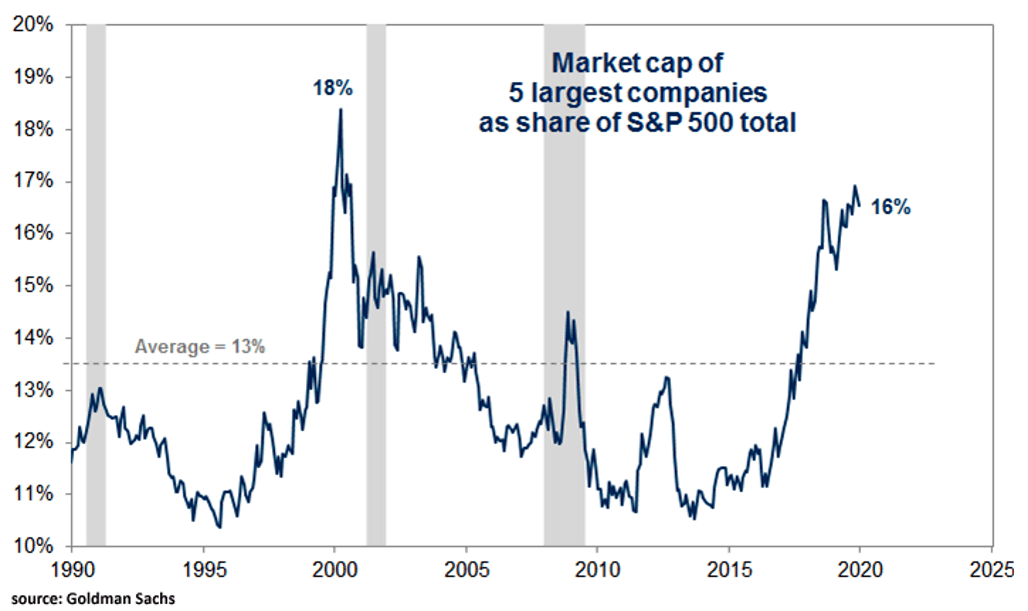 The predominance of the tech sector in the market portfolio is not limited to the big five.  Right behind the big five are foreign tech giants Alibaba and Tencent that trade on U.S. exchanges.  In addition, “techier” companies tend to trade at richer valuations than their more traditional counterparts in the same industry.  Compare, for example, the pricing of Tesla with that of Ford or GM.  This further tilts capitalization weighted indexes in the direction of tech exacerbating the extent to which investment in a capitalization weighted market index is an investment in tech.

The foregoing should not be interpreted to imply that investing in a capitalization weighted index is a poor choice for any particular investor.  However, it is designed to point out that in today’s market buying a capitalization index is not “passive” in the sense that many investors might think it is.  To a meaningful extent, it is an investment in huge tech companies and the tech sector.  That is something that investors should keep in mind.