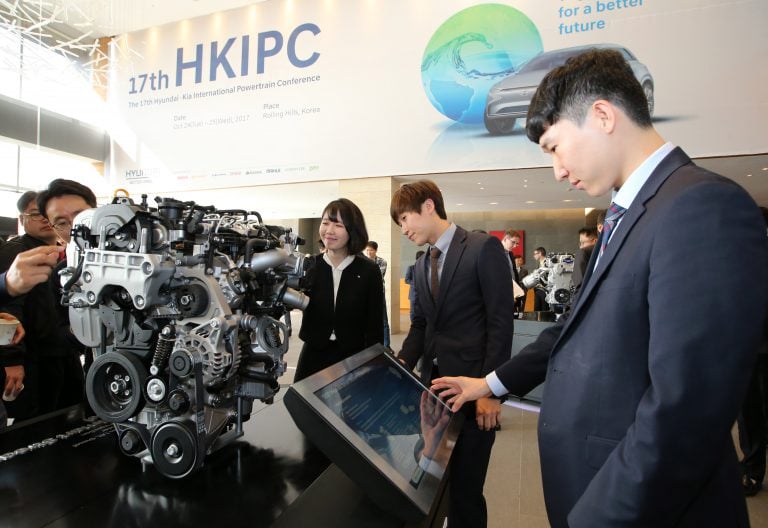 Having lived in Silicon Valley for 20 years, I’ve witnessed exponential growth of Google, Facebook, Apple and thousands of other technology companies. I was well aware that the lifecycle of a technology company starts much before it gets listed on a major stock exchange, but it was not until 2016 that I took the plunge into the world of Early stage startup investing. But why invest in risky early stage startups? Because the returns could be exponential.

Wishing to invest early in Virtual Reality (VR), Artificial Intelligence (AI), Solar, Robotics and Software Platforms, I began looking for companies to invest in and platforms available. Jim Cramer’s Mad Money introduced Seedinvest.com platform, and I began researching startups listed on the platform, immediately making my first two investments - Virtuix and Virzoom, both listed on Seedinvest.com in 2016. Virtuix was a Series A investment and Virzoom was at Seed stage.

It was my first exposure to Convertible Notes, Preferred equity, Startup Valuations, SEC regulations etc. Before this I had traded publicly listed stocks and options and worked in a few software companies that got acquired for Billions of dollars or had similar valuations.

Since 2016, I’ve made 32 investments on Seedinvest platform and have been told by Seedinvest officials that I’m the top investor on their platform. Another platform I’ve used to research and make angel investments is Wefunder.com where I picked a couple of consumer tech startups.

While I’m an accredited investor, recent regulation allows non-accredited investors to also make investments in startups under SEC Reg CF and SEC Reg A which open up opportunities for everyone to take a chance at investing in early stage startups, turning a small amount of money into a fortune.

Another popular platform for early stage startup investing is Startengine.com and its quite normal for startups to use more than one platform to raise funds at different stages of their evolution using multiple sources to get investors. For instance, I invested in Knightscope and Commerce.AI thru Seedinvest.com platform, and now they are raising subsequent funding rounds at Startengine.com platform. As startups develop their technology, gain additional customers, obtain patents and secure Intellectual property, they raise their valuations, selling equity at higher prices in subsequent rounds.

Many of these startups have also raised money from renowned accelerators like Ycombinator, Plug and Play Tech center, 500 Startups, Techstars etc. and many have renowned Venture capital firms like NEA, Khosla Ventures etc. investing alongside us angel investors and big corporations. Some other startups I invested in through Seedinvest.com platform went ahead and raised subsequent funding rounds at other platforms including Republic.co, Microventures.com and Netcapital.com.

Two other well known platforms through which startups have raised funds are Angel.co and Fundable.com both of which help connect Founders with Angel Investors. These platforms however, are limited to accredited investors only. Angel list claims to have raised $1.2 Billion for startups while Fundable.com, a part of Startups.co platform claims to have received commitments of $570 million for listed startups raising funds through the platform. Infact, for raising the 1st round of funding for my patented GROTU app, I’ve chosen to list on Fundable platform to get early investors on board. This fundraise is under SEC Reg D from accredited investors. We may decide on running a future Reg CF or Reg A campaign on other platforms mentioned above.

So how’s my portfolio performing and what have I learnt from my mistakes so far? Of the 34 angel investments I’ve made since 2016, Five have resulted in Mergers and Acquisitions placing them in a safer zone. For instance, BetterDoctor merged with Quest Analytics and was acquired by Vestar Capital Partners and the combined entity is now growing with profitability. In such scenarios, angel investors like myself receive equity in the new entity which is “expected to” grow fast with profitability leading to a buy out by larger firm, or list on a major stock exchange via an IPO (Initial Public Offering).

Many other portfolio investments are growing and raising subsequent funding rounds at higher valuations. For instance, NowRX is currently raising Series B round on Seedinvest platform at a pre-money valuation of $65 million.

When I invested in NowRX at a very early stage in 2017, the valuation was capped at $6 million. So that’s 10X growth in value (not considering dilution). But real fun will be if NowRX becomes a unicorn with a $1 Billion+ valuation. I have many other companies in my portfolio with valuations from 2X to 5X and many others which are flat in valuation but making their products better while growing customer base. Some like Knightscope are growing in valuation, customer base, and planning an IPO in future.

I should also mention that 3 out of 34 companies I invested in have shut down, resulting in complete loss of capital. But that’s just 10% of my portfolio so far. Considering that around 50% of early stage startups fail, it's still a better performing portfolio beating the statistics.

But I’ve kept the best for last - In late 2017, at a Seedinvest hosted breakfast in San Francisco, I heard Bill Gross, the legendary entrepreneur who founded Idealab technology incubator. He presented to us an investment opportunity in Edisun Microgrids which was building technologies to make solar power cheaper than fossil fuels, and generate heat from sun’s energy to save the world from climate crisis. I made my highest investment so far, in that company.

Recently, around Thanksgiving 2019, Edisun Microgrids, now renamed as Heliogen was covered in 4000+ publications for achieving breakthrough in solar heat generation and announced investments by legendary Bill Gates, and other Billionaires including Steve Case and Patrick Soon-Shiong and received interest from thousands of customers worldwide. Even Former President Obama wrote about it in his Year in Hope publication! Now that was music to my angel investor ears!

The Secret Behind Silicon Valley’s Wealth And Job Creation

Will Heliogen become my Uber or Facebook? And will another company in my portfolio skyrocket in value? Will I make it? Only time will tell. But I tried, researched and followed every company I’ve invested in, connecting with founders on LinkedIn or meeting them in person when they visit Silicon Valley, including visiting offices of Knightscope, NowRX, Vantage Robotics and Commerce.AI which are based in Silicon Valley. I try to spread the word for Founders fundraising, and help them connect with other angels or prospective employees and partners.

And I do not regret losing money in ventures that failed, because it's a part of evolution. Light bulb was not discovered in a single attempt. By funding these entrepreneurs and their ventures, we are encouraging research, risk taking, experimentation, innovation and an iterative process, which is the secret behind Silicon valley’s wealth and job creation.

So what are some of my evaluation criteria for picking companies to invest in:

In the last few years, I’ve met many top VCs and Angels and have had the chance to listen to them in several conferences at regular intervals in Silicon Valley. I’ve also been invited to Judge and be a Panel member at Startup competitions. I’ve met Jason Calacanis at live filming of his show “This Week in startups” and recommend his book “Angel” to all investors wishing to invest in early stage startups.

I was invited to YCombinator’s first Startup Investor School where we were able to hear from Ron Conway of SVangel and many other VCs and Angels on how to invest in startups. I recommend following YCombinator’s Youtube channel. I also attended a training by Brad Feld and Jason Mendelson, and highly recommend reading their book “Venture Deals” to learn about startup valuations and exits. Happy Investing!

Sunmeet Jolly is the Founder and CEO of 101 Islands LLC, and the inventor of the GROTU app.