After tasting a little success, most of the richest companies in the US raise money from venture firms and then go public a few years later. On the other hand, many businesses have been around for decades or even over a century, but have chosen to remain privately-owned.

The shares of the largest privately held companies are sometimes only owned by a small number of people. While it can be lucrative for owners to list their company on stock exchanges, there are advantages to staying private. For example, private companies have fewer legal obligations and are better able to guard company secrets.

The trend away from initial public offerings (IPOs) has accelerated since The Sarbanes-Oxley Act was passed in 2002. With these changes to U.S. Securities rules, some of the world’s largest companies by revenue have opted to stay private. Many of these companies have thousands of shareholders.

With $27 billion in revenue and 16,200 employees, C&S Wholesale Grocers is the largest wholesale grocery distributor in the United States. It was founded in 1918 as a supplier to independent grocery stores. The Keene, the New Hampshire-based company, has set up distribution centers across the country. It supplies more than 140,000 products to more than 14,000 supermarkets, chain stores, and institutions across the country. Richard Cohen, its sole owner, has a net worth of $11 billion.

Rosemont, Illinois-based Reyes Holdings had estimated revenue of $27.8 billion in the latest fiscal year. It’s a leading food and beverage wholesaler. Reyes Holdings delivers nearly a billion cases of food and beverage products to retailers around the world. It also has a division that supplies food and other items to McDonald’s. The company has more than 31,000 employees.

Headquartered in Lakeland, Florida, Publix is one of the largest supermarket chains in the United States. The company with 193,000 employees is estimated to have annual revenue of $34.6 billion. George Jenkins founded Publix in 1930. Employees mostly own it. The company operates more than 1,200 grocery stores, distribution centers, and manufacturing facilities.

Ernst & Young is one of the Big Four professional services firms. The firm posted revenues of $34.8 billion in the fiscal year 2018 and has about 250,000 employees around the world. It offers consulting, auditing, tax, and other services to both private and public companies. Founded in 1849, the company is headquartered in London. But the legal structure of Ernst & Young and other professional services firms is such that the separate member firms function as independent legal entities. It is one of the best places to work, according to Fortune magazine.

McLean, Virginia-based Mars is a global leader in food products. Founded in 1911, it has more than 100,000 employees and posted revenues of $35 billion in the latest fiscal year. Mars owns popular brands such as M&M’s, Snickers, Twix, Whiskas cat food, and Uncle Ben’s rice. It also holds the pet food maker Pedigree. The Mars family wholly owns the company.

PricewaterhouseCoopers is one of the Big Four professional services firms with annual revenue of $41.3 billion. It offers a range of accounting, advisory, tax, and auditing services to clients. The company has more than 236,000 employees across the globe. The PwC was founded in 1849 by Samuel Price as an accounting firm. It is one of the most valuable brands in the world. Its legal structure is similar to other professional services firms.

Deloitte is the world’s largest professional services firm with $43.2 billion in revenue and more than 263,000 employees. Deloitte makes money by providing financial advisory, tax consulting, risk management, and auditing services to clients. The firm was founded before the US civil war, in 1845 by William Welch Deloitte. It is the fourth-largest private company in the US, according to Forbes. It is evident from the list that top accounting agencies dominate the private company by revenue list, and their structure means being private is more lucrative.

Founded in 1939 by Joe Albertson in Boise, Idaho, Albertsons has grown into one of the largest private companies in the world as well as one of the biggest grocery chains in the country. It posted $59.9 billion in revenue in the latest fiscal year and has more than 275,000 employees. It has more than 2,300 stores and 400 gas stations in the US. The grocery store giant is currently owned by the private equity firm Cerberus Capital Management. After buying Safeway, Albertsons filed for an IPO in 2015 to go public. The public offering plan was put on hold due to “recent market volatility.”

Owned and operated by Koch Brothers, Koch Industries generated $110 billion in revenue in the latest fiscal year making. The Wichita, Kansas-based company was founded in 1940 by Fred Koch. Charles and David Koch each own 42% of the company while trusts own the remaining 16% for the benefit of Elaine Tettemer Marshall. Koch Industries operates in several sectors, including consumer products, refining, fertilizers, chemicals & biofuels, electronics, and commodity trading. It has more than 120,000 employees.

Cargill is the largest privately owned company in the United States with $114.7 billion in revenue and 155,000 employees, according to Forbes. The agribusiness juggernaut has topped Forbes’ annual list of the largest private companies in the United States for 28 of the last 30 years. Founded in 1865, Cargill is involved in the processing, trading, and export of agricultural products. It is owned by the descendants of founder William Cargill and his son-in-law John MacMillan.

What are the ten most valuable companies in the world?

Who is America’s biggest employer?

The largest employer in the United States is Walmart. Walmart is also one of the world’s largest companies in the world by revenue with $524 billion earned in 2020.

What are the top 5 most valuable companies?

The most valuable brand list correlates closely to the list of the wealthiest company in the world. Indeed, it is interesting to note none of the largest private companies in the US make the list for top brands, but rather giant publicly traded firms. Statista ranks the top five brands as follows:

What is the richest company in the world?

Which is the fastest-growing company in India?

Paytm is a fintech firm that ranks near the top of the largest privately held company list in India, and the fastest-growing company in the nation. With a massive 6,891% growth rate, the firm valued at $16 billion recently received an investment from famous investor Warren Buffett.

It is impossible to predict the future. However, recent trends point to the dominance of the tech sector on the largest private company in the world list. As technology continues to dominate the world, we may find Cargill replaced by the future Amazon or Apples of the world. 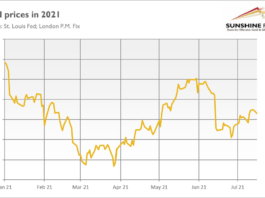