A new report written by analyst Michael Cembalest at J.P Morgan discusses on going project entitled “The ARC and the Covenants”-ARC standing for “Annual Required Contribution”- which sole purpose is to assess unfunded pension and retiree health care obligations of US states. The current assessment explains that while “many states have ratios that are manageable…there are a few states with sever problems.” In fact, the report discusses the notion that Chapter 9 legislation for states should consider an expansion in light of current analysis. The chapter 9 law being the provision to allow for state of municipal bankruptcy.

The report explains that an attempt to salvage the most underfunded state pension systems would require increases in tax revenues, increase public sector worker contributions and/or the achievement of massive investment returns on plan assets. All of these options are fought with uncertainty either because of their political infeasibility or the “practically unachievable” required rate of return to stave off pension bankruptcies. Certain states, such as Illinois and New Jersey, possess pension systems that have deteriorated to the point of being irreversible says Mr. Cembalest. This ultimately begs the question how such pension’s financial problems became so severe. According to Mr. Cembalest, it is most likely a combination of promises made before market declines in addition to low contributions.

Interestingly enough, there is a correlation between those states with the most underfunded pensions and the amount of debt issued by the state. In the $3.7 trillion municipal bond market this maybe cause for concern. The collapse of several state pension system would undoubtedly have the capacity to cause harm to the overall municipal bond market. The entanglement for many financial investments through various funds make for a possible meltdown scenario if the most severely impacted state pensions are not quickly resolved. 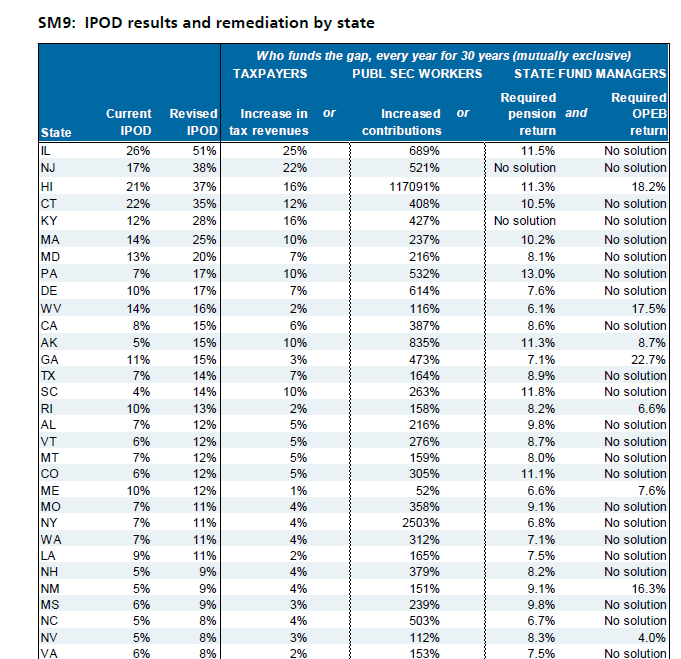 Specifically he notes the following:

To understand the stress a few states are under, look at Table 1. The current IPOD ratio indicates how much states now pay as a % of revenues, and the revised IPOD ratio is what they would need to pay to fully meet unfunded obligations over time. The middle section shows the primary ways the gap could be filled: tax hikes, increased worker contributions or higher investment returns. Illinois and New Jersey come closest in my view to deteriorations in pension finances that are practically irreversible. 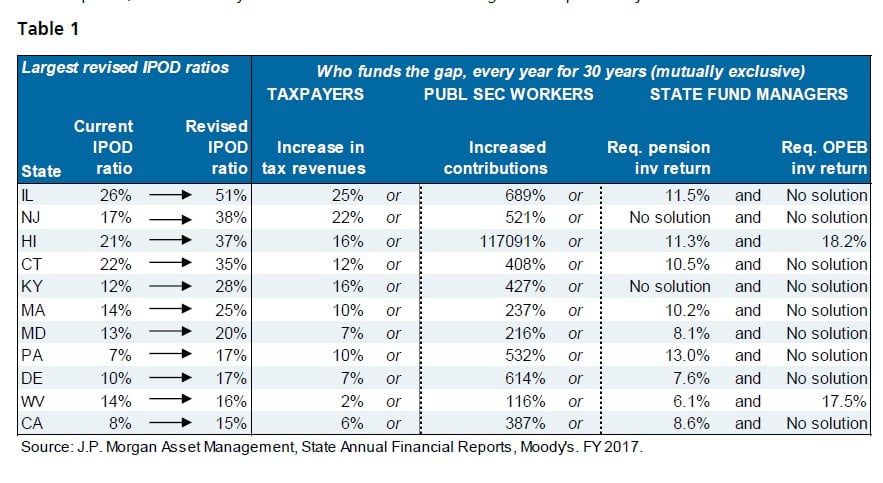 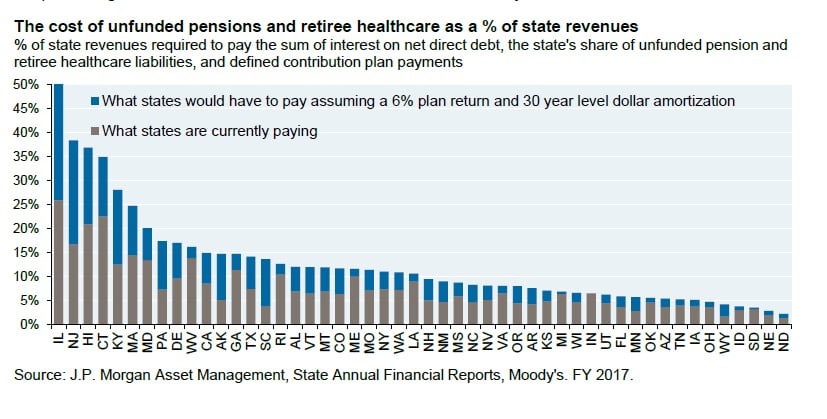