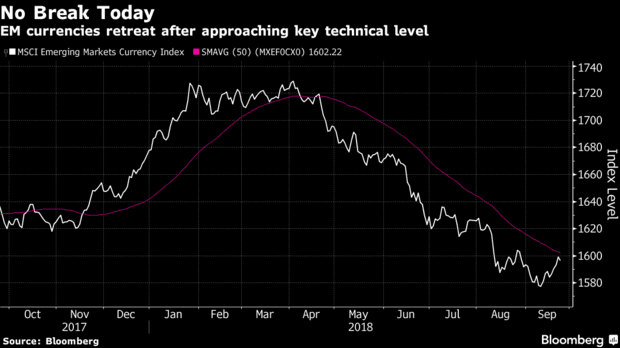 Also me: Whom do we owe it to – The Decepticons?

Yeah, that’s an old joke repackaged with new figures, but the figures are real, or an estimated real as no one knows exactly how much debt is floating around.  According to a report in Bloomberg that figure represents three times the Global Economic Output.

While most of the debt held by the developed world has held relatively steady at around $170 Trillion, the debt being carried by emerging markets like BRICS, Turkey, Argentina etc. – and most of that debt is carried in dollars – has just about doubled since the last GFC.

China alone has a Gross National debt (estimated) of over $40 Trillion, up from just under $7 Trillion in 2008. The rest of the emerging markets between them account for a shade over $30 Trillion, up from just about $16 Trillion in 2008. (This figure is the best guess estimate of the debt held by government, government agencies, financial firms, non-financial corporates, and households).

In actual terms this means that the burden of the whole extra 20% increase falls on the less than sturdy shoulders of the Emerging Markets.

So what Greg, what’s the interest here?

The interesting thing here is the currency most of this debt is held in – The Almighty United States Dollar. And all the interest -to the IMF, the World Bank, to various other International lenders - has to be paid in the Greenback.

A lot of developing countries or emerging markets (EM)as we refer to them can’t raise enough credit in this own currencies. The reasons vary but with a few small variations the main reason is that the de-facto international currency is the US Dollar.

This year – 2018 – about $1 Trillion worth of that debt is maturing, and countries have to repay that debt in Dollars, which means that all these emerging markets are having to expend precious forex buying dollars. And it’s the worst possible time to do that.

Since April, 2018 the US Dollar started trending once more, and that’s hit a lot of the emerging markets hard. The Indian Rupee and the Chinese Renminbi are testing historic depths against the Dollar, and the cost of servicing the debt is hitting their currencies.

Oil is Not so Well

Over the last few months we have seen Global Oil prices creeping up with Brent crude flirting with US$80 per barrel, and there are talks of it breaching $100 as early as 2020. For most countries this is a sign of Manufacturing, Trade and Development picking up, and that is a good thing.

Most economies are well on their way to recover from the depredations of the GFC, and the increasing price of Oil is usually a safe indicator of the same. However not so much if you depend on other countries for the bulk of your Oil and Gas requirements.

South Africa, India, and China are net importers of Oil, All of them enjoyed the benefits of the Oil price crash back in 2013-14. It helped bolster flagging Forex reserves.

China used the largesse to finance a slew of Infrastructure projects in Sudan, and set up President Xi Jinping’s’s confirmation to another term as President and helped fund his ambitious Silk Road plan. In India newly elected Prime Minister Modi benefitted from the financial flexibility it provided him to propose social welfare programs that played well with the electorate.

Now all of that’s coming to an end, and for the afore mentioned leaders it’s just a mix of bad news and bad timing. China is embroiled in an expensive trade war with the US, is facing accusations of economic colonialism, and has seen countries who were expected to benefit from the Belt and Road project question the financial viability of the same with Malaysia taking the unprecedented step of cancelling two of the projects.

India is heading into general elections in early 2019, and the Modi government is unable to regulate petrol prices or even reduce taxes on the same as they are committed to infrastructure and social welfare projects of their own.

The US walking away from the Iran deal and threatening to impose sanctions on countries/companies trading with Iran, Yemen on the boil, and the Turkish trade crisis has helped Oil rally these past few weeks. Despite talk of providing companies working with Iran immunity from the US sanctions, most established companies do not see any upside in trading profitability in the US versus trading with Iran.

And since most Oil trade takes place in Dollars, that’s just adding to the miseries facing the EM.

Tax and the Trade

Nothing spooks markets like uncertainty, the much mentioned trade war between the US and the rest of the world has people spooked and worried like nothing else.

China is under pressure having extended considerable credit to finance Infrastructure projects aligned with its prestigious Belt and Road vision, Russia is under sanctions, South Africa is going through a political crisis, Argentina is facing a meltdown, and India doesn’t know what it can do to placate the US without appearing weak in an election year.

A trade war that has the pundits believing its bad for the US couldn’t have come at a worse time for the EM. And contrary to predictions, the Dow is zooming to new heights while the Asian indices are quivering with every new move.

A hawkish cabinet is just ramping up the trade rhetoric, because whether anyone else will admit it or not, the US is in a much better position to weather the economic slowdown which seems destined to hit the world.

The EM around world who were in the midst of ramping up their domestic Infrastructure to boost manufacturing and the economy are even more dependent on rising domestic  incomes to finance and reap the benefits of the same. Most of which usually comes thanks to increasing trade. Now they have to deal with the fall out of the trade wars.

Sovereign Bonds to Look Out For

It’s not all gloom and doom though, though a lot of the emerging markets are overextended, one of the ways available for Governments to pay down the debt is by rolling over that debt, basically issuing new bonds to cover and pay the old debt. The hitch is higher interest rates, and that’s where the canny investor comes in.

For most of the developing nations raising bond issues is a no-brainer, while the developed nations have spent the last decade reducing exposure to debt, the emerging markets have gone on a bit of a bender, however they are still considered by major ratings agencies like Fitch, S&P, and Moody’s as relatively safe bets – all three agencies have given India and Brazil a stable rating, and are positive on China and Russia.

So keep your eyes on that Bond market. And don’t forget the expected fed interest rate hike either.

This material is not intended to be relied upon as a forecast, research or investment advice, and is not a recommendation, offer or solicitation to buy or sell any securities or to adopt any investment strategy. The views and strategies described may not be suitable for all investors. It is not possible to directly invest in an index. The opinions expressed are subject to change as subsequent conditions vary. Reliance upon information in this material is at the sole discretion of the reader. International investing involves additional risks, including risks related to foreign currency, limited liquidity, government regulation and the possibility of substantial volatility due to adverse political, economic or other developments. The two main risks related to fixed income investing are interest rate risk and credit risk. Typically, when interest rates rise, there is a corresponding decline in the market value of bonds. Credit risk refers to the possibility that the issuer of the bond will not be able to make principal and interest payments. Index performance is shown for illustrative purposes only. Past performance is no guarantee of future results. Investments will fluctuate and when redeemed may be worth more or less than when originally invested. Advisory Services offered through ACG Investment Management, LLC.  ACG Investment Management is an affiliate of ACG Wealth Inc.

Source for the figures: