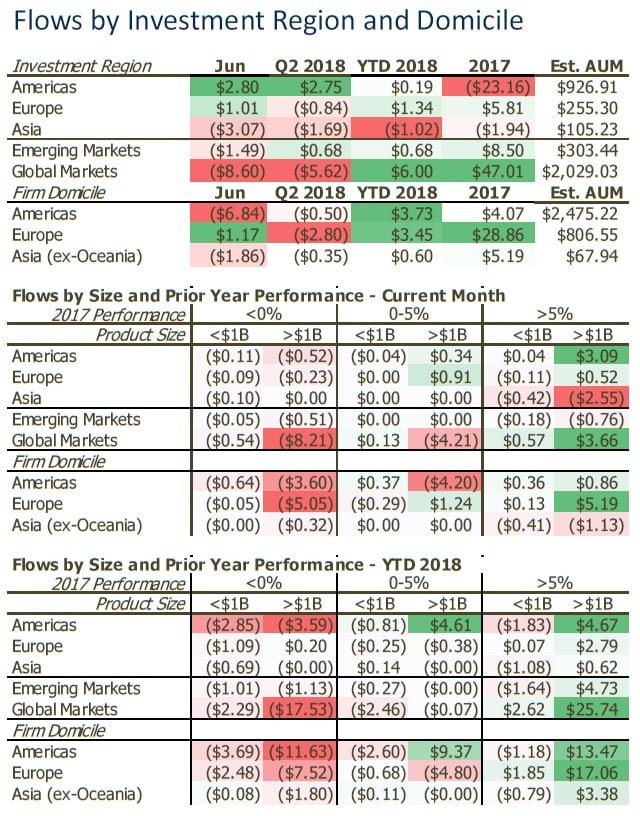 The two months of Q2 2018 prior to June seemed to be wanting to tell us something. Net flows for the industry in each were near flat, but there was “noise” being made within certain segments. That noise became audible in June as investors were net redeemers from the industry to end the quarter.

Q2 2018 is only the second quarter since 2016 where the industry faced net redemptions, and once again the culprit seems to be dissatisfaction with performance. Looking at cumulative flows by fund size and prior year returns on the following page sums up the point well. There is clearly strong demand for those that have performed well, with a preference for size, and clearly investors are willing to remove assets from those not meeting expectations. As a result, evidence of consolidation continues to show, and given recent returns current themes are likely to continue.