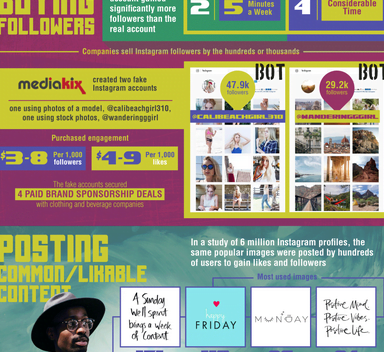 So where do social media accounts come from? Remember there is a complete lack of verification, for better or for worse, when you make an online account. You can easily sign up for a new email and make yourself a new Twitter account right now. Get a few followers and you are ready to start spreading fake news or tricking people into sending you their social security numbers.

Between 2014 and 2016 the number of fake social media sites grew 11 times. As people get more comfortable with social media there is a greater level of trust in things online, which makes exploiting that trust both easier and more fruitful. We’ve all experienced getting a friend request from someone we are already friends with only to discover it was a spoof account, right? The purpose of such accounts is often to discover personal information about someone in order to steal their identity or publicly embarrass them.

So how do you spot fake social media accounts and fake news? There are often glaring warning signs that people ignore completely. For fake social media sites, look for photos that are of celebrities or of objects, lack of verification check marks for celebrities or brands, lots of followers with low engagement, and things like phrasings or topics that seem off. Fake news can be harder to spot. Look for spoofed domains, lack of credible sources, or things that are too weird to be true.