First Solar, Inc. (NASDAQ:FSLR) the Only Winner in the Solar Industry?

The past few years have been nothing short of a roller coaster ride for the solar industry. All the efforts to promote solar energy and make it more accessible has not translated to financial success. First Solar has been the true anomaly and is coming off four consecutive quarters of beating on both the top and bottom line. The company continues to outperform the rest of the solar industry with an effective business model, sound strategy and of course solid earnings.

The bar is set high for First Solar’s second quarter earnings. The Estimize consensus is looking for earnings per share of 71 cents, 35% higher than the same period last year. That estimate has increased 11% since First Solar’s last report in April. Revenue is anticipated up 2% to $908.03 million in revenue, a considerable slowdown from the 81% growth posted in Q1. 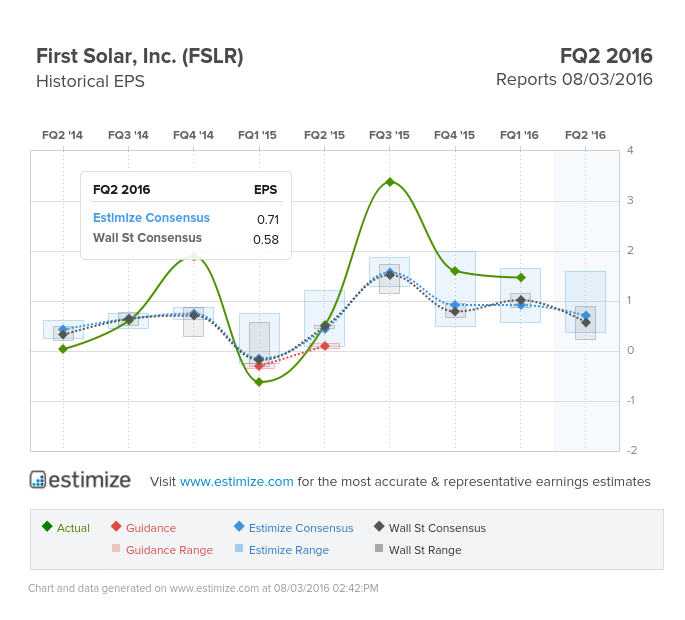 First Solar continues to make impressive strides compared to some of its peers including SolarCity and SunEdison. From a financial perspective, First Solar is one of the few solar companies that hasn’t consistently posted a loss. As a result the stock is up 7% in the past 12 months while its peers have dropped nearly 50%.

In the previous earnings call the company revealed that earnings would be lower in the first half of 2016. It was also mentioned that they were in a transitional phase and will see which could limit revenue growth. Despite its weak outlook, First Solar has made serious headway outside the united states. Its pipeline appears to be building abroad with new mid to late stage opportunities.

Even if this quarter comes in lower than expected it’s unlikely to reach levels reported by other major solar companies. 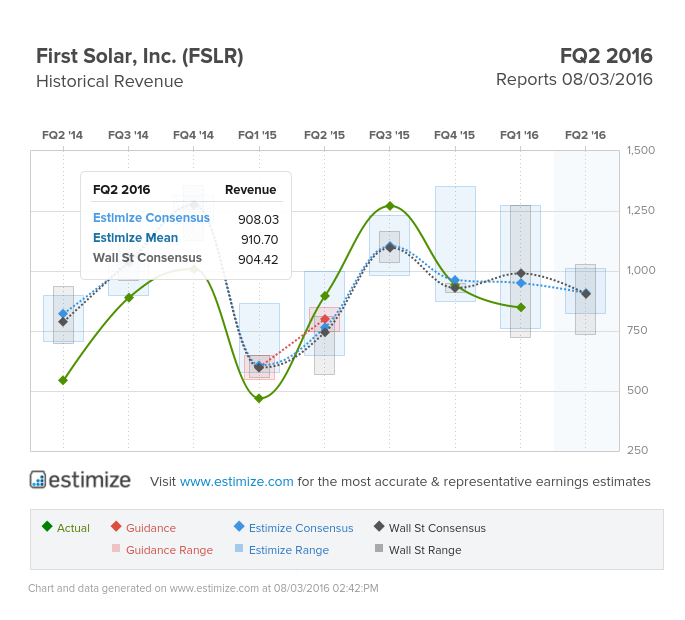 Do you think FSLR can beat estimates? There is still time to get your estimate in here!