Home Business When George Soros Broke the GBP – The Trade Of The...

At 7:30 PM that night, Lamont held a news conference to announce that Britain would be exiting the ERM and floating its currency on the market. Soros and the speculators won.

The Aftermath of Black Wednesday

British financial history now refers to September 17th, 1992 as “Black Wednesday;” George Soros, however, probably calls it something like “Awesome Wednesday.” Once Great Britain floated its currency, the pound fell 15% versus the Deutschmark and 25% versus the US Dollar. 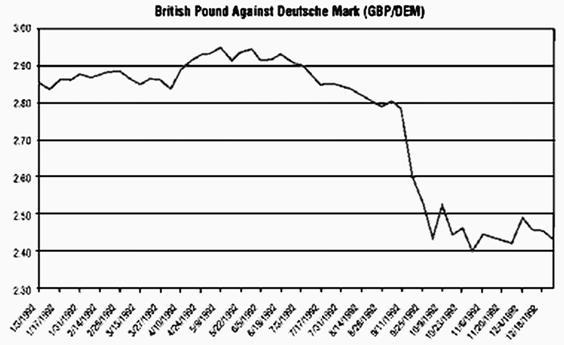 If you’ll remember, Soros’s Quantum Fund had approximately $15 billion betting that the pound would fall versus other currencies. They had borrowed billions to make this trade and they were right. Here’s what happened to the value of their fund versus the price of the pound: 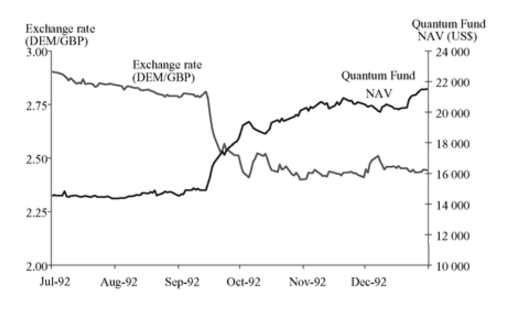 Source: The Handbook of Hedge Funds

The value of the fund increased almost instantly from $15BN to $19BN when the pound floated; a few months later, the fund was worth almost $22 BN. Remember, this is a hedge fund, so Soros and his partners made at least 20% of that $7 billion upside, which is at least $1.4BN. And that, my friends, is how you become a billionaire.

7 Blockchain Stocks to Buy to Go Beyond Crypto