ValueWalk
Home Stocks Microsoft Corporation (MSFT) is Expecting Strong Earnings On the Back of Expanding...

Microsoft is Expecting Strong Earnings On the Back of Expanding Cloud Services: Here’s What to Watch by Estimize 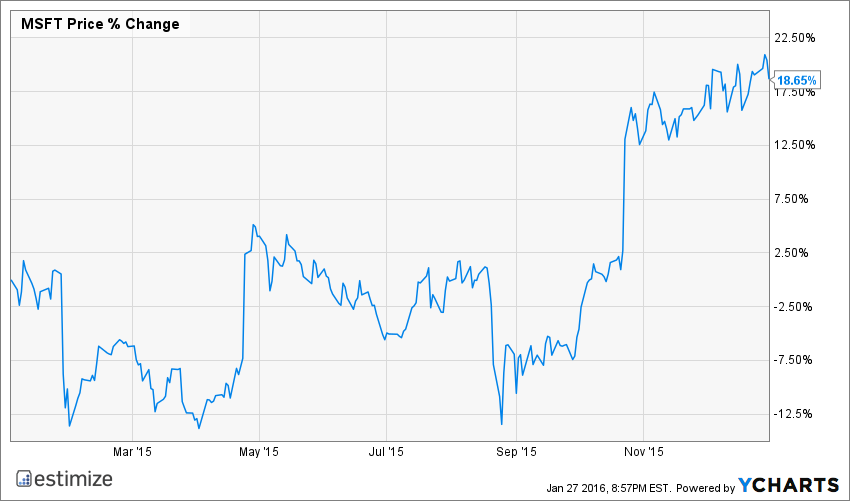 Microsoft made headlines this week, when they announced they would be donating $1 billion in cloud computing services to nonprofits around the world. The announcement comes on the heels of Microsoft’s scheduled FQ2 2016 earnings report. This quarter, the Estimize consensus calls for EPS of $0.71 and revenue of $25.183 billion, both slightly higher than Wall Street’s estimates. Compared to FQ2 2015, this represents a projected YoY decline in revenue of 4%. Contributing to declining revenue, Microsoft gave away its newest operating system, Microsoft 10, and foregoing potential licensing fees. Despite slowing revenue growth, Microsoft share prices still rose almost 20% in 2015 thanks to its rapidly growing cloud business. Two of the company’s main drivers moving forward will include improving its cloud services and expanding operating margins. 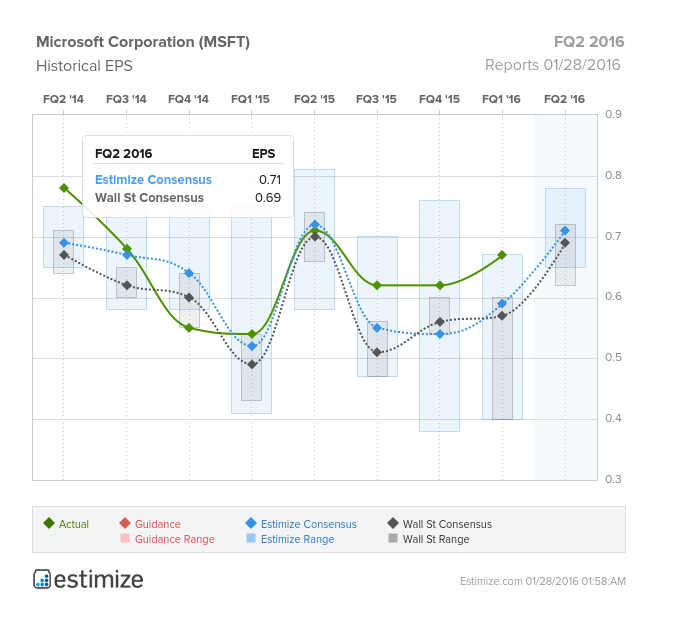 Historically, Microsoft’s success has been driven by its software. Whether it is licensing of the newest Windows operating systems or MS Office Suite, software has dominated Microsoft’s financials through much of its history. However in the digital age, Microsoft and other tech companies have realized that cloud computing comes first. The company is increasingly more dependent on its cloud computing services as a consistent source of growth and revenue. Last quarter, clouding computer accounted for $8 billion of the company’s $20 billion in revenue and is expected to reach $20 billion per quarter in the near future. Driving Microsoft’s cloud business are its flagship products, Microsoft Azure and Office 365, with Azure growing faster than Amazon Web Services. Microsoft’s commercial suite of cloud services currently dominate the market along with Amazon Web Services and Google. Since competition is so concentrated at the top, any slowdown in Microsoft’s cloud services will create negative sentiment. 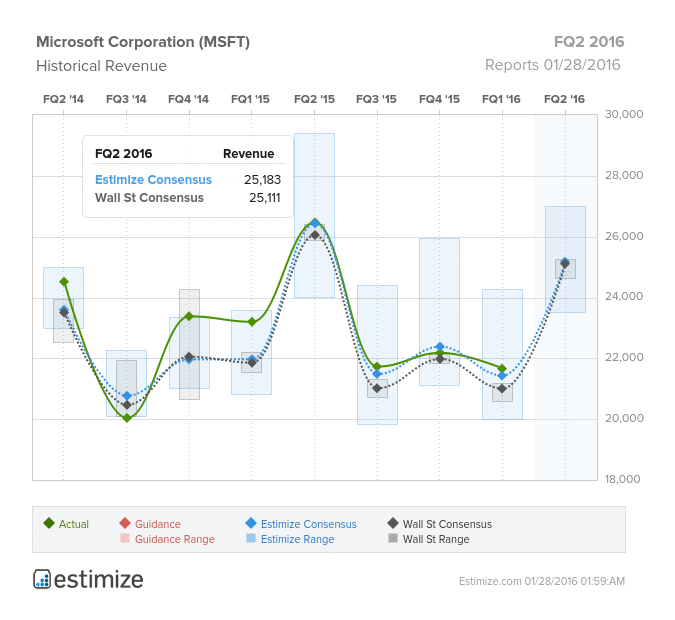 Besides cloud computing, MSFT created a buzz this quarter when the company surpassed 200 million users on Microsoft 10. In addition, its search engine, Bing, posted its first quarter of profitability, contributing over $1 billion to Microsoft’s top line. MSFT also launched its first laptop and released the Surface Pro 4 which unfortunately is expected to fall flat. That said, hardware isn’t a major component of Microsoft’s business. Heading into its earnings call, all indications are that the company will report growth in key sectors, particularly cloud computing.

Do you think Microsoft can beat estimates? There is still time to get your estimate in here!