Hottest links for Tuesday 7th January, the late edition (see Monday’s edition of hottest links). Get our free daily newsletter (the updated version) and never miss a single linkfest. Also, now if you sign up you will get our new e-book on value investing.

Top stories for today are below. We have some great stories to stay inside and read this afternoon while avoiding the Polar Vortex, including regulators folding like a cheap card table in the first Volcker Rule battle, individual investor stock allocation hitting a post-crisis high, and a highly interesting Bitcoin alternative, Stalwartbucks.

Despite its title, Modern Security Analysis: Understanding Wall Street Fundamentals is not a didactic explanation of techniques for evaluating securities. [Michael A. Martorelli, CFA Institute]

Nassim Taleb is a vulgar bombastic windbag, and I like him a lot. His books do a good job of explaining some deep, important finance ideas for a general audience. [Noah Smith, Noahpinion] Related; At the start of 2010, Taleb argued that betting against government treasuries is a “no brainer” due to the high U.S. deficit and what he perceived as the high risk of inflation. [John Aziz, The Week]

Checking in on the Chilling Cohort of Negative Enterprise Value Stocks

Each negative EV stock has something very wrong with it….However, despite the fear they inspire, and perhaps because of it, we know that – as a group and over time they tend to generate highly attractive returns. [Alon Bochman, Inside Investing]

Swedroe: The Best Approach To ‘Value’

The S&P 500 (INDEXSP:.INX) has had 10 years since 1957 that it changed by less than 5% over the full year (listed below).  In those years, the lowest point of the year has on average been 10.6% lower than the starting mark. [Scott Krisiloff, Avondale Asset Management] The latest asset allocation survey from AAII showed a new high in demand for stocks and new lows for both cash and bonds. [Cullen Roche, Pragmatic Capitalism] New HFT Lobbying Effort in US

Ascent of the Fallen Stars

A surprising byproduct of this year’s rally was the comeback of the star manager: investors with long spells of brilliant performance, whose funds then spectacularly imploded. [Leslie P. Norton, Barron’s]

Power Principles That 50 Cent and Ray Ralio Have in Common

Looks like billionaire hedge fund titan and rapper have more in common then you’d ever expected.Both self made titans sometimes even use the same wording in their principles. [Hedge Ho]

Okay, but keep in mind that dips and corrections rarely occur in a vacuum. They are usually accompanied by fresh fears or even caused by a news item that hijacks the headline cycle out of nowhere. [Joshua M Brown, The Reformed Broker]

In 2013, an annual Gallup survey found that stock ownership, even in retirement accounts, had reached a record low of 52%, down from 62% five years prior. [Melanie Hicken, CNNMoney] 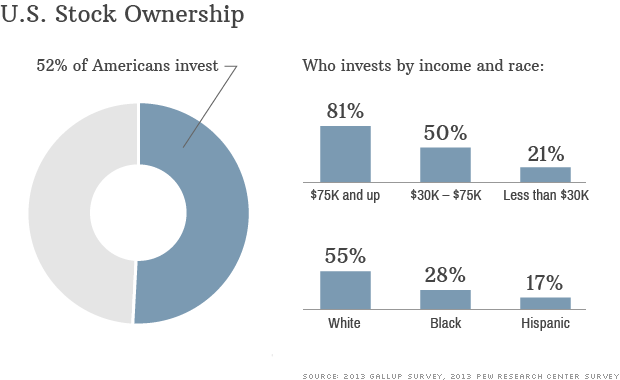 The fight started a few weeks ago from an unlikely source. In mid-December, Salt Lake City-based Zions Bancorporation (NASDAQ:ZION) said it was being forced to take a $387 million loss, more than the bank had earned in any single year since 2007. [Stephen Gandel, Term Sheet]

Berkshire Hathaway Inc. (NYSE:BRK.A) (NYSE:BRK.B)’s foray into the home-brokerage arena 14 years ago was almost an afterthought. Today, Warren Buffett’s company is staking its name on the business. [Noah Buhayar, Bloomberg]

Train passenger tried to have sex with onboard drinks trolley

A train passenger was caught trying to have sex with the on-board drinks trolley after downing a cocktail of alcohol and legal highs. Andrew Davidson attempted the bizarre coupling while shouting “I want to kiss you” at the trolley. [STV]