Hottest links for Saturday and Sunday AKA the weekend edition (see previous edition of hottest links). Get our free daily newsletter (which HAS BEEN RECENTLY UPDATED) and never miss a single linkfest. Also, now if you sign up you will get our new e-book on value investing.

Top stories for today are included below.

I highly recommend “The Frackers: The Outrageous Inside Story of America’s New Billionaire Wildcatters” by WSJ writer Gregory Zuckerman (also author of “The Greatest Trade Ever”, reviewed by me here). The book tracks the business lives (and, to a more limited extent, the personal lives) of several successful and less-than-successful pioneers whose companies have revolutionized America’s energy industry. [Barbarian Capital]

So, someone commented on another outsider-esque investment idea backed by some billionaires. Platform Acquisition Holdings is another Martin Franklin – Nicolas Burggruen SPAC (special purpose acquisition corporation, otherwise known as a blank check company).   Bill Ackman also owns a stake.  Martin Franklin took over Jarden Corp (NYSE:JAH) as Chairman and CEO in September 2001 and now is executive chairman (gave up CEO post in 2011). [KK, The Brooklyn Investor] 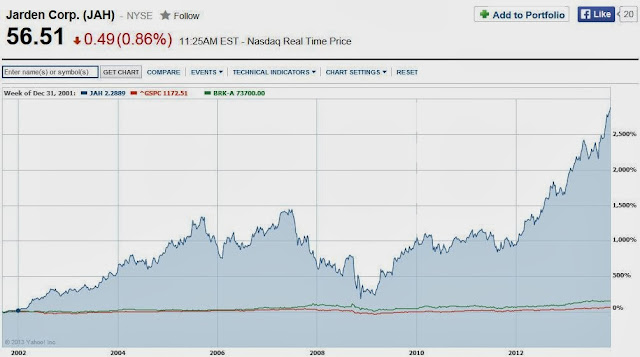 I was introduced to Pulse Seismic Inc (TSE:PSD) (OTCMKTS:PLSDF) by Mackie who authors the excellent Moatology blog.  Pulse is a Canadian microcap. Its business should be the easiest in the world to understand.  They own a library of seismic data (“seismic data” is just a fancy way of saying maps that help oil and gas companies know where to drill). [Punchcardblog]

Not a Bubble, Just the Old Normal

Probably the best method of “bubble detection”, to the extent such a thing is even possible, is to simply observe an investment’s recent past performance history to measure how far in excess of the long-term average it has been. [Joshua M Brown, The Reformed Broker]

“An investor looks for safety… The speculator looks for a quick profit.” Livermore is saying that what differentiated him and other speculators from investors was: (1) a willingness to make bets with short duration and (2) not seeking safety. [Tren Griffin, 25iq]

Why you should use investment checklists and a written plan

Most stock pickers don’t use investment checklists, and even fewer have detailed written plans which they follow diligently and improve over time as they learn new lessons.  I think that’s a big mistake, and it’s probably one of the biggest reasons why the majority of private investors underperform the market. [John Kingham, UK Value Investor]

The Greek philosopher Aristotle (348 BC – 322 BC) was a renowned polymath, who studied everything that could be studied at the time. He is thought to have written his many works as teaching aids to his students. [David Foulke, Turnley Analyst]

We’re largely ignorant, that is, we operate in a state of the world where some possible outcomes are unknown. However, we’ve prepared for a world where outcomes and probabilities can be estimated. There is a mis-match between our training and reality. [Shane Parrish, Farnam Street]

The Year of Europe? Sure, It Could Happen

Portfolio manager David Herro has invested about 75% of the Oakmark International Fund Class I (MUTF:OAKIX) in a big bet on Europe. He doesn’t want the indexed ETF’s heavy exposure to commodity calls in energy, nor to pharmaceuticals beholden to government spending cuts. [Brendan Conway, Focus on Funds]

Investors Bet Against the Yen

Investors are piling into bets against the yen, taking another run at a trade that proved lucrative for some of the industry’s biggest money managers earlier this year. [Mia Lamar, The Wall Street Journal]

US financial regulators are turning their sights on private equity firms after winning a string of legal cases against hedge funds… [Madison Marriage, FT]

Fletcher’s master hedge fund, Fletcher International, which filed for bankruptcy protection in June 2012, was a fraud with “many of the characteristics of a Ponzi scheme,” according to a bombshell report. [Michelle Celarier, New York Post]

The GSElevator Guide to Bar Etiquette

As John Carney pointed out on Business Insider, stop pulling out your credit card for one drink. You’re not only wasting the bartender’s time and delaying his tip by at least a week, you’re slowing shit down for the rest of us. Go to an ATM and pay the fee they charge you to not waste everyone else’s money. [gselevator]

Shiller and Gundlach Size Up the World

At first glance, Robert Shiller and Jeffrey Gundlach make an odd pair. Shiller, recently awarded the Nobel Prize in economics for his “empirical analysis of asset prices,” is soft-spoken and has the professorial demeanor befitting a Yale academic. [Lawrence C. Strauss, Barron’s]

Social workers in Britain obtained a court order to have a pregnant Italian woman forcibly sedated so her child could be removed from her womb without her consent.[Colin Freeman, The Guardian]