Hottest links for Tuesday November 19th, 2013 the very late edition (see Monday’s edition of hottest links). Get our free daily newsletter (which HAS BEEN RECENTLY UPDATED) and never miss a single linkfest. Also, now if you sign up you will get our new e-book on value investing.

Top stories for today are included below. Tesla has been on fire this year, but as the phrase has taken a new meaning investors are dumping shares; however, one hedge fund is up a whopping 72 percent in its leverage portfolio on TSLA and some other hot name stocks, check out our exclusive below; Also NQ/ HLF are not the only controversial stocks, Chanos is bearish on oil companies including XOM, which Buffett just took a giant stake in; And in Not The Onion Dropbox thinks its worth $8 (fill in the blank) illion.

The Science of Sleep

Sleep is way more important than we realize. It’s also, according to David Randall in Dreamland: Adventures in the Strange Science of Sleep, “the largest overlooked part of your life and … it affects you even if you don’t have a sleep problem.” [Shane Parrish, Farnam Street]

Tim Hale’s classic book Smarter Investing has proved an “Aha!” moment for me and many other Monevator readers on the journey to investing enlightenment. [The Accumulator, Moneyvator]

Chapter 15 of How To Value Invest Excerpt Part 2

Even though I talked about this a little bit earlier in How To Value Invest, I wanted to expound on my decision-making thought process when selling a company.  Thank you to those readers who asked that I write about this because this is something I struggled with mightily when starting investing. [Jason Rivera, Value Investing Journey]

There are few mysteries to this idea. Republic Airways Holdings Inc. (NASDAQ:RJET) was once an entity operating two different businesses, (1) a nascent, branded low-cost airline, and (2) a contract carrier. The Republic segment’s profile looks like this: [Red, The Red Corner]

How To Be A Long-term Investor

Long-term investing is a key component of some of the most famous and successful investors of the last century.  It separates those who run around in circles like headless chickens from those who understand the timescales in which business and stock market cycles work. [John Kingham, UK Value Investor]

Charlie Munger Translation: Taxes and Alpha are the Shiznit!

Compounding My Interests has a great post highlighting some wisdom from Charlie Munger–a TRULY great investor. Another very simple effect I very seldom see discussed either by investment managers or anybody else is the effect of taxes. [Wesley R. Gray, Turnkey Analyst]

GGHC is impressed with Tesla Motors Inc (NASDAQ:TSLA)’s business model and adds that the company’s ability to make electric vehicles gives it an easier distribution system. The fund believes that Tesla does not need large showrooms like traditional companies and can get the products marketed and sold with just a few online stores. [Tabinda Hussain, ValueWalk] Related; Tesla Motors Inc (NASDAQ:TSLA) shares continued to spiral downward in premarket trading on Tuesday after it was revealed that regulators opened an investigation into the Model S after three fires. [Michelle Jones, ValueWalk] 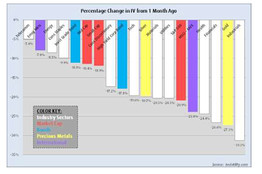 Battle Of The Beasties

Yesterday, Morningstar’s researchers debated which fund had the most intimidating discussion of risk factors in its prospectus. Their two finalists were Winklevoss Bitcoin Trust and ProShares Trust II (NYSEARCA:UVXY). [John Rekenthaler, Morningstar]

Another Reason Not To Buy Actively Managed Funds

Most studies comparing index funds to actively managed funds are focused on the percentage of active funds that outperformed or underperformed the index product.  While that’s a good start, an equally interesting number is the median excess return generated by the winning active funds versus the median shortfall in return experienced by the losing funds. [Rick Ferri]

Bitcoin, the popular Internet currency, is on the map in more ways than one. You can watch it trading across the globe, and possibly draw some intriguing conclusions about where this fast-moving digital money is going. [Quentin Hardy, Bits] 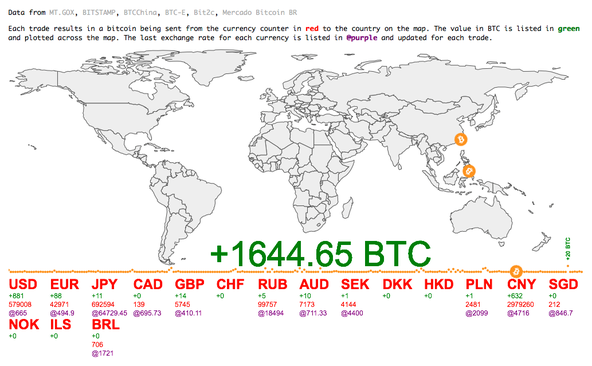 The hedge fund, Clinton Group, earlier this month teamed up with another shareholder to nominate seven new directors to the board of ValueVision Media Inc (NASDAQ:VVTV), which sells jewelry, appliances and other home goods online and on television. [Liz Hoffman, MoneyBeat]

Advance Emerging Capital Is In Russia For The Long Haul

Russian equities may be out of favor, but cheap valuations make them attractive on a long-term basis, says a U.K. fund manager. [Robert Stowe England, Institutional Investor]

I’m going to try to start doing a weekly post digging into the 10-K of a stock that has been active on Stocktwits over the past week. Hertz Global Holdings, Inc. (NYSE:HTZ) has to obtain concessions to operate at airports: “obtained from the airports’ operators…typically governmental bodies or authorities.” Require to pay percentage of revs and fixed rent. [Scott Krisiloff, Avondale Asset Management]

The Media, Like the Market, is a Two-Way Street

Elon Musk is getting an education on that very subject as we speak. The brilliant inventor and entrepreneur was given a full year in the spotlight as his Tesla Motors Inc (NASDAQ:TSLA) Model S became the darling launch of Wall Street. His halo shone so brightly it even illuminated the stock price of SolarCity Corp (NASDAQ:SCTY), another company he’s leading. [Joshua M Brown, The Reformed Broker]

Last March I wrote about the Big Four, in particular Deloitte, infiltrating the news media by sponsoring paid content in publications like the Wall Street Journal. Now Deloitte, and PwC, are borrowing even more media credibility by co-hosting conferences with major news organizations. [Francine McKenna, re: The Auditors]

Just two years before the presidential election, the Census Bureau had caught an employee fabricating data that went into the unemployment report, which is one of the most closely watched measures of the economy. [John Crudele, New York Post]

Ex-Glencore Trader Who Company Insists Has A Drinking Problem

Glencore International PLC, St. Helier (OTCMKTS:GLNCY) trader fired over an alleged alcohol problem can’t sue the company to recover a share award worth about $1 million, that were awarded when he was hired, a U.K. court ruled. Judge Richard Seymour said he was “troubled” by Andrew Kearns’s lawsuit because it didn’t state a valid legal claim. [Bess Levin, DealBreaker]

This year, we’ve asked a select group of Fortune staffers and contributors to nominate their MVPs within their respective beats. In today’s installment, Fortune finance writer Stephen Gandel offers his selection of top performers on Wall Street for 2013. [Stephen Gandel, CNNMoney]

Dropbox Is Said to Seek $250 Million in Funding, Doubling Its Valuation

Dropbox, a five-year-old San Francisco start-up that allows users to access stored documents via the web, is seeking $250 million in funding in a round that would value it at more than $8 billion, according to people with knowledge of the matter. [Quentin Hardy And David Gelles, DealBook]