Hottest links for Wednesday October 24th, 2013 the finally was supposed to be on time edition but got delayed (see Wednesday’s edition of hottest links). Get our free daily newsletter (which is being updated to make it even better) and never miss a single linkfest.

Top stories for today can be found below. Some great valuation and behavioral finance pieces; Will a robot take your analyst job? Some good pieces on accounting; Great piece on JPMorgan, and lots more (make sure to check not the onion today); Sorry folks but we made a no Carl Icahn Apple rule today so you will not see any news on that here (although you can find elsewhere on ValueWalk). 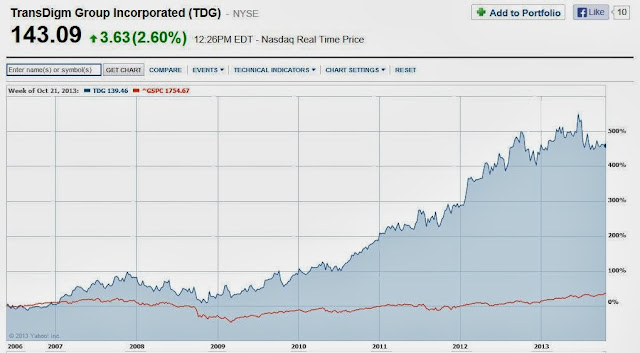 Investing As A Hobby

Investing is a serious business. We are talking about your future here, people. So should investing ever be a hobby? Admittedly the lure of investing in individual stocks, ETFs, currencies is strong. As I wrote in my book; Abnormal Returns: Winning Strategies from the Frontlines of the Investment Blogosphere. [Tadas Viskanta, Abnormal Returns]

“Worldly wisdom,” writes John Maynard Keynes in The General Theory of Employment, Interest, and Money, “teaches that it is better for reputation to fail conventionally than to succeed unconventionally.” [Shane Parrish, Farnam Street]

Kazakhmys as a spinoff situation

I would argue that the disposal is very much in the nature of a spin-off. The returns on Eurasian Natural Resources Corporation (LON:ENRC) have been poor for Kazakhmys plc (LON:KAZ) (OTCMKTS:KZMYY), and its disposal will fetch $850m. It intends to buy back 77m of its own shares, which will cost about £200m at today’s prices. [Mark Carter, Mcturra2000]

The death knell appears to be ringing for Telecom Italia SpA (ADR) (NYSE:TI) (BIT:TIT)’s fixed line spinoff. Apparently, Spain’s Telefonica S.A. (ADR) (NYSE:TEF) (MCE:TEF), which recently upped its stake in the company to a controlling position, has other plans for turning around the business. [Spin Doctor, Stocks Spinoffs]

Participating in a Q&A last week at The Washington Post Company (NYSE:WPO)’s Metropolitan Club, Warren Buffett, 83, spoke of his long-term affection for the paper and said he had “briefly” considered buying it when it went on sale earlier this year. [Carol Loomis, Term Sheet]

Vanguard this week substantially lowered the barrier for advisors to access its lowest-cost “Admiral” share class for a wide variety of its index mutual funds. [Matt Hougan, IndexUniverse]

Hedge Funders Couldn’t Be Happier About This Politician

Deloitte Pays Another Fine And Then Moves On

The Public Company Accounting Oversight Board censured Deloitte & Touche LLP yesterday and imposed a $2 million civil penalty against the firm for violating the Sarbanes-Oxley Act and PCAOB rules when it permitted Christopher E. Anderson, a former partner to perform or continue to perform activities as an “associated person” that were prohibited while he was subject to a PCAOB suspension order. [Francine McKenna, re: The Auditors]

The Path Forward on Disclosure

The NACD has also been a very important partner to the SEC—providing valuable input on a number of our rulemaking efforts that affect companies and their boards of directors. [Mary Jo White, Law.Harward.edu]

Analysts Beware! A Machine Has Its Eye On Your Job

In late May, at Michael Milken’s annual gathering of financial notables in Los Angeles, one center-stage topic was the impact of increasingly powerful computers and software and their ability to extract meaning from the gaint data sets. [S.L. Mintz, Institutional Investor]

Securities and Exchange Commission Chairwoman Mary Jo White assured compliance officers Tuesday that if they act “within the law” they should not fear enforcement action. [Melanie Waddell, ThinkAdvisor]

As for Mr. Dimon, he had to meet with Attorney General Eric H. Holder Jr. and suffer a modicum of humiliation. But, ultimately, he was personally able to hash out a $13 billion mortgage securities settlement for JPMorgan Chase & Co. (NYSE:JPM), the bank he heads.  [Jesse Eisinger, Propublica]

Clowns from all over the world in attendance at the 17th International Clown Convention have denied any of their colleagues were involved in the killing of drug cartel leader. [Christina Finn, thejournal.ie]