Hottest links for Tuesday October 29th, 2013 the edition on time (see Monday’s edition of hottest links). Get our free daily newsletter (which is being updated currently to make it even better) and never miss a single linkfest.

Top stories for today can be found below. Lots of good stuff today and there will be more tomorrow. Also we are covering two great value events today, Invest for Kids, Great Investors’ Best ideas Foundation, as well as Buttonwood; Speakers include Nelson Peltz, Michael Price, Tom Gayner, Mario Gabelli, and many others. Come back to ValueWalk or subscribe by email; otherwise they will likely be in tomorrow’s linkfest. We will also have coverage from Paul Singer’s Q3 letter to investors today, so stay tuned for lots of great information/articles.

From Buffett to Fisher

Stock indices are close to their all-time high levels and the market is wild with excitement. Before you press the buy button, check out the advice of one of the world’s most successful investor of all time, Warren Buffett: “Be greedy when others are fearful, and fearful when others are greedy.” [Sameer Bhardwaj, The Economic Times]

An Introduction to the Balance Sheet

This article is the fourth week’s lesson in the ModernGraham Academy beginner’s course, An Introduction the the Balance Sheet. [Benjamin Clark, ModernGraham]

Is There Such a Thing as “Human Nature”?

While the setting was fairly typical for an anthropologist, Henrich’s research was not. Rather than practice traditional ethnography, he decided to run a behavioral experiment that had been developed not by psychologists or anthropologists, but by economists. [Ethan Watters, AdBusters]

“Better Information” Does Not Equate to Better Returns

The experiments are set up in such a way that certain traders receive different levels of information in a simulated trading environment. The question the authors address is whether or not more information translates into better performance. [Wesley R. Gray, Turnkey Analyst]

Chastened by the financial crisis which General Electric Company (NYSE:GE) entered as a finance company with some industrial assets attached, CEO Jeff Immelt has been on a multiyear mission to shift the company’s focus back to its industrial operations. [Inelegant Investor, Stock Spinoffs]

More foreign hedge funds are devoting resources to China, attracted by strong returns, the potential for growth and signs that the country will continue to develop its financial markets. [Chao Deng, MoneyBeat] 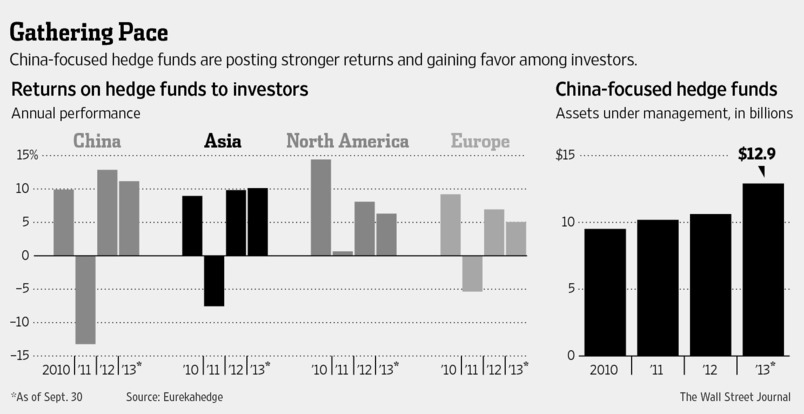 In a Year, Investors Halved the Biggest Gold ETF

Wayne Yu, head of event-driven investment at Societe Generale SA (ADR) (OTCMKTS:SCGLY) (EPA:GLE) in New York, is starting his own hedge fund in the first quarter of next year, according to a person familiar with his plans. [Katherine Burton, Bloomberg] 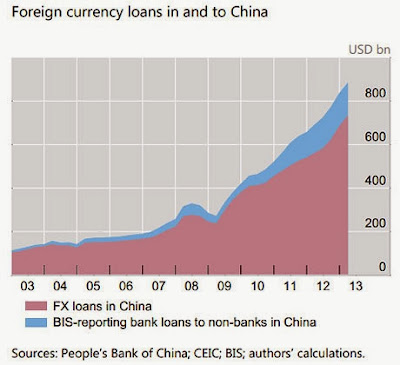 Have You Been Depressed Since DeBeers Was Delisted?

Alrosa might be considered the king of diamonds. It is the world’s largest rough diamond producer by volume, with almost 1bn carats of resources. It’s certainly the king of privatizations, as far as 2013 is concerned. A stake of 16 per cent stake in the company was sold for $1.3bn in an IPO on Monday, making it Russia’s first state privatization of the year. [Climateer Investing]

Three pension plans are 91% unfunded, and the island’s population is declining. Tax-supported debt as a percentage of personal income in 2011 was a jaw-dropping 88.9%, compared to Illinois’ 6%. Unemployment was 16% for fiscal year 2010, and per capita income was $15,203. [Hildy and Stan Richelson, Advisor Perspectives]

Andrew Lo thinks financial engineering can cure cancer. The biggest problems confronting cancer research are the enormous cost of developing drugs, the long research and development cycles and the high likelihood that a drug will fail. [Robert Huebscher, Advisor Perspectives]

Some institutions that already have exposure to Dell Inc. (NASDAQ:DELL) via their existing commitments to Silver Lake are effectively doubling down (or more) on this particular deal. [Dan Primack, Term Sheet]

A couple of years ago, I was startled to see the cover of Maclean’s, a national Canadian magazine, showing a picture of a horse lying on an MRI table with the headline, “In Canada a horse gets better treatment than you.” It went on to say that young Canadian medical students have no incentive to become doctors to humans because they can’t make any money. [Bess Levin, DealBreaker]

In that light, what was once perceived as a liability is now viewed as an advantage. Interviewing specialists onstage is now called “live journalism,” and conference centers are considered just another social platform with Twitter, Inc. (NYSE:TWTR), Facebook Inc. (NASDAQ:FB) and online video. [Leslie Kaufman, The New York Times]

Seven Resources to Make You a Better Writer

Fortunately, there’s no shortage of people who are willing to give advice on becoming a better writer. If you’re looking for inspiration, encouragement or just some basic writing tips, check out these resources. [Megan Elliott, Advisor Perspectives]

Man Cited For Attack On Tree

A La Crosse man climbed a downtown tree early Saturday and tore a limb from its trunk, telling officers he was “paying the tree back,” according to police reports. [LaCrosseTribune]