China`s economy grew 7.9% for the fourth quarter of 2012, signaling to some that China might be rebounding from a two-year downtrend in economic growth. When it comes to Chinese data though, transparency issues always rear their ugly head.
As a result, many analysts look to Electricity usage to confirm the economic numbers. Many times the electricity numbers are at odds with the stronger economic numbers coming out of China, and analysts believe that during this downturn, the actual growth numbers were much lower than those published officially.
They pointed to lower electricity numbers that have dropped off substantially more than the economic drop-off on a percentage basis. The conclusion is that China is inflating the real growth numbers to paint a more flattering picture of their economy.
Is this the right Conclusion?
When the latest economic numbers came out, analyst compared these numbers with the electricity numbers, and they came to the conclusion that the electricity numbers confirmed an uptick in economic growth in China. So their conclusion is that the Chinese GDP numbers are correct.
Productive Growth vs. Artificial Growth
I have my doubts regarding the Chinese growth numbers. But I even have a bigger gripe with what I call productive growth. As in, not building ghost cities for the sake of artificially pushing up economic activity, if the finished assets are artificial, and will provide no productive long-tern use to society.
Further reading: 4th Quarter Earnings Will be an Unmitigated Disaster
For example, there are no ghost businesses in Silicon Valley that are not trying to push the innovative envelope forward with greater technology advancement which spurs legitimate economic growth for our society. But this is another argument for another time. 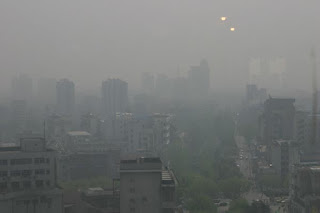 Record Cold Spell in China
My focus is the takeaway from the Chinese electricity usage, and the conclusions drawn from said usage. I don`t think we can draw the same conclusion from the electricity numbers as analysts have done in the past for the following reasons.
It was unusually cold for the fourth quarter in China, one of the coldest on record according to meteorologists. Not just unusually cold, but record breaking cold. The kind of cold that people cannot plan for ahead of time.
I would expect that much more energy had to be used, and that much more electricity would be required just to keep regular business operations going, and keep the Chinese people from freezing to death.
Yes, it was that freaking cold in China! The numbers made me want to move to San Diego, and I live in a pretty mild climate during the winter. 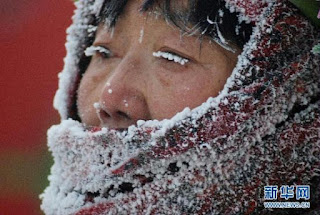 Coal, Heating Oil, Electricity should all Surge in 4th Quarter
I think given the numbers, that electricity usage should have set records just to account for the record breaking cold spell that made up a significant portion of the fourth quarter.
In fact, I attribute much of the increased smog to the extra running of coal fired power plants to help buffer the effects of these long cold fronts in China.
This Hedge Fund Believes The New Real Estate Cycle Is “Well Underway”

Further reading: The Japanese Yen Trade Is Exporting Inflation to China
Therefore, any uptick in coal, electricity, heating oil in China needs to be taken in the context of one of the coldest spells on record in that country, and we should not draw the conclusion that these commodities increase in usage is a sign of an uptick in economic growth for the country. 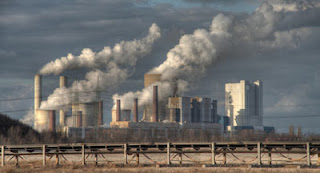 Too soon to tell if China has truly bottomed
China may very well be improving, but I would expect better growth numbers from the fourth quarter anyway, even if their economy is still trending down.  I think it is too soon to tell if China has actually bottomed from their two-year downturn in economic activity.
We will have to wait and see how 2013 plays out.  But given the extreme cold period of the last quarter, I think looking for electricity usage to confirm Chinese GDP data is problematic this time around. Things aren’t always as they appear.
Further reading: Counterpoint to Goldman Sachs Chief Commodity Strategist