1) Nobody is a greater admirer of Berkshire Hathaway (BRK-B) CEO Warren Buffett than I am... But that doesn't mean I always agree with, much less follow, his moves in the stock market.

For example, when he started buying IBM (IBM) in 2011, I publicly said the stock was a value trap and privately wrote to him, outlining the reasons I thought he should sell it. (He roughly broke even before dumping it six years later.)

More recently, I bought a basket of seven airline stocks for my personal account in the middle of March last year, at close to the market bottom, which did splendidly. I sold them much too soon (in June and November), but at least I didn't panic and sell them when Buffett disclosed at his annual meeting on May 2 that he'd dumped all of his airline shares.

Lastly, I'm still holding onto the basket of six bank stocks I bought in March 2020. As a group, they're up 80% versus 61% for the S&P 500 Index, with nearly all of these gains in the past five months, so I'm glad I didn't sell as Buffett sold off most of his financial stock holdings last year, which, as this Barron's article notes, was Warren Buffett's $10 Billion Mistake. Excerpt:

Berkshire Hathaway CEO Warren Buffett soured on many bank stocks last year. That decision cost Berkshire about $10 billion, given the strong rally in the sector in recent months, Barron's estimates.

The sales of bank stocks were one of Buffett's investment miscues during a year of mistakes and missed opportunities. Berkshire also sold about $6 billion of airline stocks near the sector's low last April. The four major airline stocks formerly held by Berkshire have since roughly doubled.

My point here isn't to criticize Buffett – a few mistakes don't change the fact that he's the greatest investor of all time, nor do they mean that he's lost his touch.

Rather, I want to underscore the importance of thinking independently. As I wrote in my November 17 e-mail, in which I analyzed Berkshire's third quarter 13-F regulatory filing, which showed continued sales of bank stocks: "It feels strange to be on the other side of a trade from Berkshire's legendary CEO Warren Buffett by being bullish on bank stocks, but I'm not deterred." That's the key. To quote Buffett himself:

You're neither right nor wrong because other people agree with you. You're right because your facts are right and your reasoning is right – that's the only thing that makes you right. And if your facts and reasoning are right, you don't have to worry about anybody else.

2) There are a lot of exciting developments occurring in the field of robotics, which I'm following closely.

AutoStore's technology makes it possible for warehouses to be operated almost entirely by robots. The company was founded in 1996 and pioneered a system of densely storing and accessing goods that is widely used today.

It employs giant cubes packed with bins. Robots, but not humans, can travel across the top of the cubes, digging out bins and delivering them to stations where workers assemble orders. It is especially useful in smaller warehouses, which are proliferating in a race to speed up the delivery of goods to consumers in cities.

The company, which expects to turn a profit in 2021, has benefited as manufacturers embrace technology as a way to cut costs and as e-commerce touches more parts of everyday life – whether shopping for clothes, groceries, or household essentials. AutoStore's customers include John Deere, Gucci, and Texas Instruments, according to the company's website.

Another exceedingly cool robotics company is Boston Dynamics, whose three-minute video of its robots dancing to the classic song "Do You Love Me?" went viral at the end of last year, with more than 30 million views to date. Trust me, it will put both a smile and a look of amazement on your face!

On Sunday, March 28, Anderson Cooper of 60 Minutes (who interviewed me for the Lumber Liquidators story in 2015 – you can watch the video here) took an in-depth look at the company: Boston Dynamics: Inside the workshop where robots of the future are being built. Excerpt:

Boston Dynamics is a cutting-edge robotics company that's spent decades behind closed doors making robots that move in ways we've only seen in science fiction films. They occasionally release videos on YouTube of their life-like machines spinning, somersaulting or sprinting, which are greeted with fascination and fear. We've been trying, without any luck, to get into Boston Dynamics' workshop for years, and a few weeks ago they finally agreed to let us in. After working out strict COVID protocols, we went to Massachusetts to see how they make robots do the unimaginable.

From the outside, Boston Dynamics headquarters looks pretty normal. Inside, however. it's anything but. If Willy Wonka made robots, his workshop might look something like this. There are robots in corridors, offices, and kennels. They trot and dance and whirl and the 200-or-so human roboticists, who build and often break them, barely bat an eye.

60 Minutes also posted this additional five-minute video: What is the future of robotics? 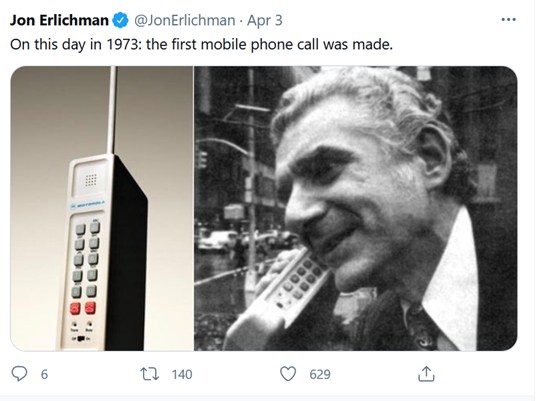