The American Trucking Associations’ upcoming 2022 Driver Compensation Study is a benchmarking tool that can be used to inform carriers on where exactly they stand in terms of driver pay and benefits. This study is a comprehensive evaluation that assesses how fleets compensate their drivers, including detailed data ranging from base pay packages and bonuses to benefits, such as paid time off. The survey data includes 185 fleets, over 135,000 employee drivers, and nearly 20,000 independent contractors, with data broken down by For-Hire TL carriers, LTL carriers and Private fleets. Pay rate data is for 2021, including estimates for annual compensation. 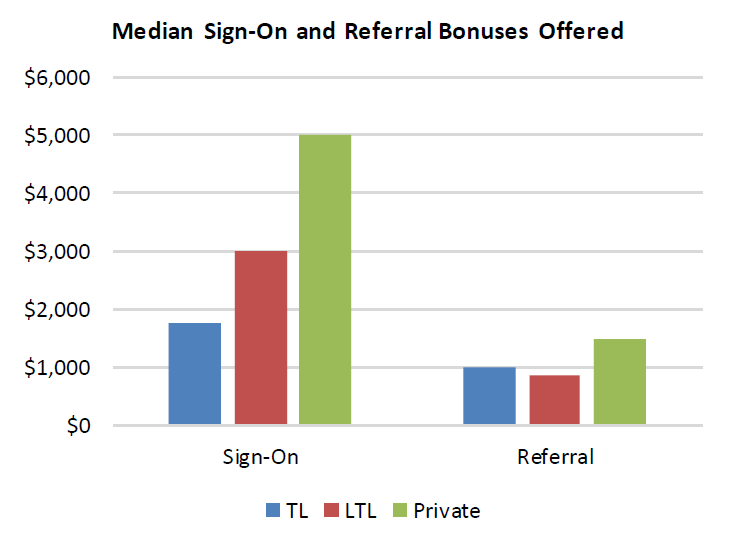 Over ninety percent of TL respondents raised driver pay in 2021, offering an average increase of 10.9%. Ninety-six percent of TL carriers offered a referral bonus to employee drivers with a median value of $1,150—which is $150 higher than our last survey indicated. This was in conjunction with an even more impressive $750 increase in the median sign-on bonus offered by 54% of TL carriers.

100% of LTL respondents raised driver pay in 2021, offering an average increase of 2.6%. Eighty-two percent of LTL carriers offered a referral bonus to employee drivers with a median amount of $875, which is $80 higher than our last survey indicated. This was in conjunction with an even greater $1,500 increase in the median sign-on bonus offered by 53% of LTL carriers.

American Trucking Associations is the largest national trade association for the trucking industry. Through a federation of 50 affiliated state trucking associations and industry-related conferences and councils, ATA is the voice of the industry America depends on most to move our nation’s freight.