‘Tis the season for online shopping and packages a-plenty. Taking advantage of flash sales and the season of giving, shoppers spent $50 billion on online purchases in November of 2019, on track for over $143 billion during the holiday season.

Shopping online may seem easier than braving the masses and picking up your purchases, but you may have to contend with package thieves. So to understand who’s at risk, what are often stolen, and what happens after a package is reported missing, Cove surveyed over 990 shoppers.

The average person had around 76 packages delivered yearly, two of which were stolen. Even though people living in single-family homes made more online purchases, shoppers living in apartments reported having more packages stolen during the year.

Regardless of where you live, you can expect thieves to start eyeing your deliveries around December. In fact, more than 1 in 3 people who experienced package theft reported having their purchases stolen in December.

For nearly half of shoppers, the most stolen items included clothing and accessories. Another 1 in 3 shoppers also reported having their electronics go missing, followed by home goods (27.4%) and appliances (7%). On average, packages swiped off front porches or from apartment mailrooms were valued at $101.22. Unfortunately, almost 1 in 3 shoppers said they had personally identifiable information stolen along with the items they bought.

It’s also possible that not all mail carriers are equal, and roughly 2 in 3 shoppers wished they had the power to pick the carrier delivering their packages. UPS and FedEx were the most trusted mail carriers among shoppers polled.

So what can you do to help protect your packages this holiday season? More than 1 in 4 shoppers had home security features installed after having a package stolen, including security cameras and video doorbells. Other popular responses included opting to sign for packages, adding tracking alerts, and having packages delivered at work instead. 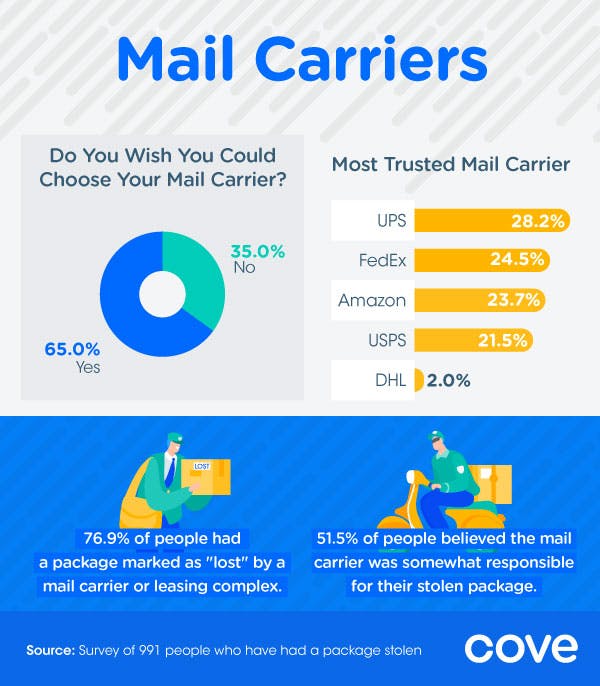 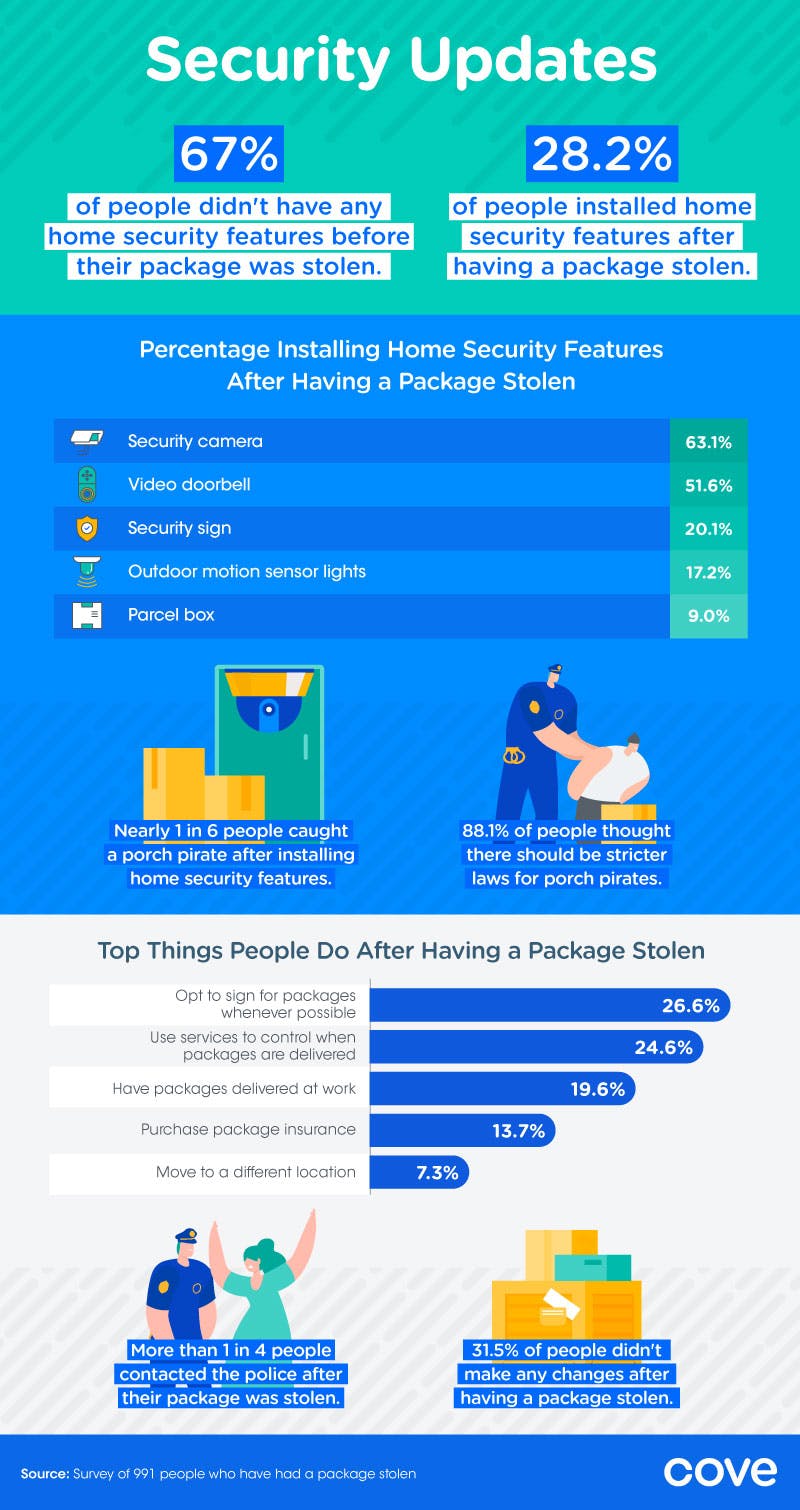