ValueWalk
Home Info-Graphs The Most Complained About Brand Ads Revealed 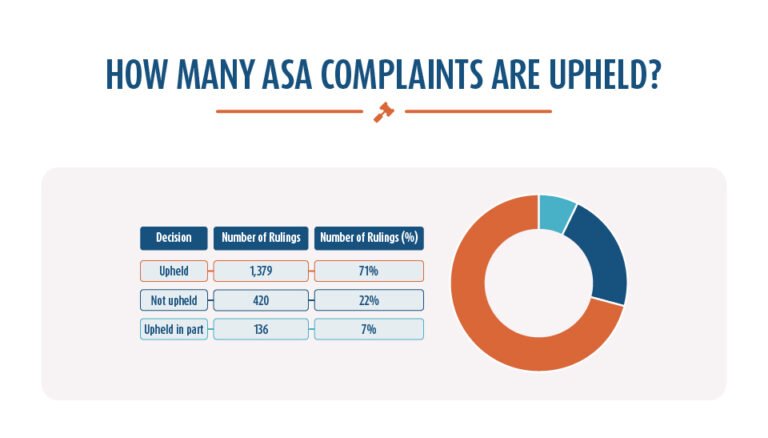 The most complained about brand ads revealed, as Ryanair investigated for recent “Jab and Go” ad

It’s hard for brands to please everyone with their style of advertising, especially as they evolve and push boundaries! But some clearly don't know how to read the room… 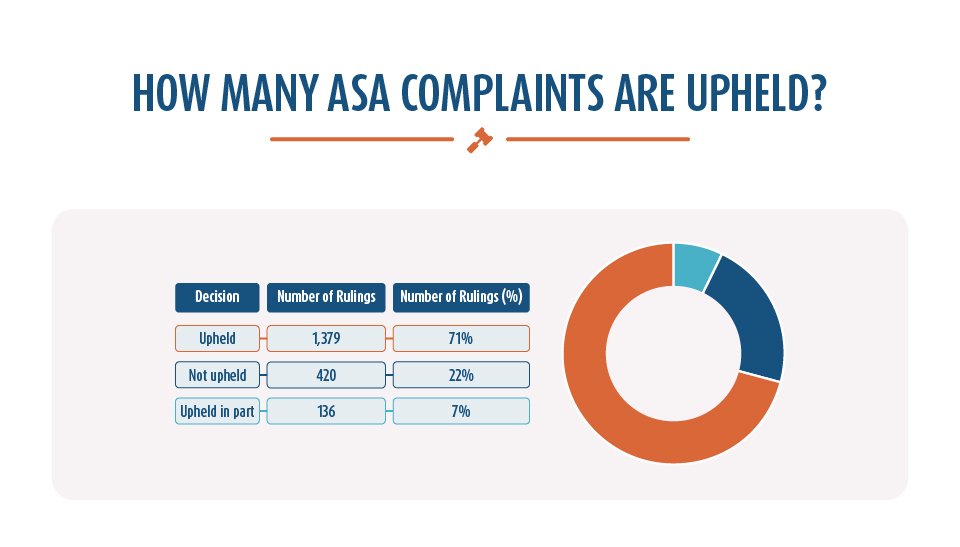 Ryanair has recently caused a stir, but what about other brands?

New research from social media marketing agency, Pilot Fish Media, looks into Advertising Standards Agency Data to reveal the UK brands which have been in trouble the most for breaching advertising standards.

The brand which drew the most complaints across the last five years was Roofoods (better known as Deliveroo), with 323 complaints across three different rulings. The most notable ad which people weren’t happy about was their ‘magic bag’ TV advert. The ad saw a woman collecting a Mary Poppins-style bag containing meals from numerous different restaurants, which, as anyone who has ordered from Deliveroo before will know, isn’t actually possible on the app.

Amazon Europe followed in second place, with 299 complaints across eight different rulings. The majority of complaints related to the one-day delivery service, part of Amazon Prime Membership. Customers complained that their packages didn’t arrive within the promised time, and that many items are not available for next day delivery.

Ryanair ranked at No.5 with 183 complaints made by consumers. This is expected to increase following the controversy caused by their recent “jab and go” advert. The ASA have launched an investigation to see whether the budget airline broke advertising rules.

The Top 5 Most Commonly Complained About Topics

The most complained about topic was ‘food, drink and supplements’, with a total of 757 complaints. This included the misleading Deliveroo advert mentioned above, as well as ads from KFC and Philadelphia.

The research also analyses a total of 1,935 complaints made to the ASA over the last five years or so – of which, the vast majority were upheld to some degree.

The Most Commonly Complained About Topics 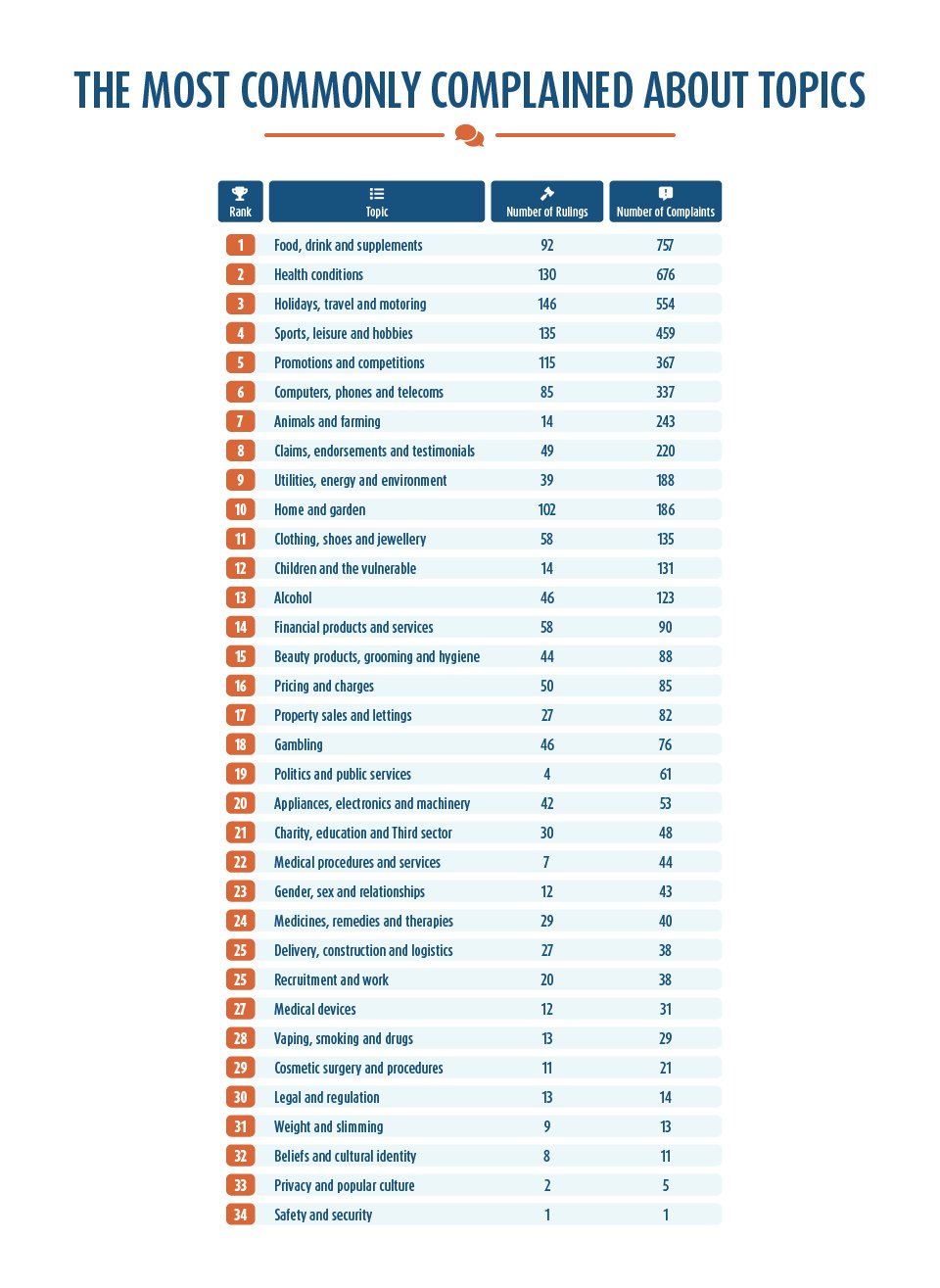 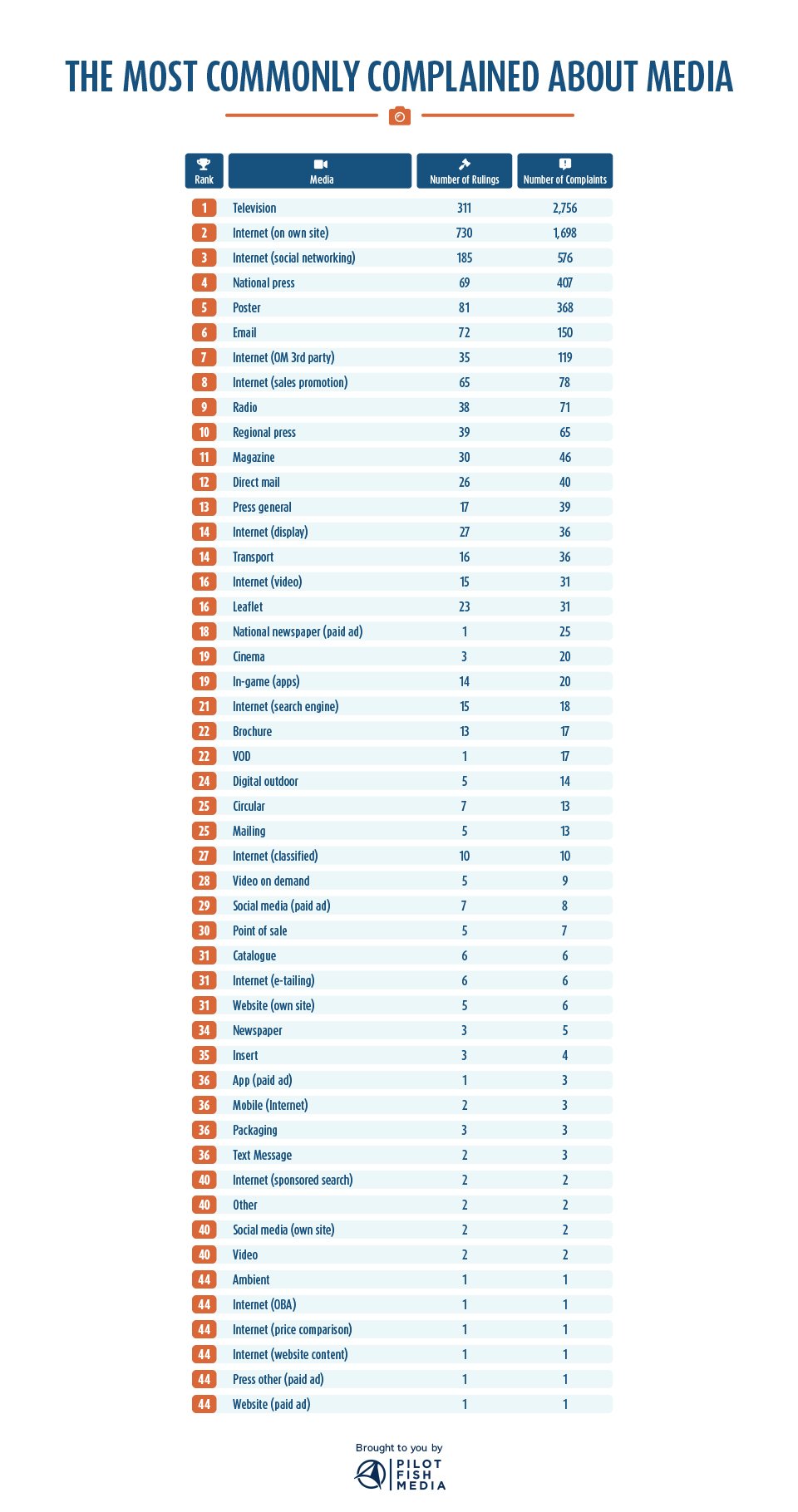 The Most Commonly Complained Companies 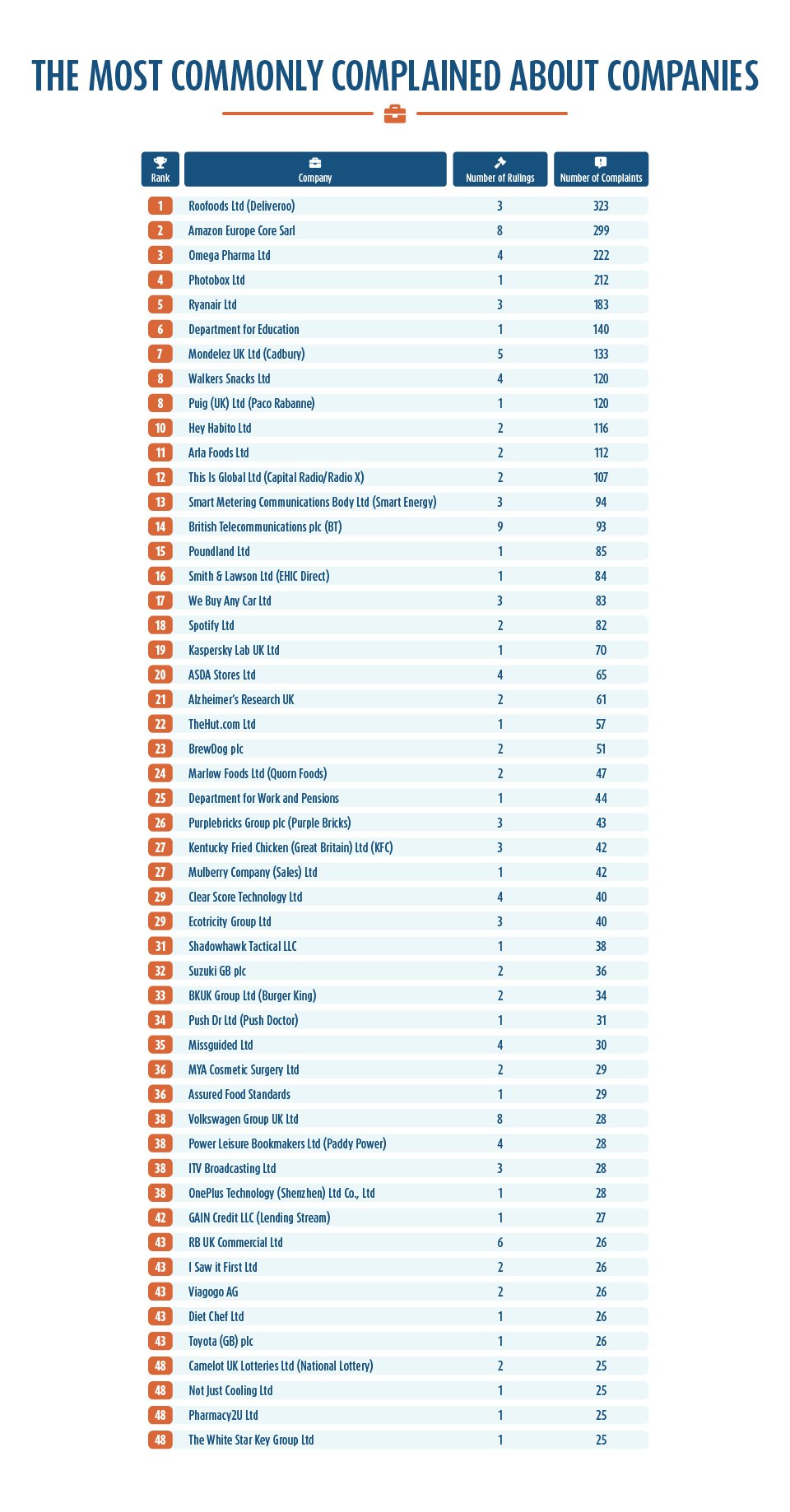