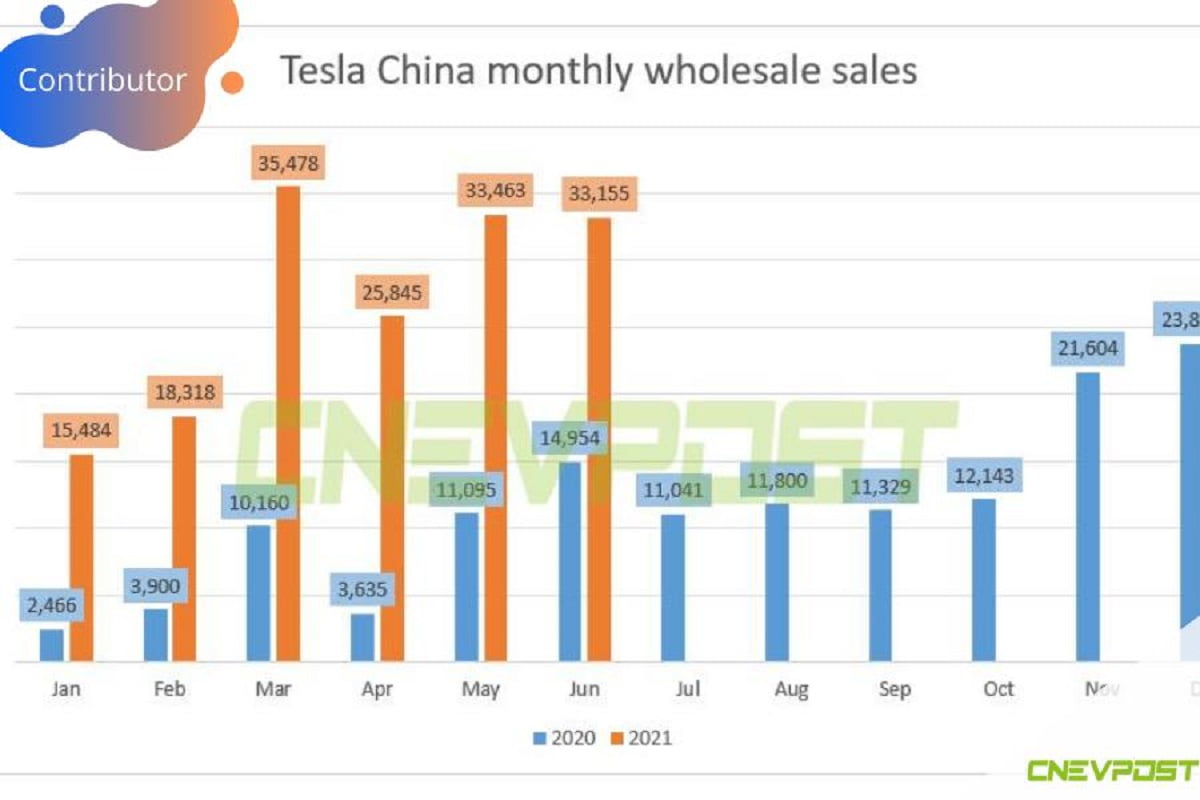 Tesla China's wholesale sales in June reached 33,155 units, up 122 percent year-over-year and down about 1 percent from May, according to data released Thursday by the China Passenger Car Association (CPCA).

The CPCA first announced Tesla China's retail sales in May, when the figure stood at 21,936 units.

In June, wholesale sales of new energy passenger vehicles in China reached 227,000 units, up 14.7 percent from May and 165.7 percent year-over-year, the CPCA's data showed.

Retail penetration of new energy vehicles in China reached 14 percent in June, compared with 10.2 percent in January-June, a significant increase from the 2020 penetration rate of 5.8 percent, the CPCA said.

In June, the penetration rate of new energy vehicles among local Chinese brands was 28.4 percent and 14.2 percent among luxury vehicles, compared with 2.2 percent among mainstream joint venture brands, the CPCA said.

This article was first published by Dorothy Zheng on CnEVPost, a website focusing on new energy vehicle news from China.