The ink is barely dry on the initial sales figures for the iPhone 6, and already the Internet is awash with rumors related to its successor. There is no doubt that we will see an iPhone 7 at some point during 2015, and already speculation is rife regarding what we can expect from Apple’s next flagship smartphone.

The latest information on this handset suggests that Apple will have significantly redesigned the iPhone when the iPhone 7 is unveiled. Early reports have suggested that Apple will be looking to eliminate the unsightly bulge caused by the cameras included in the iPhone 6 and iPhone 6S. Rumors indicate that the iPhone 7 will feature the most aesthetically pleasing camera setup since the iPhone 5S back in 2013.

Central to this process will be the development of a slimmer module, which will ensure that the iPhone 7 is a more stable device physically. There are conflicting reports on whether this innovation will spell the end for the dual-camera setup that has been linked with the iPhone 7, but the number of iPhone 7 models that Apple has in the pipeline could solve this difficulty.

In addition, Apple is also expected to remove the antenna bands that were something of an eyesore in both the iPhone 6 and iPhone 6S. It is not clear how Apple intends to achieve this, but it is speculated that the smart aluminum technology that the company has been working on internally could be utilized in some capacity.

With this in mind, it is generally considered that Apple will retain the primarily aluminum look and feel that was introduced back with the iPhone 6 in 2014.

With speculation mounting regarding what Apple will include in the next generation iPhone 7, an image has already emerged from China which reportedly gives an interesting impression of how the upcoming smartphone will look. This first possible photograph of the iPhone 7 is actually of the phablet-sized iPhone 7 Plus, and it has emerged on the Chinese website Bastille Post.

The most notable alteration in the visage of this particular version of the iPhone 7 is the inclusion of the dual-lens camera that has been strongly linked with the smartphone in recent weeks. Indeed, it has been suggested that Apple will release three versions of the iPhone 7 in order to accommodate this new dual-camera setup, with the larger iPhone 7 Plus being accompanied by an iPhone Pro as well.

Some analysts have rejected this suggestion, but it seems that Apple is indeed planning to release at least one dual-lens unit. The images from China depict a pill-shaped enclosure which differs from some of the other online renderings that have appeared previously. Some other iPhone 7 images have suggested that the next generation smartphone will feature two separate circular camera openings.

The render also suggests that the new camera unit will be accompanied by a microphone and LED flash, as has been seen in previous iPhone releases. And antenna bands have been repositioned along the top and bottom edges of the smartphone as has been widely reported. There also appears to be space at the bottom of the iPhone 7 for a Smart Connector; a new interface introduced with the recent iPad Pro tablet that enables the transmission of both data and power simultaneously.

Another major suggestion for the iPhone 7 is that Apple could update the screen in the device by utilizing OLED technology. This offers power saving advantages over the existing LCD displays that Apple has used in the past. Apple is reportedly already in negotiations with Samsung and LG regarding this technology, but the opinion of the most prominent Apple analysts is that it will be delayed until 2017.

However, it is expected that another widely reported aspect of the iPhone 7 will indeed come to fruition. Leaks from close to the Apple supply chain have suggested that the next generation smartphone will not feature the customary headphone jack, and now leaked case photos have confirmed this impression. Apple is instead expected to rely on wireless technology for the iPhone 7 when it is released, as Apple looks to make more of its Beats acquisition in 2016.

An interesting debate regarding the iPhone 7 is whether or not Apple will produce three versions of the smartphone. It has been widely reported over the last few weeks that Apple is considering an iPhone Pro variant, which will essentially be a souped up version of the iPhone 7 Plus phablet. Indeed, the most famous Apple follower in the world, KGI Securities analyst Ming-Chi Kuo, is predicting precisely this, and it will be an intriguing departure from previous Apple policy if indeed three separate iPhone units are released later this year.

Another major design aspect of the iPhone 7 is that the unsightly camera bump that was criticized in the last generation of the smartphone will be eliminated completely. This protrusion did not sit comfortably with the sleek visage of the Apple handset, and designers will ensure that this is not repeated with the iPhone 7.

3D Touch was undoubtedly the standout feature of last year’s iPhone 6s, and reports have suggested that Apple is working on improving this pressure-sensitive technology for the iPhone 7. Pressing down hard on the iPhone 7 unit will bring up additional options compared to last year’s iPhone 6s, and further improvements will also be made regarding the sensitivity of the system.

At present, it is only possible for 3D Touch to detect additional pressure from a singular finger, but innovations will enable the system to detect pressure and the number of fingers that users are utilizing when the iPhone 7 is released. Different context-sensitive information can be provided depending on the number of fingers being used, and this technology could potentially make the iPhone even easier, quicker and more convenient to use than last year’s impressive iteration.

The have been rumors abound that Apple will consider utilizing Intel as a chip manufacturer in the iPhone 7, which would be a major blow to Samsung. However, it is debatable whether Apple will have time to fully implement this aim in the relatively short timeframe that remains until the iPhone 7 is released.

Apple is expected to improve the screen resolution in the iPhone 7, which could mean a full HD smartphone and a quad HD phablet. Additionally, a larger battery is predicted, owing to the criticism that the corporation has received regarding battery life. New A10 and M10 processors and chipsets will be included, while Apple is also expected to double the RAM memory and maximum storage capacity from the iPhone 6s. Finally, the iPhone 7 has been linked with some outstanding camera technology, and could benefit from a DSLR snapper or a dual-lens cell.

It is extremely debatable whether Apple is in a viable position to increase the price of the iPhone once again when the iPhone 7 is released, particularly as the consumer electronics behemoth raised the price point of the iPhone 6s last year. Apple has already conceded that it expects to sell less iPhone units in 2016 than the previous calendar year, and this will be the first time this has occurred since the iPhone was first launched back in 2007.

Considering the diversification of the smartphone marketplace, and the threats that Apple is facing from affordable alternatives, coupled with the fact that there has been something of a stagnation owing to the diminishing returns that smartphones can actually deliver, an increase in the price of the iPhone 7 would seem to make little commercial sense for Apple. Thus, we can expect the iPhone 7 to be frozen in price from the previous generation.

The price point for the iPhone Pro, or even whether it will be released in 2016, is certainly not known yet, but it is reasonable to assume that this device will be more expensive than the iPhone 7 Plus. We can probably expect a $200 disparity between the affordable iPhone 7 variant and this iPhone Pro handset should it indeed emerge in this calendar year.

There is no reason at the time of writing to suppose that Apple will significantly diverge from the release schedule for the iPhone 6s. However, it has been suggested in some quarters that the ongoing difficulties that the corporation is experiencing with the highly publicized FBI court case could lead to Apple delaying its handset. This is certainly something that the consumer electronics giant would prefer to avoid, but it could be that legal ramifications from the case are problematical for Apple, not to mention the rest of the smartphone manufacturing industry. 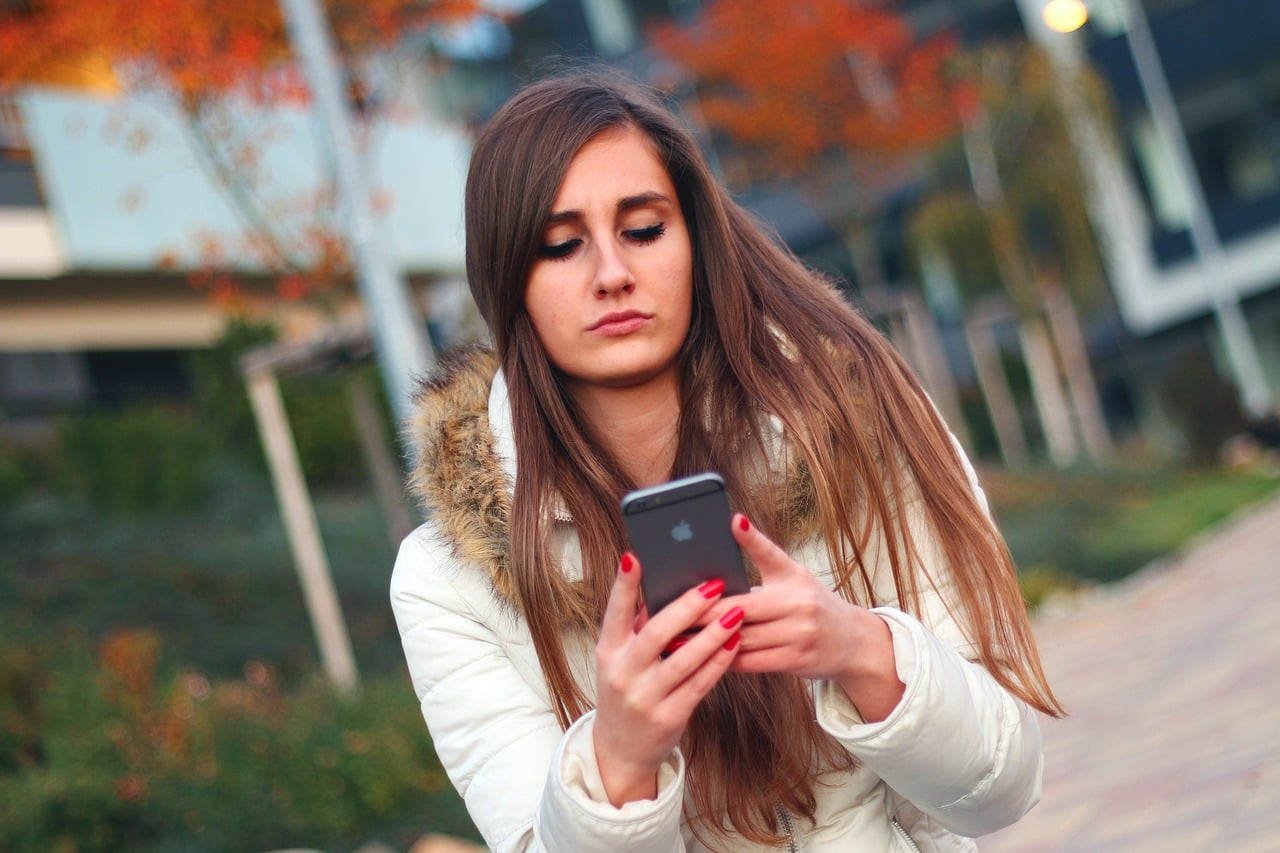 We May Say Goodbye To The iPhone Jailbreak

New $35 iPhone 7 Dongle Lets You Charge While Listening To...

iPhone 8 vs iPhone 7: Check Out The Difference

Sell Your iPhone 7 To Nearby Stores With This New Local...

What The Heck? iPhone 8 Battery Is Smaller Than iPhone 7

Apple iPhone 8 vs iPhone 7: Here’s Everything That Has Changed