ValueWalk
Home Economics San Francisco is Not the Queen of Startup Land, this Map Shows... 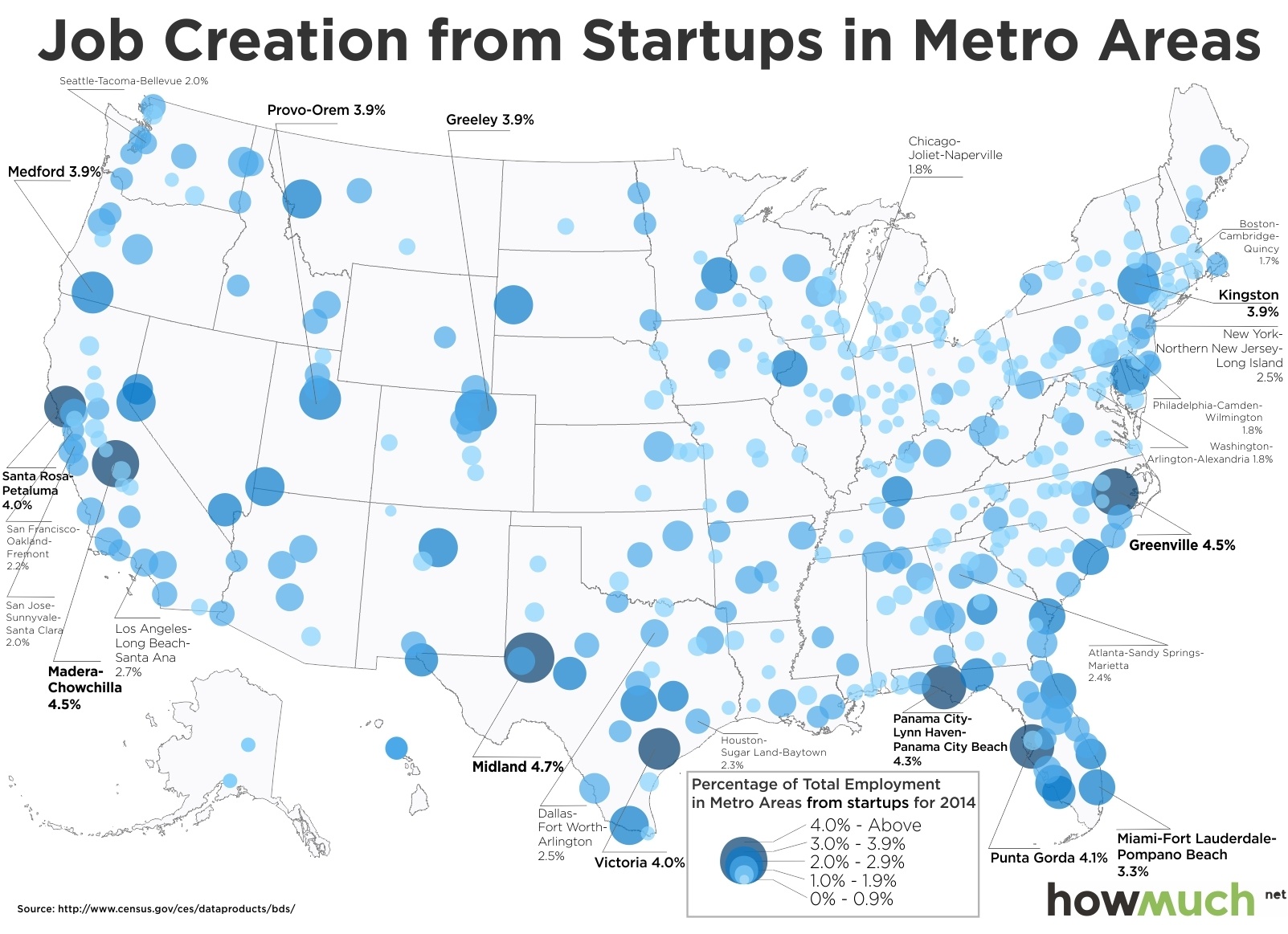 The map shows that the areas with the highest percentages of job creation from startups are generally located the along the East Coast, Texas and the West Coast. Only Provo-Orem and Greeley were located outside of those geographical regions.

The Census Bureau defines startups as businesses that began operating in a particular year. There is no prior business activity associated with the startups. The Business Dynamic Statistics produced by the Census Bureau provide valuable information on business in the U.S. across a broad range of statistical categories. Although San Francisco is often associated with tech startups, that definition may include more established businesses that do not qualify as startups according to the fairly strict definition of the Census Bureau.

The Census Bureau data further shows that 2.5 million jobs were created by startups in 2014. This represents around 2.1% of total private nonfarm jobs. While this is a strong number, it is below the 3% private nonfarm jobs that the country saw in 2006 when there were 3.5 million jobs from startups. Job creation from startups was hurt significantly by the Great Recession. Still, these stats have bounced back from then.

San Francisco is Not the Queen of Startup Land, this Map Shows Why via Howmuch.net