Stock markets have been choppy in the last few months with growth concerns over several stocks including the hyped FAANG group. Comparatively, the REIT (real estate investment trust) space is having a far smoother run after encouraging third-quarter results.

REITs continued to post impressive gains, with the funds from operations for all listed companies rising 11.1% year-over-year according to the Nariet Tracker.

Funds from operations (FFO) is probably the most important metric for REITs that defines cash flow from operations. It is a measure of cash generated by a REIT.

The operating performance of REITs is unlikely to slow down any time soon which means there is still room for more earnings expansion.

We can see below that the occupancy rates for REITs reached a record high of 94.3%. Rising occupancy rates is a key driver for rent growth which will mean the funds from operations will continue to rise.

There are some top-quality properties located in prime areas where demand outpaces supply. This put to rest the assumption that new constructions will lead to a glut of REIT properties resulting in a market downturn. 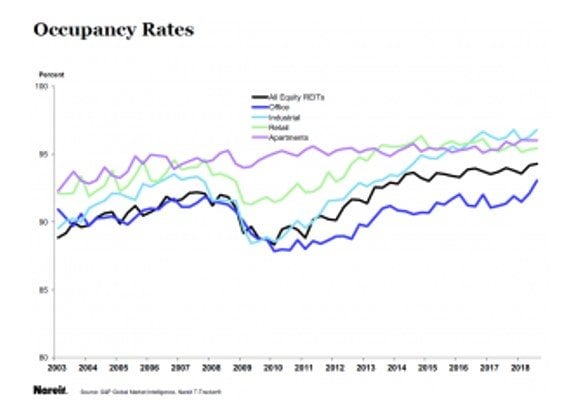 The stock markets have been sensitive to rising interest rate environments. However, REITs are well prepared to tackle this issue. The leverage ratios have been at its lowest across the last two decades, indicating sufficient surplus reserves and funds for debt repayment. 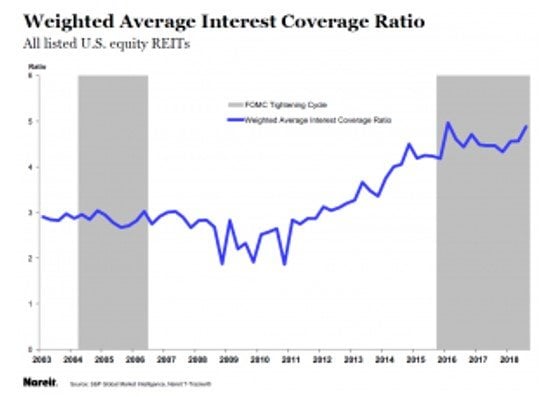