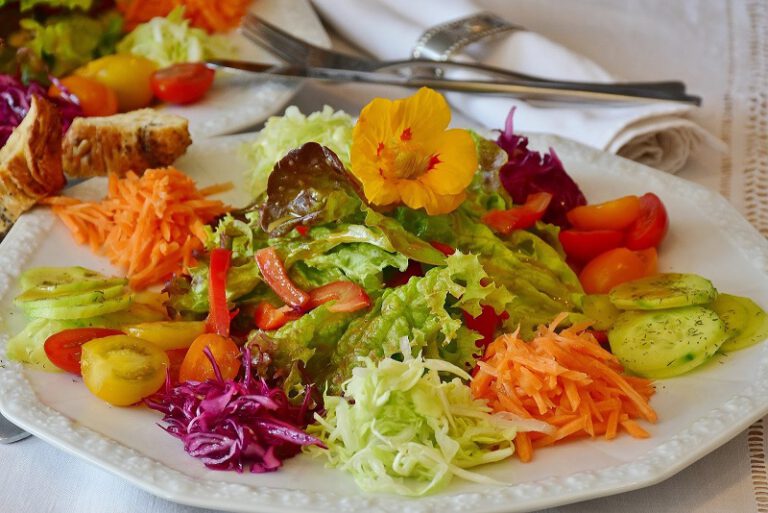 The market for vegan food is constantly on the rise since the rising awareness for the health benefits of these products such as the reduced risk of heart diseases, cancer, and other diseases. Another reason more and more people are going Vegan is the improved sensitization towards animal cruelty and its consequences on the environment. The global vegan food market reached a value of about USD 15.4 billion in 2020. The market is further expected to grow at a CAGR of 9% in the forecast period of 2021-2026 to reach a value of approximately USD 26.1 billion by 2026. Various trends can be predicted for the year 2021.

Various renowned food chains including Pizza Hut, California Pizza, and Dairy Queen etc. recorded a considerable success in 2020 after adding vegan options to their menu.Therefore, it will not be wrong to say that the 2021 vegan fast food scene is going to be off the charts. McDonald’s has already started with its McPlant line of products after one of its chain-stores, McDonald’s Canada launched the Beyond Meat PLT—a meat-free burger featuring a proprietary patty made by California-based brand Beyond Meat—in 52 Ontario locations and got a tremendous response. Other than that, major food corporations that manufacture packed food items like cakes, Doritos, noodles etc. are also starting to introduce complete cruelty-free vegan food.

Vegan Fish and Pork may shine

Vegan sausage and chicken were the internet sensation in the year 2020 but will they be relegated to a secondary position with Vegan pork and fish taking the lead? Well, it looks like it with Beyond Meat announcing its new meatless minced “pork” in the Chinese food market. On the other hand, almost around the same time, U.K. got its first vegan poke bowl restaurant. Another example is that of Hong Kong’s Omni pork- plant-based pork made from soy, peas, and shiitake mushrooms that is available in strips, dumplings, steamed buns, and ground pork. In the US, Prime Roots launched vegan bacon made from Koji. Good Catch Foods, a company in North America which makes plant-based tuna, fish cakes, and crab cakes, expanded its retail presence in 2020. It also announced a joint distribution venture with Bumble Bee Foods, one of the largest seafood companies. The list is long and so is our hope to seeing these exciting food trends regarding fish and pork expanding in the world food market.

2020 was a banner year for fermentation as an enabling technology for alternative proteins. This technology is capable of creating the primary proteins found in dairy products such as vegan whey and casein. According to GFI, the fermented protein industry includes fungi, koji, bacteria, mycelium, and microalgae. One of the first companies to embrace this technology was a California-based start-up Perfect Day that uses a fungus that is good at growing animal proteins. Other examples are that of Clara Foods, a food technology start-up founded out of IndieBio that makes egg white protein using fermentation and Chicago-based Nature’s Fynd that makes ‘Fy’, a fermented protein made from a fungus found in an acidic Yellowstone hot spring. There are going to be more products joining the queue in 2021.

With the Covid-19 terror still in the air and a considerable number of people working from home, home convenience meals are gaining more popularity than ever. The trend of these convenience meals is expected to keep on beyond the pandemic as it is both suitable for the consumers as well as sellers. Stores are expected to offer an increased variety of plant-based convenience meals and vegan bowls in the up-coming year due to an increased demand for them. Also, there are going to be options for chef-prepared frozen meals that you can customise as per your choice.

A Switch-over to Adaptogenic Drinks

Adaptogens are substances derived from plants that help the body to fight stress. These low-calorie drinks contain ingredients that have a soothing effect, which supports calm and sleep. With rising cases of chronic stress and sleeplessness, adaptogenic drinks evolved as a healthy substitute to strong alcoholic drinks that were earlier used as a coping mechanism for anxiety and stress. The innovation in these drinks is likely to only expand in 2021 as more and more people are switching to it.

Vegan Chocolates in the Market

The Vegan chocolate trend driven by consumer demands for health, sustainability, and indulgence is poised to grow even further in the year 2021. There is no doubt that milk chocolates are the back-bone of confections, but with more and more people joining the vegan community, manufacturers are now switching to plant-based milk e.g. oat milk. The sugars and carbs in the oats create a creamy mouthfeel that makes it a perfect alternative for milk chocolate. Barrey Callebaut, one of the world’s leading chocolate manufacturing companies, is even starting its own vegan line for confectioners that will be fully functional in 2021.

Hence, we can conclude that the simplest thing to predict about the vegan trend in 2021 is that going vegan would be more easier than ever. With meat substitutes growing enough in popularity to lure a butcher and animal cruelty becoming a major concern, the vegan consumer market is likely to witness sweeping shifts in its approach and procedure. The year 2020 saw a huge spike in interest in vegan foods as a means to lessen the ill-effect of animal slaughtering and 2021 will undoubtedly see a steeper upward trend.