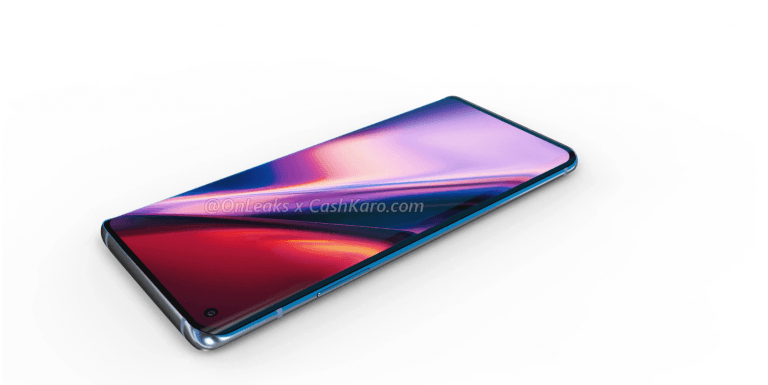 The coronavirus epidemic has derailed the Mobile World Congress (MWC). It is also expected to disrupt the smartphone supply chain. However, a plethora of leaks and rumors suggest that Chinese smartphone giant OnePlus is on track to release the much-awaited OnePlus 8 and 8 Pro in a couple of months. Let’s check out all the details.

OnePlus has traditionally released new flagship phones in May or June. Earlier, the first leaks about unannounced OnePlus phones would surface around January-March, just a few months before the official unveiling. But the OnePlus 8 leaks have been hitting the Web since September 2019, suggesting that the company could change its release schedule. According to recent reports, the phone could hit the store shelves in March or April.

TechRadar has learned from reliable sources in India that OnePlus is planning to launch the OnePlus 8 series in the second week of April. The Chinese company traditionally holds the India and global launch events on the same day. There is no reason to believe that this year would be an exception. The devices should go on sale soon after the unveiling.

OnePlus has not officially confirmed the launch event yet. The company will likely unveil the device via online events due to the coronavirus outbreak. Most of the Chinese electronics companies are not working at their peak. Coronavirus has disrupted the supply chain. We wouldn’t be surprised if the OnePlus 8 series faces supply shortages at launch.

Both the OnePlus 8 and OnePlus 8 Pro have been spotted on Amazon India’s Affiliate page. It has sparked speculations that OnePlus could launch its phones much earlier.

So the OnePlus 8 and the OnePlus 8 Pro are coming up.
Thankfully enough, I'm an amazon affiliate 😉.#oneplus #oneplus8 #OnePlus8pro pic.twitter.com/jGx56GJq0F

OnePlus used a small teardrop notch for the forward facing camera in the OnePlus 7 and 7T. The 7 Pro and 7T Pro featured a motorized “pop-up” selfie camera. There are speculations that the company is removing the pop-up camera to add another feature, likely wireless charging.

Both the OnePlus 8 and 8 Pro are rumored to sport a similar design with a hole-punch display to accommodate the selfie camera. The hole-punch would be in the top-right corner of the screen. On the back panel, the phones would have a vertical camera setup like OnePlus 7T Pro.

The rear panel would be made out of glass to support wireless charging. OnePlus recently joined the Wireless Power Consortium.

Leaked schematics of the device suggest that the company could go with the “punch out” forward facing camera for both the regular and Pro handsets. The Pro version could have a double-lens.

The OnePlus 8 Pro is rumored to feature a 6.5-inch curved AMOLED display with a blazing-fast 120Hz refresh rate, according to Twitter tipster Max J. The design of the speaker has also reportedly been switched around and will supposedly feature a smoother edge along the bottom speaker. RootMyGalaxy has also said that the Pro model will have a 6.5-inch AMOLED display with Quad HD+ resolution.

The mid-range “OnePlus 8 Lite” could feature a flat display with a centered punch-hole cutout. The other two models would have a curved display with minimal bezels.

As a little Eye Candy, my #OnePlus8Lite leak updated accordingly, in order to match today's prototype…
You're welcome…😋 pic.twitter.com/xupctBte7X

The OnePlus 8 series won’t get a circular camera module like the OnePlus 7T. The smartphones are expected to feature a triple or quad-camera setup on the back.

Twitter tipster OnLeaks has offered a design leak for the OnePlus 8 Pro, and 91Mobiles exclusively published renderings of the handset. The Pro model is expected to have a triple-lens camera with the lenses aligned vertically next to a 3D Time of Flight sensor, according to OnLeaks.

Earlier reports have suggested that the Pro variant would sport a quad-camera setup on the back. It would consist of a 64MP or 108MP primary lens, an ultra-wide angle lens, a telephoto lens with up to 3x optical zoom, and a 3D Time-of-Flight (ToF) sensor. The Chinese company may continue with a triple camera setup on the regular OnePlus 8.

According to the rumor mill, the OnePlus 8 and 8 Pro would run Qualcomm’s latest Snapdragon 865 processor with up to 12GB RAM. Both models would run Android 10 out of the box. It’s not yet known whether the devices would get 5G connectivity as a standard or OnePlus would bring separate 5G variants.

OnePlus 8 has been spotted on benchmarking site Geekbench with the code-name “GALILEI IN2025.” The code-name is believed to be for the standard OnePlus 8. According to the benchmark listing, it runs Android 10 software and packs 8GB RAM. The device runs “kona” processor, which could be Qualcomm’s latest Snapdragon 865.

The Geekbench listing suggests it has a single-core score of 4,276 and multi-core score of 12,541. The benchmark scores of consumer version might differ. The device spotted on Geekbench could just be a prototype.

A few weeks ago, another device with code-name “GALILEI IN2023” also appeared on Geekbench. It was claimed to be OnePlus 8 Pro. It featured 12GB RAM with “kona” processor and Android 10 software. The Pro model is expected to pack up to 256GB UFS 3.0 storage.

A report from RootMyGalaxy claims that the OnePlus 8 Pro will get a gigantic 4,500mAh battery with 50W wired fast-charging and support for wireless charging.

There is little clarity regarding when the OnePlus 8 Lite would go on sale. Whenever it comes out, the rumor mill speculates it to feature watered-down specs. Unlike its more expensive siblings, it would run a MediaTek Dimensity 1000 processor paired with 8GB RAM. The Lite version would offer 128GB or 256GB of internal storage.

The OnePlus 8 Lite is said to pack a huge 4,000mAh battery with 30W fast charging. It will reportedly get a triple camera setup on the back, consisting of a 48MP primary lens, a 12MP sensor, and a 16MP lens. The Lite model will likely be priced under $450.