Negative interest rates are all the rage at central banks, a symptom of the deflation that is slowing spreading worldwide. The Bank of Japan, European Central Bank, and Swiss National Bank already peg rates below zero. Even if the Federal Reserve doesn’t formally join them, US rates are solidly negative in real terms.

Explicit or not, negative rates have odd and counterintuitive consequences. Imagine the entire banking system trying to stand on its head, and that’s kind of how a deflationary, NIRP-driven world will look. Here are three early signs.

Today almost everyone, even economists, is used to living in an inflationary world. We assume most goods and services will get gradually more expensive. We don’t even notice because it is so normal. We notice the exceptions, like technology and energy-but their falling prices are notable precisely because they’re so unusual.

A deflationary world won’t look like this. Prices will fall instead of rise. Since everything you own will be constantly losing value, you will want to own as little stuff as possible, for as briefly as possible. We see some of this already in the “sharing” economy. Companies like Uber and AirBnB help car and home owners shed some of their excess ownership.

Rising prices will move from being normal to unusual. This is already happening in Japan. This month an ice cream company called Akagi Nyugyo had to raise its prices for the first time in 25 years. The company so feared losing customers that it aired a TV commercialwith executives bowing in contrition. 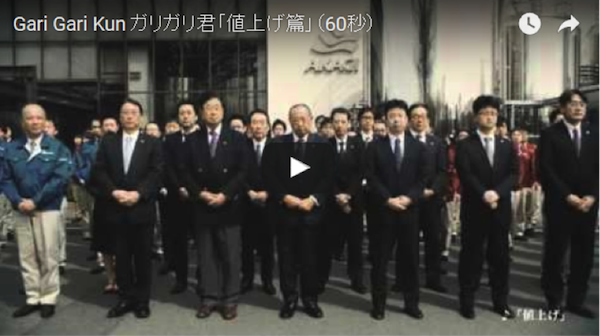 The Bank Pays You to Borrow

In normal times, you borrow cash from a bank and repay it slowly over time. When interest rates go below zero, the bank might have to pay you. It’s happening right now in Denmark, where banks are paying interest to thousands of borrowers, instead of the other way around.

The pressure is spreading, too. Homeowners in Spain and Portugal with variable-rate mortgages are demanding their banks pay them. Their loans are tied to a benchmark rate called Euribor, which is now below zero. The laws and contracts didn’t imagine any such scenario-but the math says banks should be paying borrowers.

Spanish and Portuguese banks are fighting for legal protection from this. Will they succeed? Maybe not. Banks themselves routinely argue that contracts are sacred when they want to foreclose on someone. Now the shoe is on the other foot and they don’t like it at all.

Banks make money on their interest rate “spread.” That’s the difference between their cost of funds (interest paid to depositors, for instance) and the interest they collect from borrowers. The wider the spread, the greater the bank’s profitability.

This doesn’t work so well when interest rates are negative, so US banks are looking elsewhere for income. They freaked out this year when Congress changed a law that allowed them to collect tax-free, no-risk 6% dividends on their shares in the regional Federal Reserve Banks.

The American Bankers Association, considering a legal challenge, asserted in a letter to the Fed that banks have a Constitutional right to free cash from the Fed. Even Congress can’t take it away, say the bankers.
The idea seems preposterous, so we’ll see what courts think. But the fact that banks would make such a bold claim suggests they are desperate for revenue.

We’ll see more weirdness if the winds of deflation and the perversions of negative interest rates persist.

Our free newsletters will help you understand what’s happening in the world’s economy so you can make informed investment choices based on clear and valuable observations.