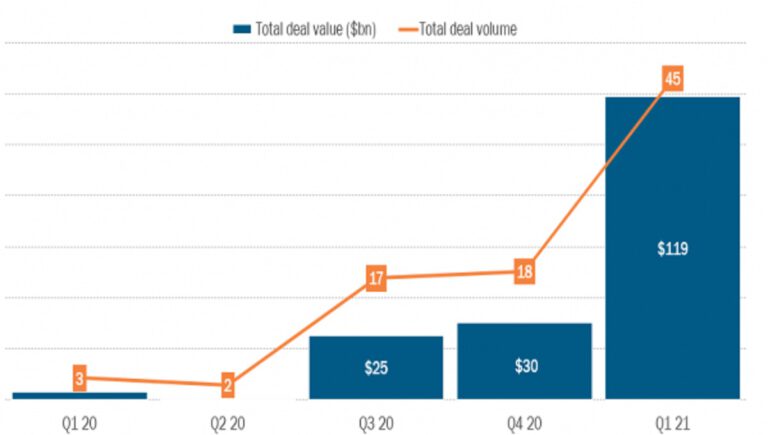 According to a newly released analysis from S&P Global Market Intelligence’s 451 Research’s M&A KnowledgeBase,we just recorded the first eleven-digit price on one of these deals in our records.

The thing about blank checks is that they leave a lot of empty space for someone to fill in numbers on them. That can turn into some pretty big figures quite quickly, as we are seeing in the current reverse merger mania. We just recorded the first eleven-digit price on one of these deals in our records.

In the latest – and largest – example of the biggest blank-check boom, private equity firm Thoma Bravo said it will acquire ironSource in a deal that values the mobile monetization startup at an astronomical $11.1bn. Based on that equity valuation, the 'SPAC-quisition' by the buyout giant is the biggest reverse merger in the tech industry so far and larger than all but one tech transaction announced in 2021, according to 451 Research's M&A KnowledgeBase.

Of course, the all-in equity value of a reverse merger doesn't exactly line up with the value of a conventional purchase. Sponsors behind the special purpose acquisition companies (SPACs), along with other associated equity investors, typically only pick up a minority stake in the company they combine with as part of the unusual structure in these deals.

In the case of Thoma Bravo's $11.1bn blockbuster, only about $2.3bn of cash is changing hands. The vast majority of the value is coming from an equity rollover. As an indication of that, ironSource will still own nearly 80% of the business once the acquisition is closed.

However the price of these blank-check deals is calculated, the net result is that the numbers right now are only headed in one direction: higher. Led by Thoma Bravo's pending purchase of ironSource, eight of the ten largest reverse mergers, by total equity value, that we have recorded in the M&A KnowledgeBase have all come just since January. 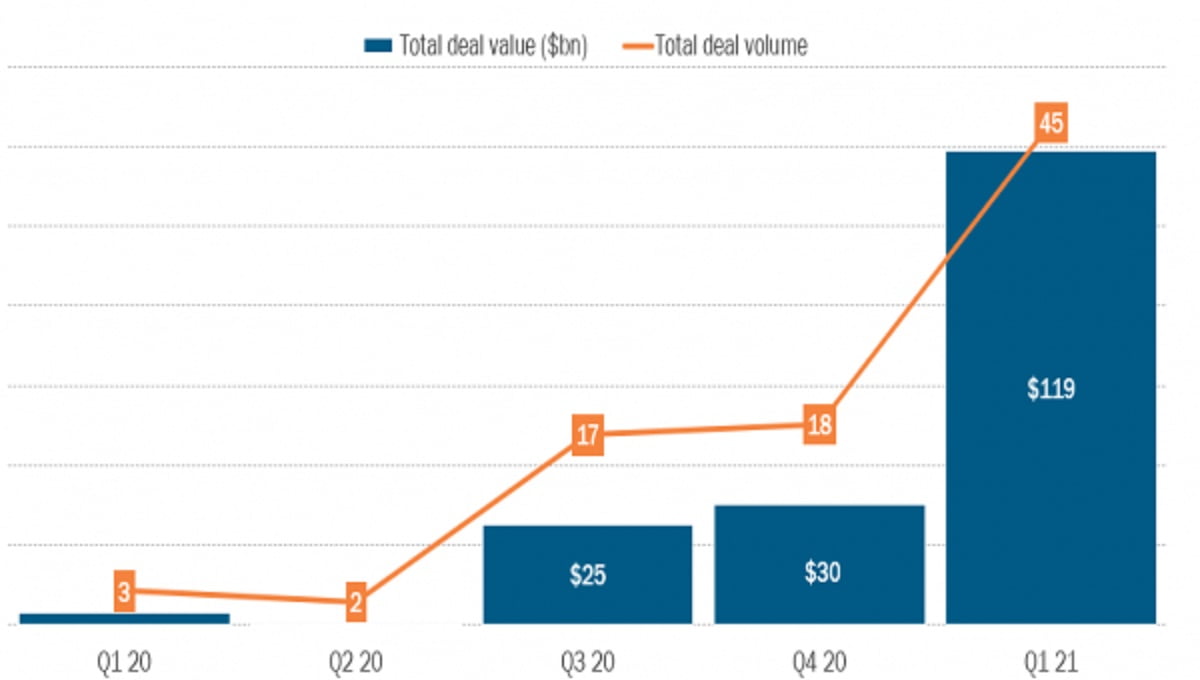