ValueWalk
Home Business Gold Began 2021 With A Bang, Only To Plunge 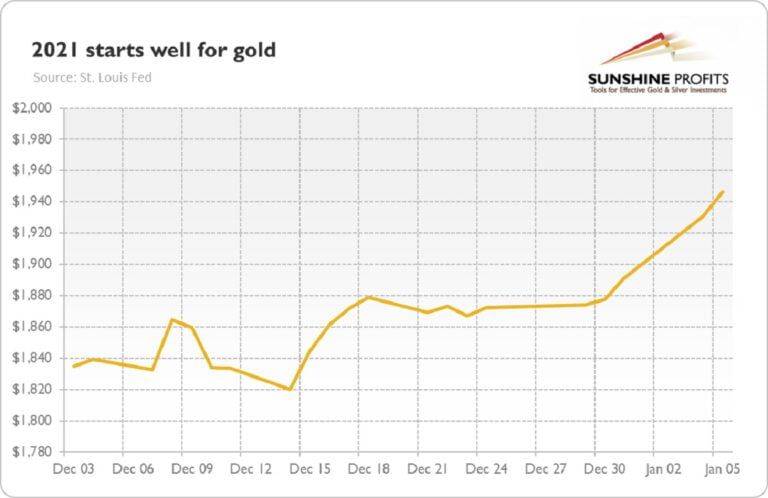 2021 started off well for gold. It’s not surprising, as January is usually positive for the yellow metal, but the Georgia runoff results may constitute an additional bullish factor in the longer term. 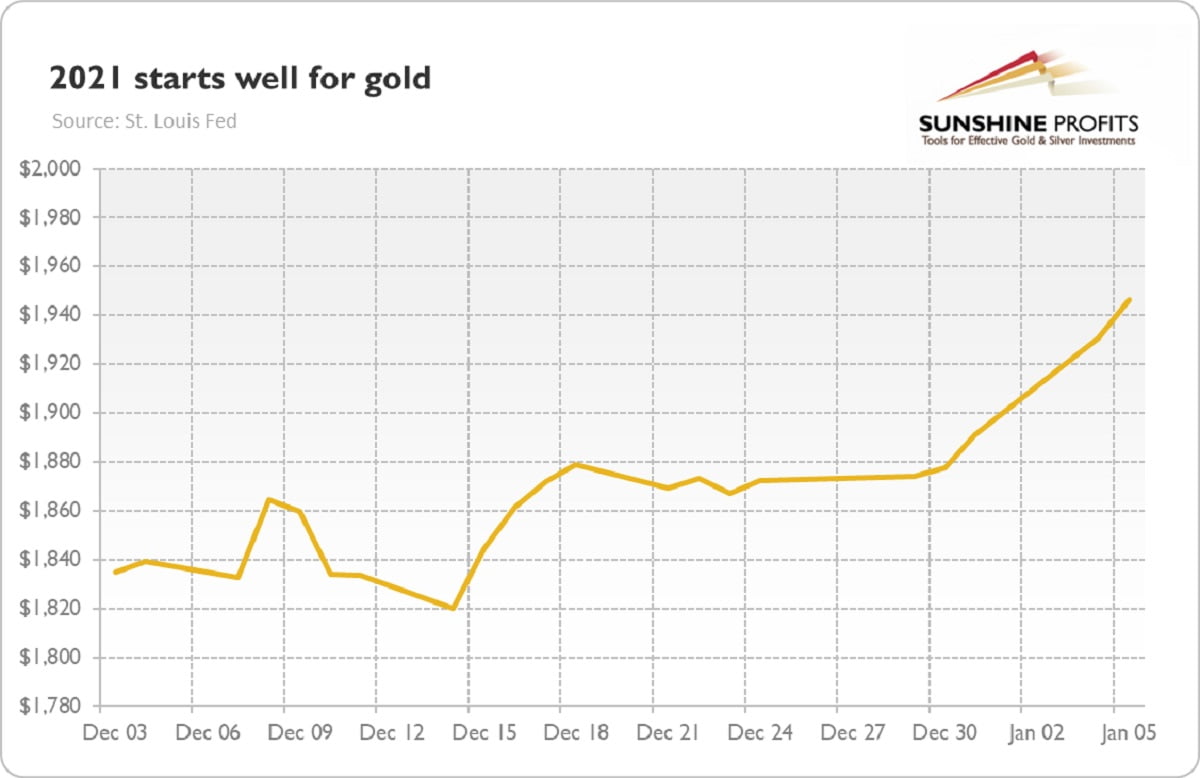 Should we be surprised? Not at all! Our readers are perfectly aware that January is historically a good month for gold, so the recent gains are perfectly understandable.

And, as a reminder, although I’m cautious in formulating my bullish outlook for gold in 2021, especially later this year, my view remains optimistic and I expect the continuation of gold’s bull market . Although there are some reasons to worry, I don’t think that gold has had its last word.

After all, gold’s fundamentals are staying positive . The Fed continues its dovish monetary policy and the real interest rates are kept deeply under zero. The fiscal policy is also loose and the public debt is rising. Meanwhile, the U.S. dollar has been weakening since March 2020, as the chart below shows. 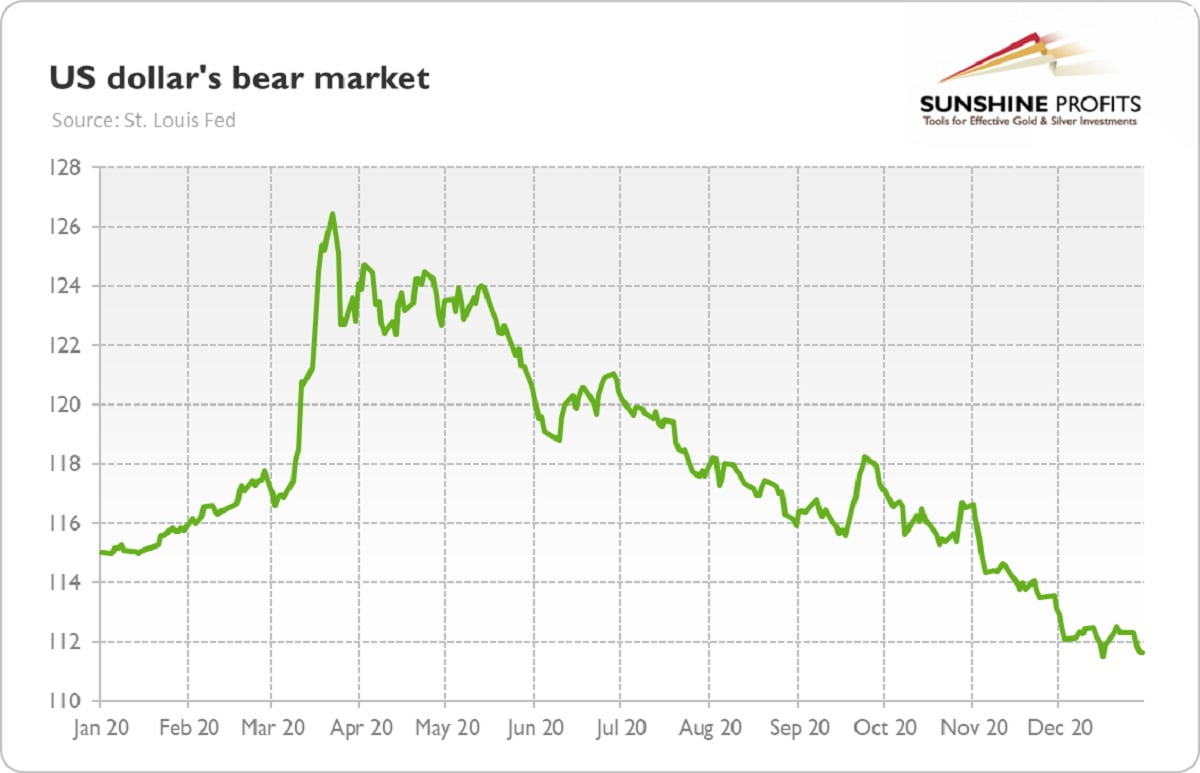 Gold’s positive fundamentals in the long term can be strengthened by Georgia runoffs. At the time of writing this article, Democrats have already won the U.S. Senate race in Georgia – as Raphael Warnock beat Republican incumbent Kelly Loeffler – and lead in the second, edging closed to control of the chamber.

You see, if Democrats win both races in Georgia, they will have 50 Senate seats, the same as Republicans. However, in case of split voting results in the Senate, the Vice President (as president of the upper chamber), is the tiebreaker. So, with Kamala Harris as Vice President, Democrats would have control over the Senate.

Along with a change in the White House and a narrow majority in the House of Representatives, we would be seeing a “blue sweep” of Congress. Such a revolution could lead to a higher fiscal stimulus, stricter corporate regulation and higher taxes. In other words, investors expect that a Democrat-controlled Senate would expand the U.S. fiscal deficits even further.

Expectations For Another Big Stimulus Package

Indeed, some analysts expect another big stimulus package of about $600 billion to accelerate the economic recovery from the coronavirus-related recession , if Democrats take over the Senate. With unified control over Washington, really big opportunities lie in front of Democrats, including $2,000 stimulus checks. The expectations of larger government spending is positive for gold prices , as higher expenditures would increase the public debt, weaken the greenback (indeed, the dollar fell on January 6), and they could also bring some inflationary effects, if the Fed decides to monetize the new debt (and why should it refuse to do what it’s done for so many years).

However, the prospects of larger government borrowing have increased bond yields , which could be negative for the yellow metal in the short-term. This is probably why the price of gold declined on January 6 (although there was also normal profit taking in the gold market). Wall Street’s main indexes opened lower that day, so equities were also hit by the increased possibility of a blue wave and prospects of stricter regulations and higher taxes. With both bond and equities hit by the vision of a Democratic-controlled Senate, gold could be the biggest beneficiary of the Georgia runoff. As a reminder, this scenario (the blue wave) for the U.S. November elections was considered to be the most positive for the gold prices – and nothing changed here for the past two months.