The table below identifies how gravity, which is a theory, makes one gallon of water appear to weigh 8.35 pounds per gallon, regardless of centrifugal force generated by multiple rotation speeds of the earth:

The above data regarding rotation speeds can be verified at the following:

The above analysis is intended to point out the contradictions within the idea that earth is spinning and the theory of gravity makes everything work.

Kert Moore, the person behind the theory adds:

Here is additional evidence regarding rotating earth speeds, flying south to north as opposed to from north to south.  Then there is the problems of a Cessna 172 that flies at 161 mph as opposed to the spin speed for various latitudes.

The children’s science textbook animation that uses NASA data, pilots do not adjust their flight path for the spinning earth.  Neil deGrasse Tyson has even commented that the spinning earth affects football games: CBSSports

If the children’s science textbook animation and Neil deGrasse Tyson are correct, then: 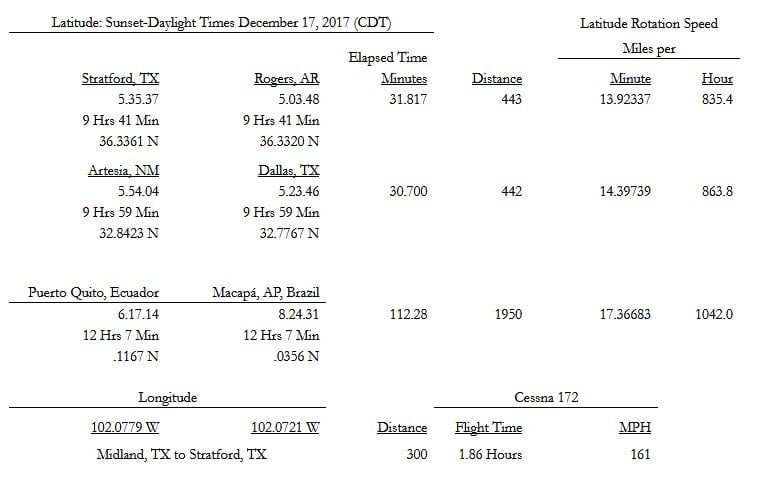