Dangerous driving habits come in several forms. Whether it’s speeding, checking cell phones, tailgating or even driving under the influence, many Americans are guilty of bad distracted driving habits on the roads.

Envista Forensics surveyed 2,000 Americans who admitted to recently driving dangerously behind the wheel to find out what justifications they had, if any, for their behavior.

For those respondents who admitted to rushing, meaning they sped, changed lanes unsafely or ignored traffic signs and lights, nearly half (48-percent) said they didn’t want to look bad, for example, they didn’t want to arrive late to work or a meeting.

Another 30-percent justified rushing on the roads because they were “generally impatient,” while 21-percent said they didn’t want to “lose an opportunity” like missing a flight. Only one-percent of respondents surveyed who admitted to rushing said they did it because they get a “thrill” from driving that way.

Law enforcement across the country is trying to crack down on distracted driving. For the purpose of Envista Forensics’ survey, “distracted” driving means the driver engaged in any distracting activity while behind the wheel whether that was texting, talking on the phone, eating and putting on make-up. 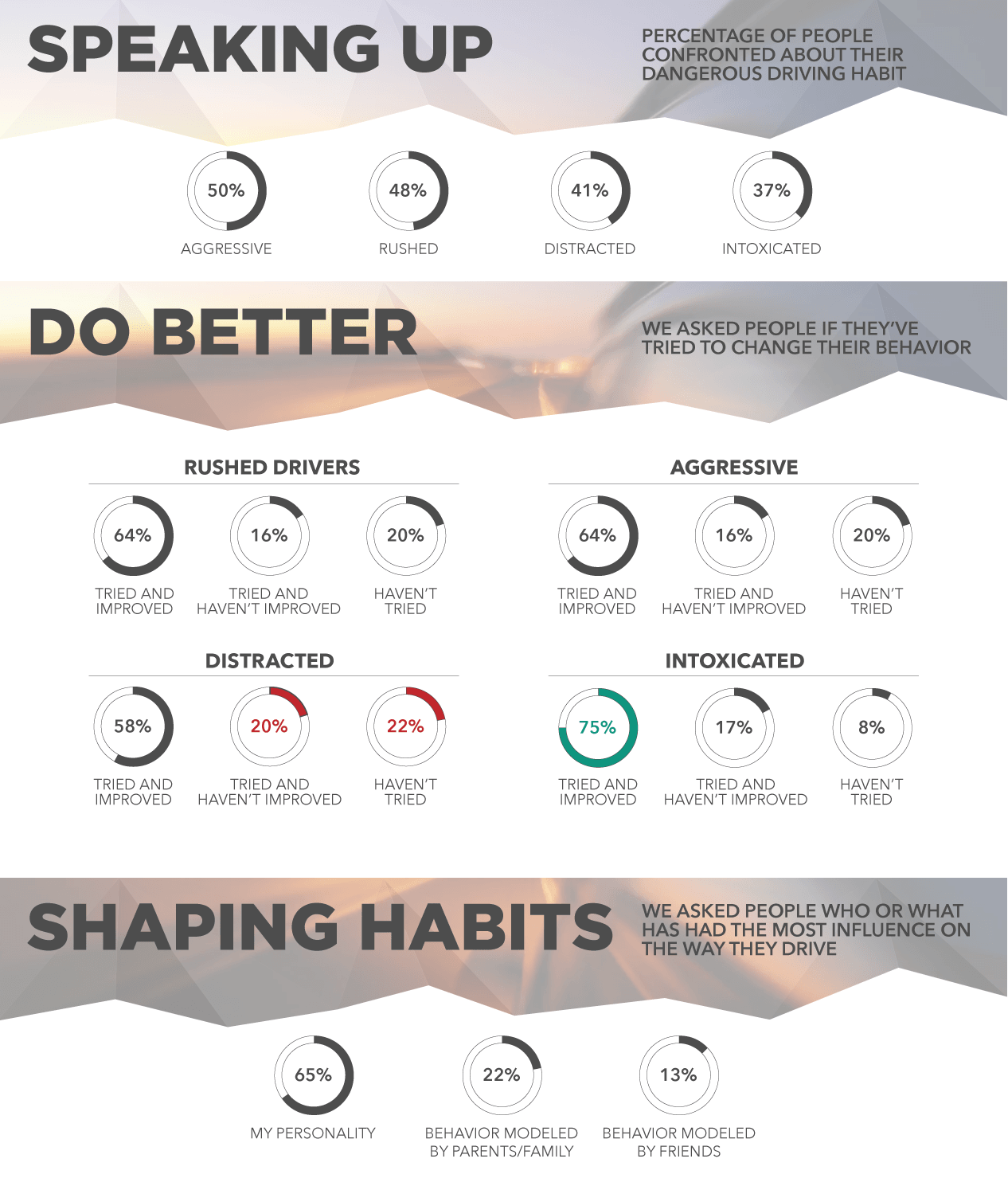 Aggressive drivers are often easy to spot on the roads, but did you know that nearly half of them say they feel bad about it after? According to Envista Forensics’ survey, 47-percent of respondents said they felt remorse over any other justification about their aggressive driving.

Awareness is a powerful motivator is cutting back on this bad driving behavior. While roughly half of the aggressive drivers surveyed said they’ve been confronted about their behavior on the road, just over a third (37-percent) of intoxicated drivers have been called out for getting behind the wheel in that state. 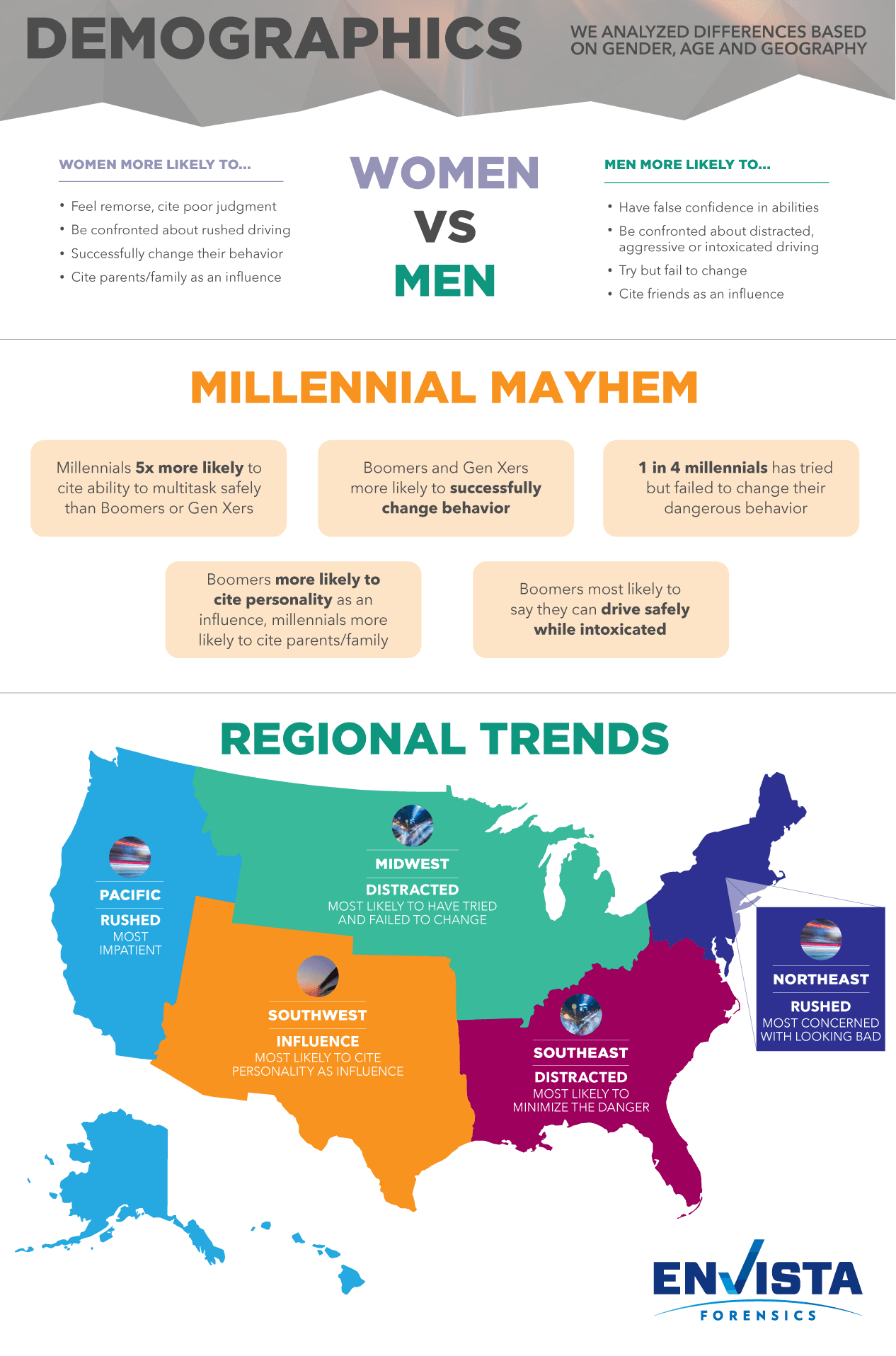 So who is most likely to change their ways?

Both rushed and aggressive drivers found that they were able to improve their driving with practice: 64-percent of each group surveyed said they successfully changed and improved their dangerous behavior.

Men surveyed, on the other hand, are more likely to have false confidences in their abilities, to be confronted about distracted, aggressive and intoxicated driving, men surveyed are also more likely to fail to change their ways.