Today – within moments of when you received this email – the 2018 Winter Olympics in Pyeongchang, South Korea will start.

And – like with most anything – there’s a stock market angle for that.

The Olympics can fuel the host nation’s economy in anticipation of the event… and also deliver a jolt to national pride. And the big winners have their moment on the global stage. What does that mean for stock returns?

The Winter Olympics and the host country

The table below shows the market returns for the market of the host of the Winter Olympics going back to 1988, compared to the returns of the MSCI All Country World Index (ACWI), a global stock market index.

It’s not just the host country that can see a bump in its market from the Olympics, as you can see in the table below. 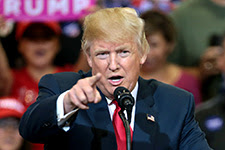 In total, four out of five (excluding 1994 and 2014) of the countries that won the most medals outperformed the MSCI ACWI the rest of the year of the Olympics. And three out of five outperformed during the following two years.

For example, in 2006, Germany saw its market rise 24.1 percent after winning the most medals, versus a 15.1 percent return for the index. And over the two-year period, it was up 69.3 percent versus just 29.7 percent for the index.

So why would the stock market of a country that won the most gold medals in a global sporting event perform well afterwards?

Winning gold medals might be a sign of underlying health in a country’s economy. It could reflect that a country has sufficient means to invest in activities like sports, which bodes well for the advanced state of other parts of the country’s economy. But that’s pretty shaky.

As with a lot of quirks in markets – such as the January barometer, the Super Bowl indicator, sector rotation, and “sell in May and go away ” – there often isn’t a good explanation. But just because there’s not a good reason for an investment phenomenon doesn’t mean investors can’t make money from it.

However, keep in mind that this is a very small sample size. Our data goes back 30 years or less.

But it’s still worth paying attention to who wins the most gold medals at this year’s Olympics.