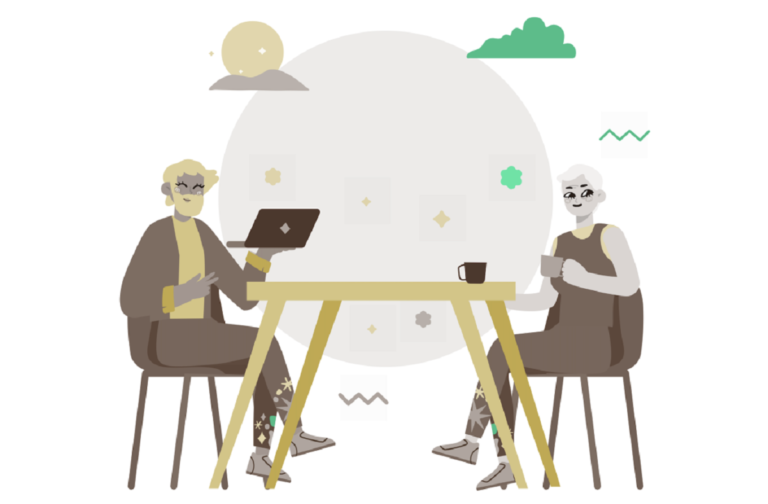 On January 20, 2021, Joe Biden became president. But, what kind of policies has he implemented since?

Well, the Biden administration is aiming to make the income tax system more progressive. ‌Biden’s plan would also raise taxes by $2.4 trillion over the next ten years.

Meanwhile, the Biden administration wants everyone making more than $100 million to pay at least 20% of their income in taxes. This would include unrealized capital gains. Currently, these are not taxed.

“The original Setting Every Community Up for Retirement Enhancement (SECURE) Act was passed into law by former President Donald Trump in December 2019.” RMDs, contributions to traditional IRAs, and loans taken out of 529 plans were all altered by this legislation. This also made annuities more readily available to 401(k) plan administrators.

“It also requires 401(k) and 403(b) plans to automatically enroll participants when they become eligible, though employees may opt-out of this coverage,” adds Nadelle. “The automatic enrollment amount starts at a minimum of 3% of salary.” However, “no more than 10% — followed by a 1% increase each year until it reaches said 10%.”

Suffice to say, Biden’s retirement plan, as well as Congress, have a big plan for your retirement savings. But, here are 4 things that you need to watch out for.

As part of President Joe Biden’s budget proposal for 2022, the top rate will rise‌ ‌to‌ ‌39.6%. What’s more, this specifically applies to capital gains and dividends. However, only for people with an adjusted gross income of over $1 million.

Because of the tax hikes, high-income investors might be tempted to invest elsewhere. Where? Most likely into tax-free retirement accounts like Roth IRAs. However, it could also benefit those with 401(k)s. The reason is that they’ve deferred their taxes until retirement.

How retirement accounts will be impacted.

In Biden’s budget proposal for 2022, tax-advantaged retirement accounts like Roth IRAs and 401(k)s are gaining traction. Why? Because these could be a way to reduce capital gains taxes and grow capital.

If, for example, an investor moves money into a Roth IRA, they will be required to pay taxes upfront. Then they can withdraw tax-free after turning 59 1/2. ‌High-income investors would benefit from lower rates now.

401(k)s allow investors to defer paying taxes on their investments until they withdraw them. ‌To reduce their income, they can limit the amount they take out of it. That gives them more tax flexibility.

Biden’s budget proposal appears to be targeted mostly at high-income taxpayers. But, low- and middle-class Americans can also be affected in a variety of‌ ‌ways. ‌An example of this could be the value of a retiree’s retirement portfolio changing if the tax hike causes stock market sell-offs.

According to Fidelity’s president of employee benefits, Kevin Barry, though, “the stock market’s recent performance provided a boost to retirement savings balances.” ‌In addition, Barry explained that investors are able to choose how much to save in their retirement accounts.

Also, Biden wants caregivers to be able to catch up on their retirement contributions. ‌This means they can contribute more than the annual limit to their 401(k). ‌Currently, you have to be employed to contribute to a retirement plan. And, catch-up contributions are available only to individuals 50 and older.

Based on a bipartisan bill by Representatives Jackie Walorski and Harley Rouda, this “would allow individuals that took at least one year out of the workforce without receiving an earned income, for the purposes of caring for a family member, to make catch-up contributions in years prior to age 50 to their 401(k) plans, individual retirement accounts (IRAs), and other eligible retirement accounts.”

Are Social Security benefits in jeopardy? If you’re like me, you’ve probably heard this most of your life.

Why’s that a problem? ‌This would result in beneficiaries receiving just over 80% of what is owed to them.

Well, the Biden is trying to fix this — and more.

“The Biden administration is giving an assist to self-directed retirement plans struggling to keep up with an investment landscape that’s rapidly turning a more vibrant shade of green, easing Trump-era restrictions and hinting at broader guidance that could make investing to protect the environment a default choice,” writes Austin R. Ramsey for Bloomberg Law.

But, how exactly does climate change affect retirement plans?

Stock performance and dividends, as a result of these financial risks and rewards, trickle down to investors. “Most 401(k) participants access the market through a set of funds they choose, each of which stacks their portfolios to eliminate risks and maximize the return on investment.”

Despite this, retirement plans themselves have a lot of clout. ‌In the US, retirement accounts hold about 37% of the $22.8 trillion in outstanding stock. “That’s the largest total share of investments of any other asset class by far, outstripping taxable brokerage accounts, insurance, and nonprofit investments combined,” Ramsey explains.

It doesn’t matter how most U.S. retirement plans invest; companies that receive the investment and stock markets will benefit.

For income tax purposes, the holder of a grantor trust is deemed to own the trust assets. ‌Grantors may use this arrangement to manage trust assets without realizing gains and to pay income taxes without having their gifts considered taxable, explains the team over at U.S. Bank. As such, Grantor Retained Annuity Trusts (GRATs) and other forms of trusts would likely be affected by several provisions of the new proposals.

Except where noted otherwise, all proposed changes could take effect after the new tax law becomes effective.

Minimum and maximum value requirement for a GRAT.

At present, there is no minimum GRAT amount. ‌What’s the plan if you want to qualify for a tax break inside the GRAT? Restricted assets must have a minimum value of either $25,000 or $500,000. Also, the GRAT must last at least ten years. And, the annuitant’s life expectancy may not exceed ten years.

Estate planners typically use a grantor trust to sell appreciated assets for a promissory note. ‌The updated requirement would be that notes have enough interest to avoid below-market status. ‌For gift and estate tax purposes, you use a discount rate based on the remaining term (AFR) or actual interest rate.

GST trusts and direct transfers to beneficiaries no more than two generations below the transferor (grandchildren) would be exempt from GST tax. ‌Those born after the trust was created would get the same tax treatment. ‌Terminations of GST trusts, while any of these people are beneficiaries, would be taxable as well.

How much will my taxes increase under the Biden tax plan?

The Biden plan would not increase taxes for individuals earning less than $400,000. Most people’s taxes would be reduced and expanded by tax benefits like earned income credits and child care subsidies.

Due to this, corporations, as well as taxpayers making more than $400k, would face higher taxes under the Biden tax plan. ‌Additionally, the top marginal tax rate for individuals would return to 39.6%. ‌Also, step-ups in basis for equity and hedge fund managers would be removed.

How will this tax plan affect your retirement accounts?

Tax reform could profoundly affect retirement planning. ‌The new proposal may make 401Ks less appealing to high-income earners. Why? Because of the tax benefits reduction. A Roth IRA may be the better option. ‌As a result, you may need to adjust your retirement contributions.

The Social Security system faces‌ ‌funding‌ ‌chances. ‌At the end of 2020, it will have a surplus of $2.9 trillion, having collected more than it has paid out for decades. “But the system is starting to pay out more than it takes in, largely because the retiree population is growing faster than the working population, and living longer,” he explains. “Without changes in how Social Security is financed, the surplus is projected to run out in 2034.”

In any case, Social Security won’t go bankrupt. ‌It‌ ‌will‌ ‌continue collecting taxes and paying benefits. “But it will only bring in enough to pay 78 percent of scheduled benefits, according to the latest estimate,” Markowitz adds. “To avoid that outcome, Congress would need to take steps to shore up Social Security’s finances, as it did in 1983, the last time the program nearly depleted its reserves.”

How much can I contribute to my retirement account?

401(k) and IRA contribution limits for Internal Revenue Service (IRS) accounts are inflation-indexed. That means they increase each year.

For those 50 or over, you can contribute an additional amount of money. The IRS calls this a catch-up contribution.

The SECURE Act 2.0 would increase the amount of catch-up contributions allowed to older Americans. This would namely apply to those 62, 63, and‌ ‌64. ‌

This contribution will only last ‌three‌ ‌years. ‌What if you’re 65 and older. The regular catch-up contribution limits will still apply to you.

How much does the president really affect your retirement savings?

Americans‌ ‌tend to overestimate the power of the president. This is particularly as to how much change one person can achieve. ‌There is no doubt the president is president. However, our government doesn’t get much done without teamwork. You can thank our system of checks and balances.

So, even if the President uses executive orders, they must still work with Congress in order to pass major legislation.

Article by John Rampton, Due

John Rampton is an entrepreneur and connector. When he was 23 years old while attending the University of Utah he was hurt in a construction accident. His leg was snapped in half. He was told by 13 doctors he would never walk again. Over the next 12 months he had several surgeries, stem cell injections and learned how to walk again. During this time he studied and mastered how to make money work for you, not against you. He has since taught thousands through books, courses and written over 5000 articles online about finance, entrepreneurship and productivity. He has been recognized as the Top Online Influencers in the World by Entrepreneur Magazine, Finance Expert by Time and Annuity Expert by Nasdaq. He is the Founder and CEO of Due.