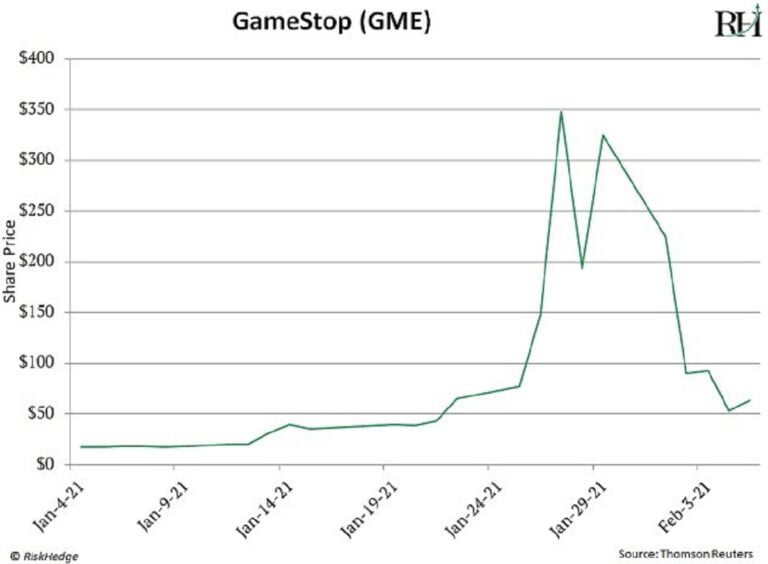 Should I be investing? What are the “hot” stocks? How much money do I need? Stephen! HELP!

My phone’s been lighting up over the past few weeks. Old friends from college who I haven’t talked to in years are texting me about stocks—for the first time ever. I’m not surprised. They’ve been seeing “GameStop short squeeze” and similar headlines plastered across their Facebook and Twitter feeds 24/7.

They’re intrigued. They’re confused. They want to know how they can get rich! One even asked if he should put $5,000 into GameStop (GME) after it had already surged a mind-boggling 1,900%. I told him not to touch it.

He would have gotten taken to the cleaners (and probably scared off from ever investing again). As you’ve probably seen, shares have fallen off a cliff recently, crashing 85%. Which would have shrunk his $5K into less than $600—in a matter of days. 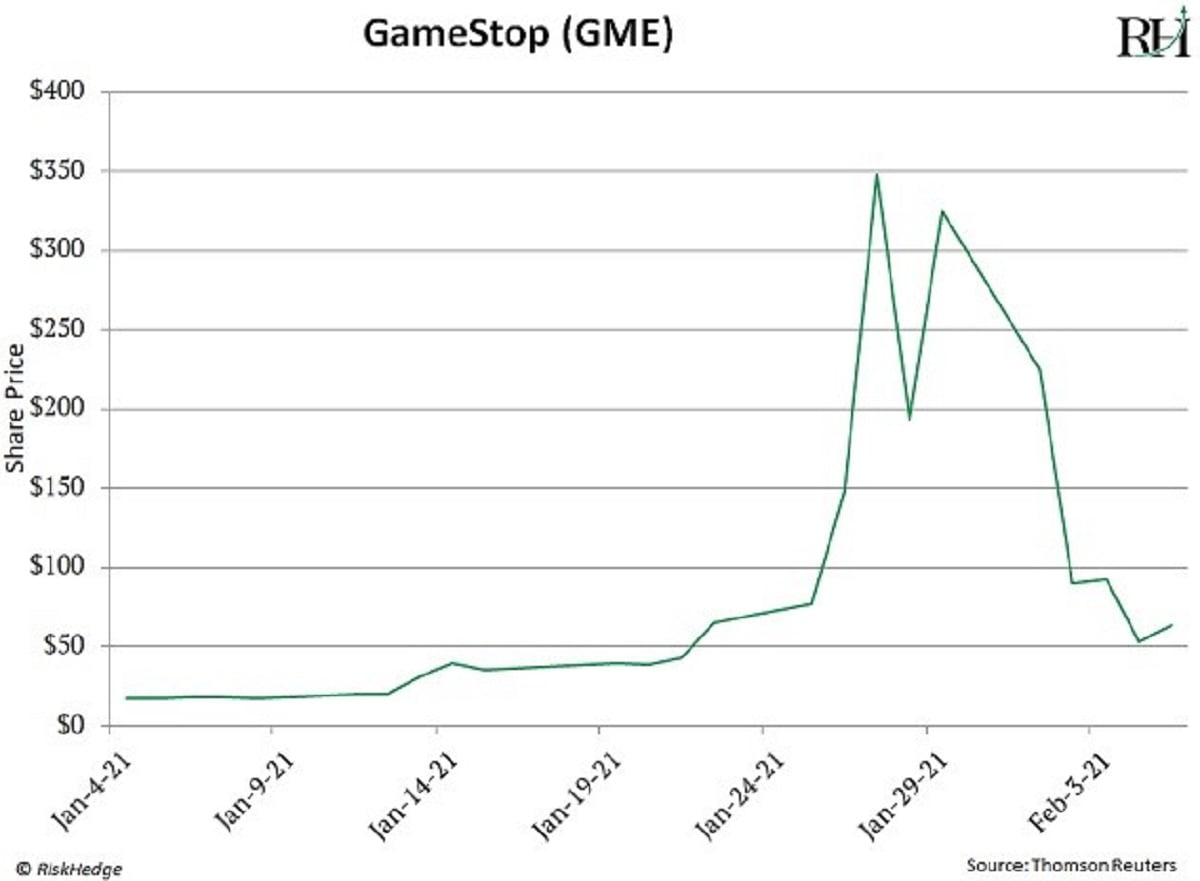 Some Say This Craziness Is A Sign Of The Top

And yes, it would be completely normal—and healthy—for the market to pull back here. After all, the S&P 500 has rallied nearly 20% over the past 3 months alone. But I’m happy to see folks getting interested in investing for the first time ever.

It’s all part of what of a new megatrend that will propel stocks higher for years. You see, Millennials—the largest (and soon to be richest) generation in American history—are pouring into the stock market for the first time ever.

And it’s a GREAT thing. Tens of millions of young investors are flooding into the market. And that’s a wonderful thing for stock prices. These Millennials aren’t interested in owning boring bonds. This is a generation of stock pickers. Fundstrat estimates $6 trillion could flood into stocks over the next decade. You don’t want to be sitting on the sidelines as this massive shift kicks into high gear.

In a minute, I’ll share the type of I recommend buying. It’s also one of the single greatest ways to build long-lasting wealth.

But first, here’s how NOT to build long-lasting wealth. After GameStop, my friends started asking me about the other “flavor of the week” stocks. Like AMC Entertainment (AMC): 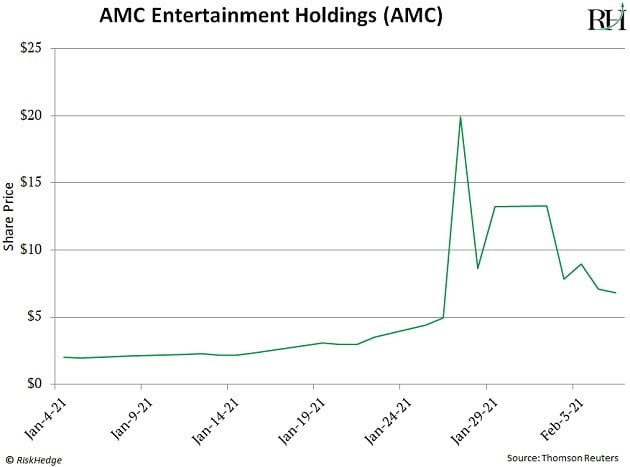 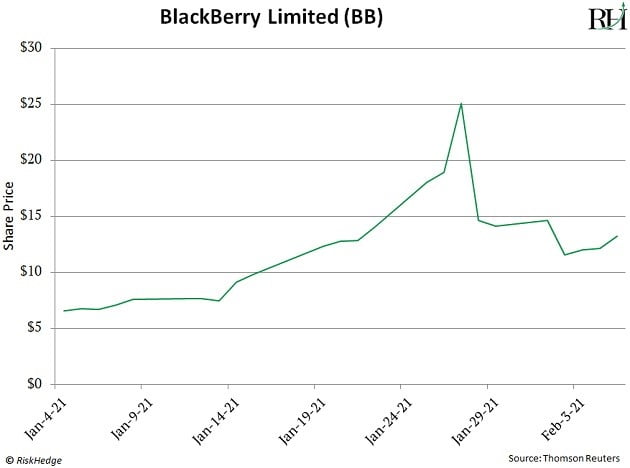 After soaring to the moon, these stocks are falling back down to earth just as fast. Both plummeting more than 50% in a week. This isn’t how you succeed in the markets. This is how you go BROKE.

GameStop, AMC, Blackberry, And Others Are "Bottle Rocket" Stocks

Bottle rockets shoot up, then plunge back to earth. It’s exciting. But it’s over in an instant. That’s exactly what we saw with all of these pumped-up stocks over the past week.

I told my friends to stay away and never look back. Then I sent them this essay I penned last year.

As I explain in that essay, owning stocks is the single best way to get rich over time. But you have to be smart and patient. When you save and invest your savings in a successful business, you accumulate assets that earn money while you sleep.

That last part is key. Investing in successful businesses. That’s the opposite of GameStop, the dying video game retailer that’s following the same dark path as Blockbuster. Or AMC, which owns and operates a chain of movie theaters. Its business has been decimated by COVID, not to mention the explosive growth in streaming.

Instead, you want to own world-class businesses. Companies that are changing the world. Ones that will dominate for a long time.

I Call These "disruptors"

They completely flipped their industries upside down. And most important, disruptors can hand you investing profits you simply won’t find elsewhere. For example:

In short: You want to own UNSTOPPABLE DISRUPTORS. Not bottle-rocket stocks that pop off then fade away.