Today I’m spilling the beans on something very important. It’s a “truth” about investing almost nobody understands. This truth explains why most investors struggle to make any real money in the stock market… while a few achieve life-changing gains.

The truth is: most stocks are horrible investments. Let me show you what I mean, and how you can turn this truth into an edge that’ll let you beat 99% of investors.

This Truth Has Been Fooling Investors for Centuries

About 150 years ago, whaling was one of America’s most important industries. Electricity hadn’t been invented. To light up streets and homes at night, folks burned highly flammable whale oil.

By 1850, whaling was America’s fifth-largest sector, and it paid extremely well. Just a few thousand whalers earned the modern-day equivalent of $27 billion in one year. But most voyages never made a dime.

A few years ago, Chicago University researchers wrote a book about the US whaling boom: In Pursuit of Leviathan. They analyzed 4,000+ voyages and found one-third of whalers actually lost money. And get this: the top 1.7% of whalers generated almost all the returns.

What if I told you the same is true in modern-day investing? Look at the venture capital (VC) industry, for example. Most venture-backed startups fail. A small portion do okay. But only a handful turn into multibillion-dollar winners.

In the book VC: An American History, Tom Nicholas compared VC returns over the past few decades to whalers 150 years ago. And they look eerily similar. Roughly one-third of funds lost money, and only a tiny fraction hit it out of the park—as you can see here: 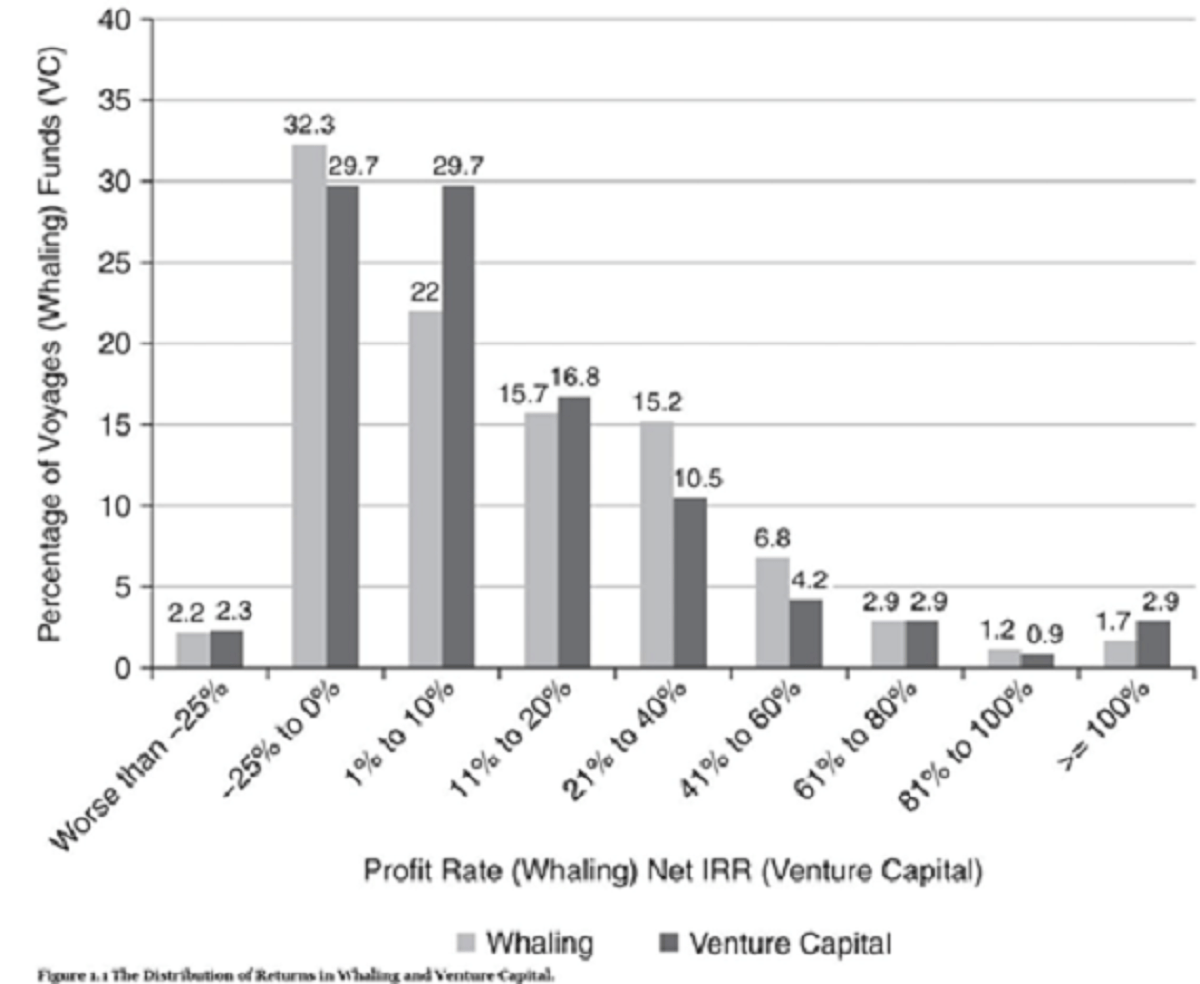 Tons of losers and a few big winners.

The US Stock Market Follows the Same Pattern

JP Morgan Asset Management recently published a great paper called Agony & Ecstasy. It’s a deep dive into the performance of the US stock market over the past 40 years. And it confirmed an important investing truth: most stocks are “duds.”

JPMorgan found almost half of stocks suffered a “catastrophic loss” from 1980 to 2020. Meaning they plunged 70%+ and never recovered. Another 26% of stocks handed out returns lower than the overall market.

In other words, roughly eight in 10 stocks were total duds that cost investors’ money. But you surely know the US stock market is a lot higher than it was forty years ago.

How is that possible when eight in 10 stocks are losers? Turns out, all of the market’s returns came from just 10% of stocks, which JPMorgan called “megawinners.” In short, this elite group of stocks performed so well, they pulled the entire market up with them.

In short, the odds are stacked against investors from the start. It’s no wonder most stock market investors struggle to even keep up with inflation. This is why picking individual stocks isn’t for everyone. In fact, many folks are better off owning a broad basket of US stocks or buying indexes.

By simply owning the S&P 500 ETF (SPY), you would have doubled your money over the past five years. That’s a good, stress-free option. But investors who really want to get rich have to hunt for “megawinners.”

Here’s How to Find These Elite Stocks

It’s a lot easier once you know what to look for. Here are the top performing large US stocks over the past ten years: 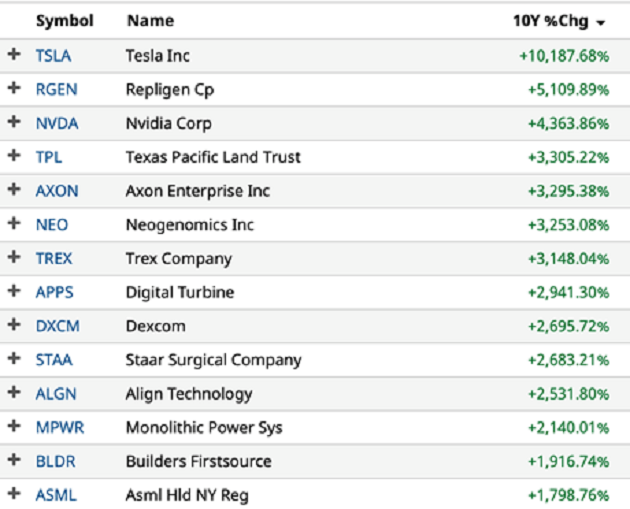 These megawinners aren’t all household names. But most of them share one key trait: They are disruptors. Longtime RiskHedge readers know disruptors are companies that change the world and invent the future. Take a quick look at the top three megawinners.

Tesla rocketed to the top of the list by pioneering affordable electric cars. Repligen invented machines pharma companies use to make life-saving drugs. And America’s largest chipmaker, Nvidia, is the “brains” behind the most important artificial intelligence (AI) projects in the world today.

As you can see, it’s a lucrative strategy to invest in companies pioneering whole new industries and transforming old ones. The above list shows businesses that achieve these feats routinely turn out to be megawinners, and can hand you 1,000%+ gains, or sometimes a lot more, over the course of a decade.

For example, I made a big call back in 2018. I said if I could only buy one stock for the next five years… it would be Nvidia (NVDA). The stock has more than doubled since then: 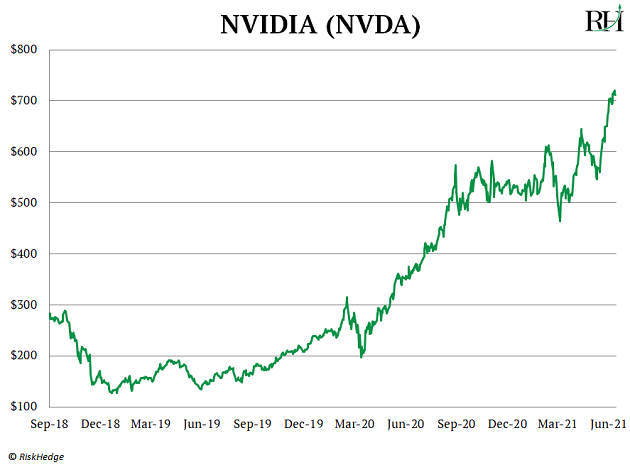 Why did I choose Nvidia? It ticked all the boxes to be a megawinner. The disruptive chipmaker almost single handedly revived the dream of creating artificial intelligence (AI) with its revolutionary chip called the GPU.

Not only are these chips responsible for the real-life video game graphics we have today, these gaming chips are perfect for training machines to “think” like humans. This breakthrough has helped Nvidia grow its AI-related data center sales 1,850% over the past five years. Remember, disruptive megawinners routinely pioneer whole new industries. This allows them to grow uninterrupted year after year.

Nvidia’s stock has handed out 14x gains over the past five years. So next time you think about buying a stock, remember the truth: Most stocks are bad investments. If you want to get rich investing, you must own the “megawinners.”