Amid deep political division, Americans united in worry about retirement, according to new research from the National Institute on Retirement Security

Vast Majority Agree Social Security Should Remain A Priority, With Half Supporting Expansion

Webinar on February 25th at 2 PM ET to Review Findings

Concerns About Financial Security In Retirement

WASHINGTON, D.C., February 18, 2021 – A new report finds that despite a highly divisive political climate, Americans across party lines share concerns about their financial security in retirement. The vast majority of Democrats (70 percent), Independents (70 percent) and Republicans (62 percent) agree that the nation faces a retirement crisis. There also is bi-partisan agreement that the average worker cannot save enough on their own to guarantee a secure retirement, along with broad support for Social Security and pensions.

Retirement Insecurity 2021|Americans' Views of Retirement presents the results of a national survey conducted by Greenwald Research to measure sentiment on a broad range of retirement issues. The full report is available here. A webinar is scheduled for Thursday, February 25, 2021, at 2 PM ET to review the findings. 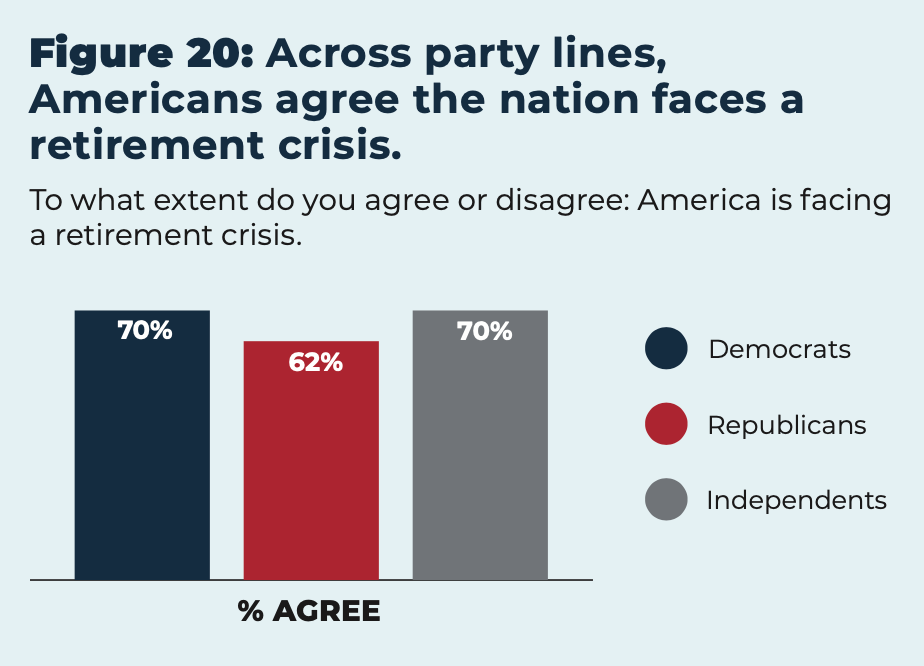 “We also found that retirement anxiety transcends political affiliation. Across party lines, Americans are frustrated with policymakers and that they can’t save enough on their own to be self-sufficient in retirement. As such, enacting retirement policy solutions would be a win-win for policymakers and the country, delivering financial relief for working families on an issue that concerns Americans on both sides of the aisle,” Doonan explained.

In terms of retirement policy, the research indicates that Americans are highly supportive of Social Security (79 percent), and there even is some support for expanding the program. And, most Americans (60 percent) agree that it makes sense to increase the amount that workers and employers contribute to Social Security to ensure it will be around for future generations. Americans also are highly supportive of pensions (76 percent), and see these plans as better than 401(k) savings accounts for providing retirement security. Three-fourths of Americans say that all workers should have access to a pension plan so they can be independent and self-reliant in retirement.

The research key findings are as follows: 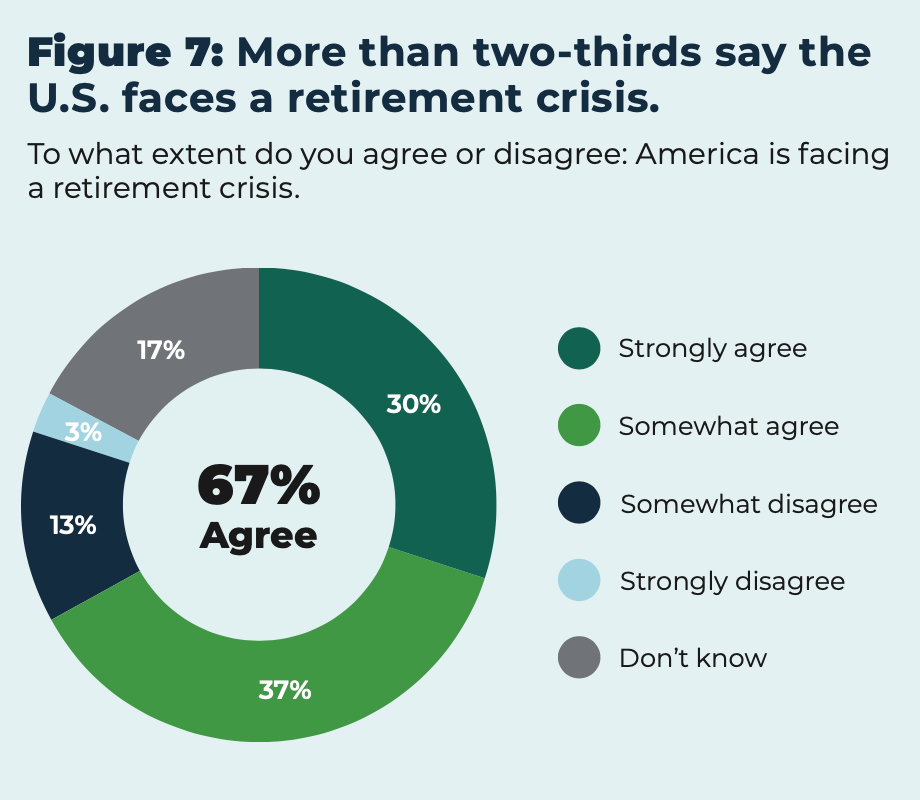 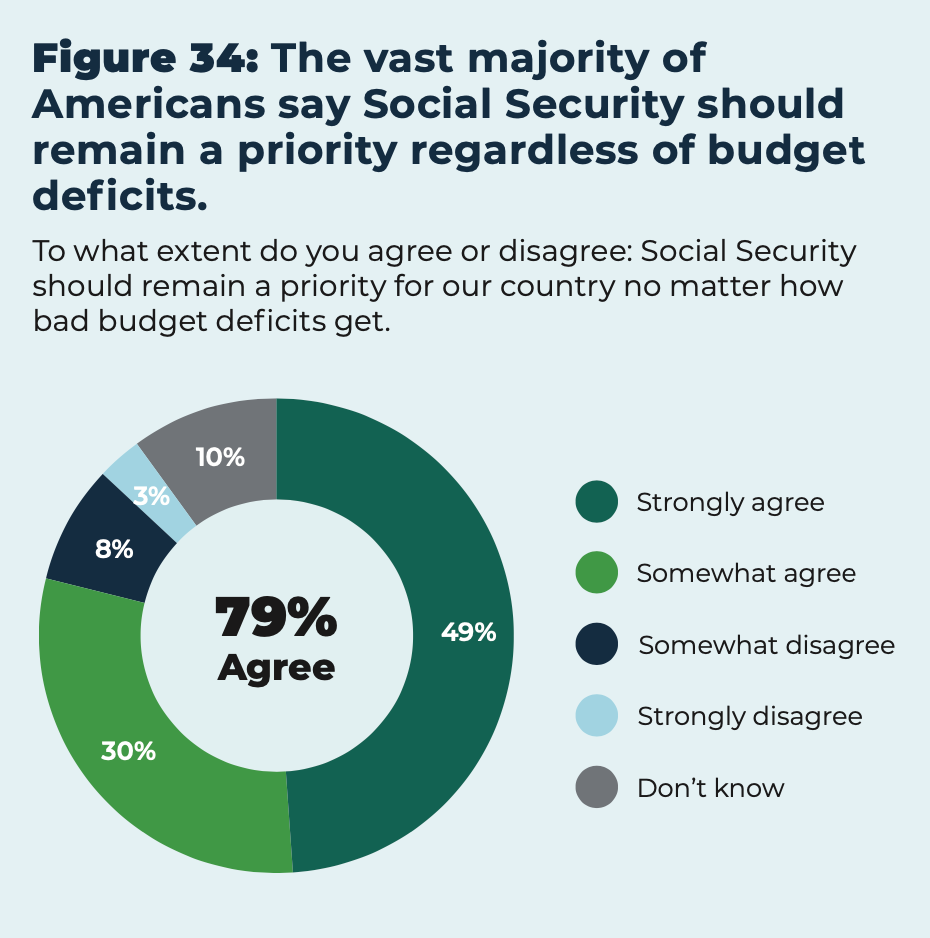 About the The National Institute on Retirement Security

The National Institute on Retirement Security is a non-profit, non-partisan organization established to contribute to informed policymaking by fostering a deep understanding of the value of retirement security to employees, employers and the economy as a whole. Located in Washington, D.C., NIRS’ diverse membership includes financial services firms, employee benefit plans, trade associations, and other retirement service providers. More information is available at www.nirsonline.org. Follow NIRS on Twitter @NIRSonline.