Goldman Sachs upgraded Tesla yesterday – see below for screenshots of the beginning of the report. 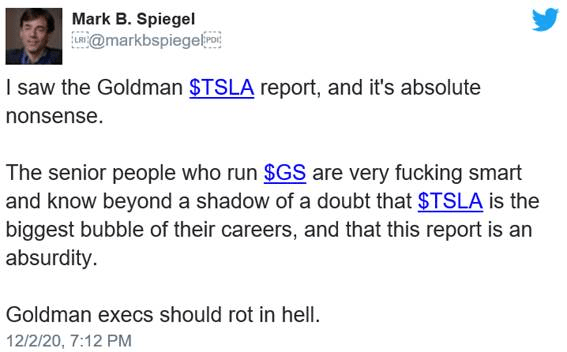 Then, after Jim Cramer defended the GS analyst, Spiegel tweeted this reply: 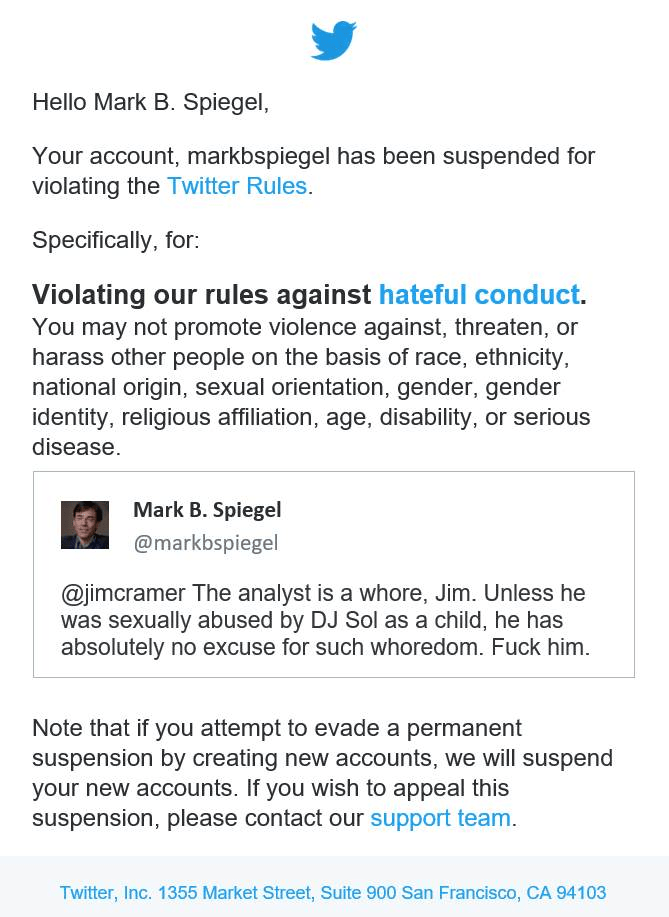 Spiegel has filed an appeal, which I think should be granted and his account reinstated.

While Spiegel’s language is colorful (to say the least), he is certainly not promoting violence against, nor threatening, nor harassing the GS analyst, Mark Delaney, who of course knew that his report was sure to trigger strong reactions from the many folks who are bearish on Tesla.

Rather, in using the word “whore” (selling yourself for money), Spiegel simply expressed (very strongly!) his opinion that Delaney’s upgrade was influenced by his desire to curry favor with the company to better position Goldman to do investment banking business with Tesla.

Whether this is true is impossible to know – but there’s no doubt that such behavior is, unfortunately, par for the course on Wall Street… 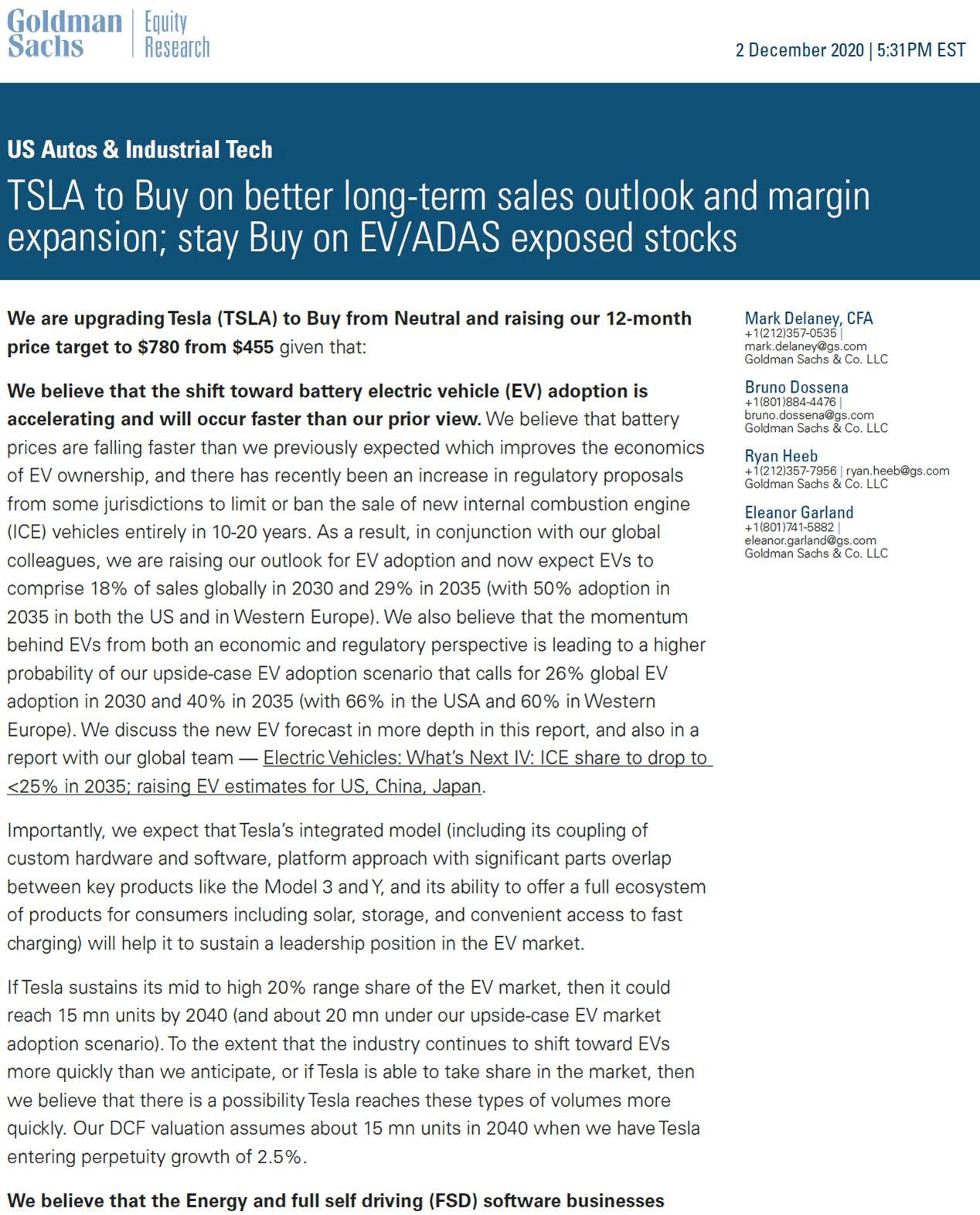 1) Fortune just named Elon Musk its Businessperson of the Year – full text below of the article. Well deserved…

Tesla implemented new battery in China without *any* testing: Report

This seems aggressive and appears to have mis-fired:

A source inside CATL revealed that 9 months passed from the moment Tesla said it wanted LFP battery to the moment mass production started. Vehicle tests, component DV/PV tests were omitted, the inside source said while another source revealed that Tesla does not have vehicle test team in China.

Without proper testing, that's when you get things like the Thalidomide scandal from 1960: