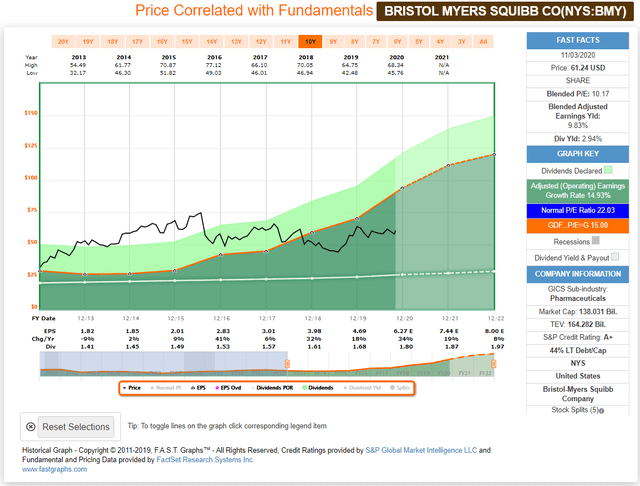 As Mr. Valuation, I find myself constantly reminding investors that value investing requires patience. However, value investing also requires the willingness to get your money in front of attractive valuation when it is discovered. Trying to time your purchases perfectly can just as easily cause you to miss out on significant gains as it is to participate in them. More directly stated, significant undervaluation can stimulate strong pent-up demand causing stock prices to rise rapidly. Therefore, if you are not already in front of those advances, you can miss out on a lot of profit and opportunity.

Furthermore, it is also common that the most attractive valuations can be found in a specific out-of-favor industry. Healthcare is one example of a sector that has been out-of-favor primarily predicated on healthcare reform risk based on politics. Consequently, the recent election results (or lack thereof) have been very favorable to healthcare in general and several subsectors more specifically. The reason is simple, the threat of significant healthcare reform has become much less likely because it appears that the GOP will retain a majority in the Senate resulting in diminishing the Democrats’ power to revamp US healthcare.

It was this threat of healthcare reform that have caused several high-quality healthcare companies primarily in biotechnology, pharmaceuticals, managed-care, and healthcare services to be out-of-favor and therefore undervalued despite the fact that their fundamentals remain strong. As a result, several high-quality companies in these subsectors posted strong price advances on Wednesday, November 4. Below are a Portfolio Review representing 5 high-quality examples that I am currently long on with low P/E ratios and high earnings yields:

Here is What Happens When Pent-Up Demand Meets Value

The following graphics are presented to illustrate important dichotomies between each of the following company’s price and true worth (fundamental) value. Additionally, I have repeated today’s earnings and price correlated graphic to contrast the price action that occurred over one trading day. But most importantly, I want to illustrate that these high-quality companies remain attractively valued even after yesterday’s price advances. Finally, the reader should note the consistency and the above-average growth that each of these companies has achieved historically. Later in the video I will elaborate more fully by showing these companies over longer timeframes.

Even though AbbVie’s stock price rose over 7% yesterday, as you can see by the comparison of today’s graph versus yesterday’s, long-term value proposition has barely changed. Although it is too early to tell, yesterday’s price reaction might be the precursor to AbbVie moving back into alignment with its earnings and cash flow justified valuations. In other words, the stock still looks very inexpensive to me. Furthermore, even though it has been a strong performer since I received it from the Abbott Labs’ spin off, I consider it an incredibly strong performer when I measure it at fair value. Once again, I will elaborate in the video later.

Cigna Corp. had an incredible day on Wednesday, and it continues to rise today. This is a high-quality growth opportunity that I would classify as a GARP (growth at a reasonable price) opportunity. Once again, despite yesterday’s more than 14% rise, I still consider the company undervalued. Since it is purely a growth situation, it would technically carry more risk than the other names I am featuring. On the other hand, the company’s A- credit rating and low level of debt mitigate some of that risk. This is a pure capital gain play that I believe still has significant room to run.

Bristol-Myers Squibb (BMY) were up almost 7% on Wednesday, yet the company remains significantly undervalued based on a surge in earnings growth expected this year and continuing in future years. It seems inexplicable to me that this A+ rated blue-chip with well-defined future growth potential coupled with an above-average dividend yield could be selling at such a low valuation. In addition to continued growth of both earnings and dividends, P/E expansion represents a significant long-term opportunity. As the graphics below clearly illustrate, even after yesterday’s strong showing, BMY is extremely undervalued.

Anthem Inc. is an extremely high-quality A rated growth stock with modest debt that rose just under 12% yesterday. Prior to yesterday’s run up, the stock was slightly undervalued and has now moved to what I would call fair value territory. Nevertheless, I continue to believe this company is attractive based on its quality and fundamental strength.

Finally, biotech giant Amgen represents a quintessential example of how I like to see a stock perform. The orange line on these graphs represents a valuation reference that is the midpoint of a fair valuation range. Consequently, Amgen’s stock price has crawled the line over the past several years exactly as its valuation indicated it should. On Wednesday the stock did rise more than 4.5%, but remains at its attractive valuation range.

The primary message behind this article is that value is worth waiting for, especially when a dividend is associated. Although I only highlighted a few examples that I am long on, there are numerous other examples happening in the marketplace today. A hallmark of value investing is comprised of two traits that many people find challenging to implement. The first is having the patience to wait on a stock while it is undervalued, especially if it has been undervalued for some time. However, I refer to this as “intelligent patience” which implies waiting patiently while fundamentals remain strong and advancing. This contrasts with a so-called “value trap” which I consider to be a company that has low multiples but deteriorating fundamentals.

The second trait is being able to recognize value based on fundamentals. Stated more directly, this means trusting earnings, cash flows and dividends more than price action. This can be extremely difficult for people to accept and/or implement when markets are volatile. And this trait is even more challenging to accept when a stock or sector is out-of-favor during a bull market like we are in today. Two good examples would be healthcare and financials in contrast to tech stocks. This is what I refer to as a bifurcated market. On one hand we have stocks trading at nosebleed valuations and on the other hand bargain-basement valuations. It is hard to buy value when the markets and momentum stocks are surging. Nevertheless, in the long run it will usually be the more profitable strategy.