The Office of Inspector General (OIG) found that although advocacy groups were involved in last year’s decision-making process by the Securities and Exchange Commission (SEC) regarding proxy voting adviser policy changes, their actions did not break the law.

Last November, the SEC pleased corporate lobby groups by introducing reforms to proxy voting advisers and shareholder proposal rules widely viewed as anti-shareholder. Several comment letters were said by Bloomberg News to be penned by individuals with ties to lobby groups. The report also noted that a number of the authors denied having written the letters.

The OIG said all of the individuals confirmed they "willingly submitted a letter to the SEC and did not receive any compensation or benefit from anyone for doing so." U.S. chief federal prosecutors were also interested in the investigation but declined to pursue any criminal actions after failing to find any evidence of criminal activity.

The short seller predicted Sunnova Energy would fall as much as 80% to $5 per share once investors take into account the company’s declining fundamentals and took aim at Sunnova Energy’s governance. It said CEO William Berger omitted his five-year stint at failed energy trader Enron from his biography while noting that the company’s chief financial officer worked at two bankrupt energy companies.

So far this year (as of October 2, 2020), globally, 403 companies have been publicly subjected to activist demands by U.S.-based activists, the lowest number since the same period in 2015. 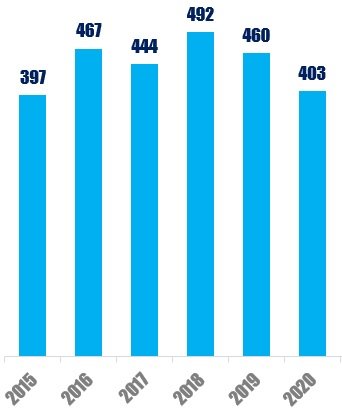