A French court ruled against a request by activist shareholders Amber Capital and Vivendi, which own about 46% of Lagardere’s shares, to hold a special meeting at the company. The duo teamed up to seek a board and management overhaul at the media conglomerate, disgruntled about how the business is being run by Arnaud Lagardere.

The investors sought four board seats, including one for Amber’s founder Joseph Oughourlian, and targeted Chairman Patrick Valroff and another two directors for removal. But Lagardere opposed the special meeting request, saying its directors were duly elected just months before and there was no need for a new board vote. The Paris Commercial Tribunal sided with Lagardere, claiming that the activists were only following their own interests and not those of the company as a whole.

Reacting to the court decision, Vivendi said that it "remains confident in the merits of its case and will appeal against this decision."

Hindenburg Research placed a short bet on Loop Industries, claiming the plastic recycling specialist is in fact "smoke and mirrors with no viable technology," sending the shares spiralling down 35%. The short outfit cited several former employees and Loop partners who detailed concerning issues regarding the business, including a lack of transparency, and misleading and exaggerated statements.

The Securities and Exchange Commission later issued a subpoena into the company requesting the test results of its recycling technologies. The company also disclosed that it is facing separate class action lawsuits in the U.S. and Canada for making false and misleading claims to investors.

To arrange an online demonstration of Activist Insight Shorts, email subscriptions@activistinsight.com or view our product brochure to find out more.

The most frequently targeted sectors in North America between January 01, and October 16, 2020, by the number of companies publicly subjected to activist demands. 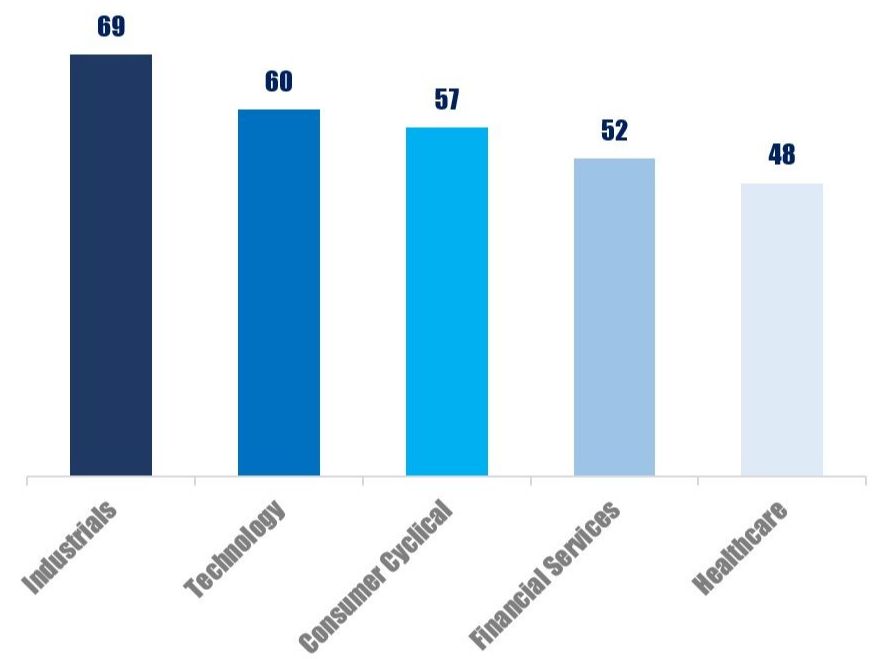